The charge of moral hazard reeks of double standards. However, will India's fiscal deficit targets allow for such a waiver? 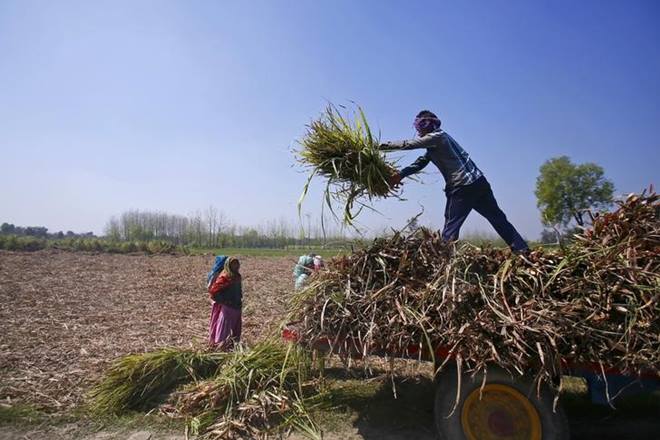 After the BJP’s decisive victory in the Uttar Pradesh (UP) state elections, alarm bells have started tolling in the capital market.

The primary cause for concern is the BJP’s promise to the UP electorate to waive off all farm loans and provide fresh loans at zero percent interest. Capital market analysts and prominent bankers have jumped on the bandwagon of moral hazard, saying that the loan payment discipline amongst farmers will be ruined and that the sacrosanct fiscal deficit maybe breached as a consequence of such ‘populist’ policies.

The BJP’s electoral promise certainly does raises some issues, the two most important of which are whether the central government has the fiscal space to provide for a total farm waiver and whether the criticism of moral hazard is credible.

The farm loan waiver debate has put the spotlight on agriculture in India, a subject largely neglected in stock market research. Out of a total of 138.35 million agrarian holdings in the country during 2010-11, UP accounted for the largest number of holdings, 23.33 million (16.9%). In India, small and marginal farmers comprise 85% of land holding by number, 45% of the operated area under cultivation and the average size of a marginal and small holding is 0.4 and 1.4 hectare respectively.

As per the 2011 census, the total workforce in Uttar Pradesh is 65.81 million and 59% (38.8 million) of it is engaged in agriculture. Even though the share of agriculture and allied sector in the GDP of the state is 22.2% (2014-15), employment is disproportionately high on account of lack of alternative job opportunities.

It appears highly improbable that the Centre will permit such a huge impact on the fiscal deficit in FY’ 2018 as it would have to increase the fiscal deficit (Rs 5,465 billion or 3.2% of GDP), which will antagonise global capital.

If it doesn’t want to increase the fiscal deficit, it will naturally, have to sharply reduce other expenditure or increase revenue; both of which have not been budgeted.  Furthermore, a waiver for crop loans in UP will appear to be discriminatory, as other states will also demand a similar waiver, putting enormous pressure on the fiscal deficit. Therefore it appears that the central government may be highly selective in waiving off all the debt and may introduce some formula where a small fraction only is waived.

Voices have been raised by bankers on loan waivers spoiling the “credit culture”. Arundhati Bhattacharya, chairperson of State Bank of India, India’s largest bank, said it disrupts “credit discipline” amongst borrowers and that “today the loans will come back as the government will pay for it but when we disburse loans again then the farmers will wait for the next election expecting another waiver.”

While indeed there is an element of truth in this statement, the issue is that rural India had been suffering from two consecutive years of drought in 2014 and 2015 which caused widespread misery to large sections of the population. It is the duty of any democratic government in such situations to alleviate the suffering of its people even though it will result in a relaxation of fiscal prudence. As P.V. Maiya, former CEO, ICICI Bank, told this writer, “When farm sector is in distress, loan waiver for marginal farmers is necessary in a democratic society. This needs to be done on the basis of on-going reviews by the government and not as an election time gimmick. The government and not the banks should bear the cost. I don’t see it as a big moral hazard provided the relief is really well thought through and implemented.”

Moral hazard concerns raised by bankers, capital market analysts and media are also very selective. When banks gave large, bulky loans to indebted corporates and business houses who were unable to service the interest on account of the slowdown in the economy and massive siphoning of funds to the company promoters, the banks bent backwards to undertake restructuring on liberal terms to such entities.

No doubt, the terms of restructuring did not entail a loan waiver but subsequent events like Kingfisher Airlines have shown that the banks are simply unable to liquidate collateral when the company in question has collapsed. When such widespread corporate loan restructuring was undertaken, no banker or capital market analyst, barring a few exceptions, rang the alarm bells of moral hazard or claimed that it would spoil the credit culture of India Inc. 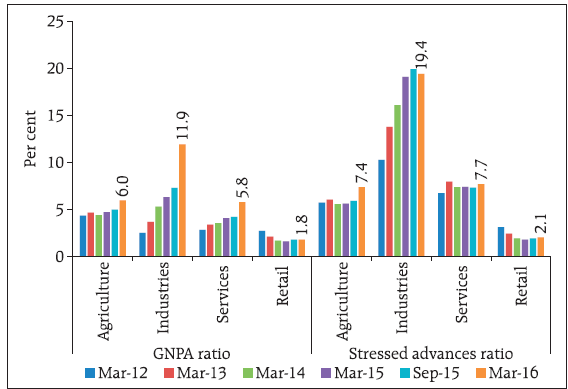 This was all the more surprising as in FY’ 2016, agricultural stressed loans are 7.4% of agrarian loans as compared with industrial stressed loans, which are at 19.4% of total industry loans. The magnitude of aggregate corporate loans and stressed loans is significantly higher as compared with agrarian loans but yet, without fail, when rural distress hits and agrarian loans to poor marginal and small farmers are waived, there are howls of protest. These same howls are conspicuously absent  when large corporate loans are restructured as it is regarded as a stimulus for growth .

The size of Uttar Pradesh’s crop loans, around 0.4% of GDP, does not provide fiscal leeway for a 100% loan waiver as other states will also demand similar waivers, which would in turn would make a mockery of the government’s fiscal deficit projections for FY’ 2018.

The BJP government has been careful to keep the fiscal impact of its other welfare schemes largely neutral by either cutting back on other expenditure or keeping the scheme’s expenditure within manageable limits. The charge of moral hazard, however, is selective as a democratic government has to respond when there is widespread distress in rural or in corporate India. It must alleviate suffering and improve the living standards of its citizens. The BJP has won an unprecedented victory in India’s most populous state and certain economic measures must be incorporated to alleviate widespread social suffering.