The move came a day after parliament approved two agriculture sector-reform bills which have been bitterly opposed over apprehension that they may end MSP-based procurement by the government. 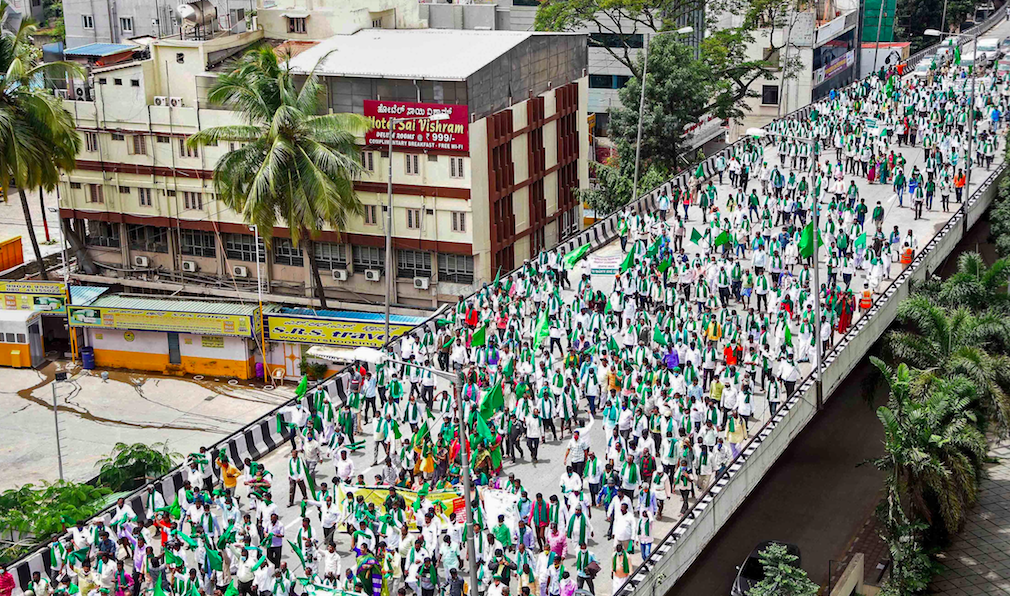 New Delhi: The government on Monday hiked the minimum price for buying six rabi crops, including wheat, by up to 6%, as it sought to send a strong message to farmers on continuation of MSP-based procurement system.

The MSP (minimum support price) of wheat, the biggest crop of rabi season, has been hiked by Rs 50 to Rs 1,975 per quintal, agriculture minister Narendra Singh Tomar said in Lok Sabha.

Besides, MSPs of lentil (masoor), gram, barley, safflower and mustard/rapeseed have been increased.

The move came a day after Parliament approved two agriculture sector-reform bills which have been bitterly opposed by the opposition parties like Congress and TMC as well as from within ruling NDA alliance over apprehension that the new legislations might virtually end MSP-based procurement by the government.

Farmer groups in Punjab, Haryana and some other states are also protesting the two bills – The Farmers’ Produce Trade and Commerce (Promotion and Facilitation) Bill, 2020 and The Farmers (Empowerment and Protection) Agreement of Price Assurance and Farm Services Bill, 2020 – have been passed by Parliament.

Tomar said the MSPs of six rabi crops were approved by the Cabinet Committee on Economic Affairs (CCEA) chaired by Prime Minister Narendra Modi on Monday, a move aimed at encouraging farmers ahead of the sowing operations of winter crops.

Tomar said the government has been maintaining that the MSP mechanism will continue and the approval of new support price ahead of rabi season attests to this fact as against a false propaganda spread by Opposition parties.

Some Congress MPs walked out of the House after Tomar made the announcement about the MSPs.

Citing various data, Tomar said the procurement has been significantly higher under this government in the last six years compared to the UPA regime.

Tomar said Rs 7 lakh crore has been paid to farmers as MSP in the last six years, which is nearly double than the UPA government.

The minister said the MSP and APMC mechanisms as well as the government’s purchase of crops at MSP rates would continue. He added that farmers would also be free to sell outside APMC mandis.

Meanwhile, the government on Monday set foodgrain production target at a record 301 million tonnes for the 2020-21 crop year, up nearly 1.5% from the previous year’s output, on the back of good monsoon rains and higher acreage in the kharif season.

After the minister made the announcement, Congress leader Adhir Ranjan Chowdhury, who was present in the House, said Congress had put in place the structure of agriculture mandis but the government is dismantling it.