The petitioner submitted that the ministries of environment and science have openly pushed GM mustard and that they shouldn't be allowed to regulate GMOs. 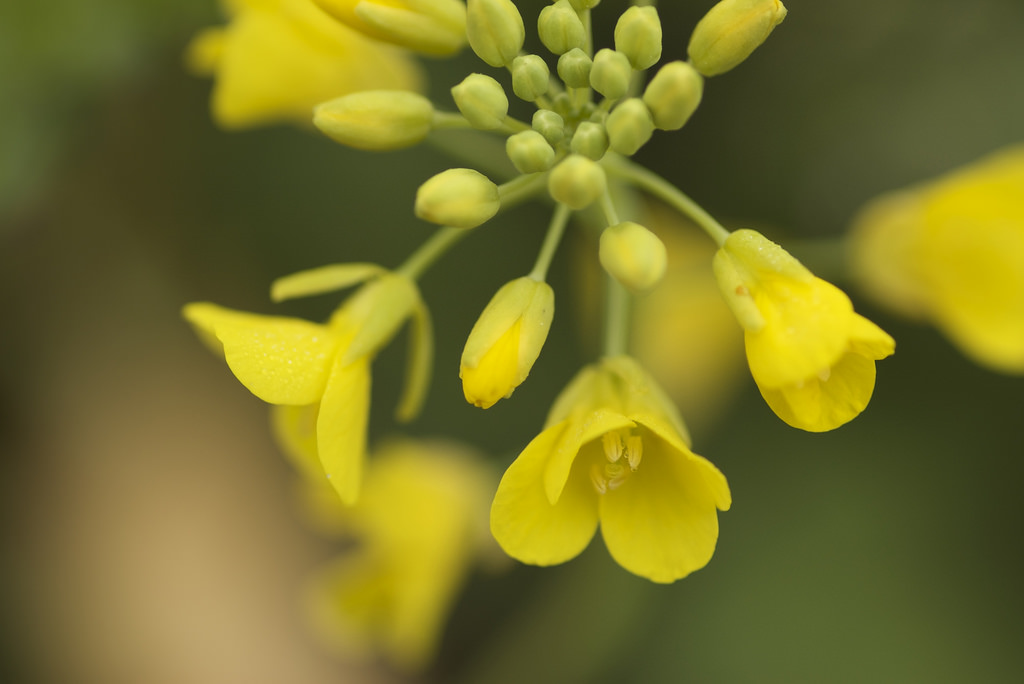 The petitioner has sought the prohibition of open field-trials and the commercial release of GM mustard. Credit: benklocek/Flickr, CC BY 2.0

New Delhi: The Centre on Monday informed the Supreme Court that it will not approve the commercial use of genetically modified (GM) mustard without the court’s approval first.

Attorney General (AG) Mukul Rohatgi gave this assurance before a three-judge Bench of Chief Justices T.S. Thakur and Justices D.Y. Chandrachud and L. Nageswara Rao while hearing a petition filed by the environmentalist Aruna Rodrigues. Rodrigues was seeking the prohibition of open field-trials and the commercial release of GM mustard. Earlier, on October 7, the court had asked the centre not to release GM mustard till the court could take a call on all the issues.

The AG had opposed Rodrigues’s petition saying that GM mustard will significantly reduce the import of canola oil, which India does at the cost of Rs 65,000 crore a year. According to him, the oil was the product of a GM variety of canola and that the country has been importing it for a decade now. He also questioned why the petitioners had chosen to speak up now instead of at anytime in the past. In turn, the counsel Prashant Bhushan strongly opposed the AG’s submissions.

The CJI asked the AG if “the import of GM mustard oil [was] being allowed because of the importers lobby”; and if it was illegal, “it should be stopped”. The bench also issued a notice on an application challenging the composition of the committee that is currently examining whether GM mustard can be cleared for commercial use.

The petitioner, Rodrigues, had additionally sought a moratorium on the release of any genetically modified organisms (GMOs) into the environment pending a comprehensive, transparent and rigorous biosafety review conducted by agencies of independent expert bodies and the results of which are to be made public. The petition also sought a prohibition of open field-trials and the commercial release of herbicide-tolerant (HT) crops, including HT Mustard DMH 11 and its parent lines or variants. Finally, Rodrigues also wanted an inquiry into the field trials and application process of HT Mustard DMH 11.

The petition stated that a sub-committee of the Genetic Engineering Appraisal Committee (GEAC) under the environment ministry had declared on September 5 that GM mustard was safe for humans, animals and the environment. The GEAC had sought comments from the public till October 5; they will now be examined by the same committee. The petition continued, “It is unclear why this HT GM mustard, which seeks to promote itself as hybridisation technology, is even being considered by the Government of India when we already have non-GM hybrids available.”

Rodrigues also submitted that the ministries of environment and science have openly promoted GM crop technology and that they shouldn’t be tasked with regulating GMOs. And since not having implemented the recommendations of a vital five-member technical expert committee report from 2012, she also submitted that people were having to put up with a down-sizing of precautionary regulations as well as the rigorous oversight of GMOs – even to the extent of fraud.

According to Rodrigues, DMH 11 hadn’t been tested according to the established norms of the All India Co-ordinated Research Protocols of Rape-Mustard, which she claimed had been comprehensively flouted in field trials to test the yield of seeds. Her petition reads: “The depth of the wrongdoing is only now fully apparent. … HT DMH 11 is now being considered for commercial release along with its two parent HT GMOs,” and so prayed for the court’s intervention to stop the release of GM mustard. The bench posted the matter for further hearing on November 15.