The ‘soybeanisation’ of the Paraguayan economy has had a devastating impact on the country’s ecology, rural populations and democratic process — but it has been lucrative for foreign firms and the domestic oligarchy. 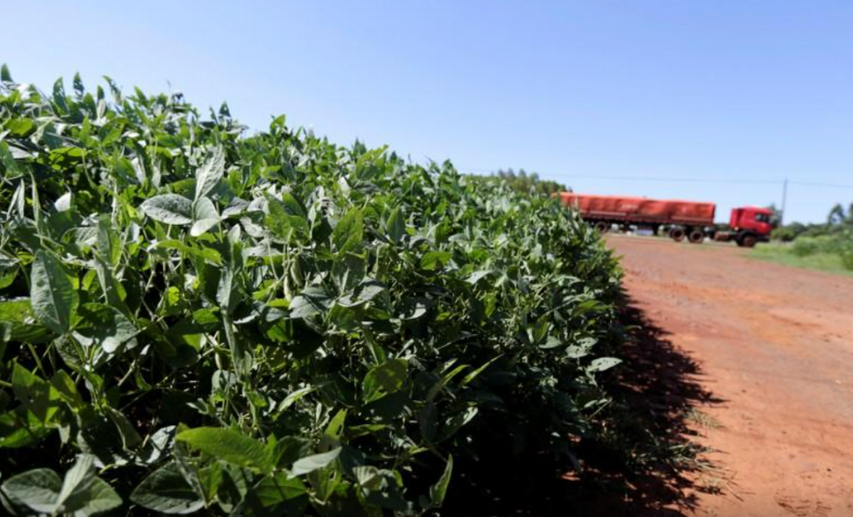 In 2003, the agrichemical behemoth Syngenta published a controversial advertisement in Argentinian newspapers. It showed a map of South America with a large portion of the Southern Cone – Bolivia, Paraguay, Argentina and Brazil – highlighted in green and labelled the ‘United Republic of Soybeans.’ The ad was criticised as an expression of neocolonial avarice directed at one of the region’s most profitable exports. Echoes of the 20th century’s ‘banana republics,’ maldeveloped export economies governed by brutal puppets of US corporations, were obvious.

The implications of the ad were obvious: for multinational agribusiness, the people of Latin America do not matter, nor do fair labour practices or the sanctity of democratically elected governments. These companies only see profit, and they are more than willing to reorganise the region at will to enrich themselves. Agribusiness concerns such as Syngenta, Monsanto, and Bayer have insinuated themselves with governments throughout the region, which have then facilitated the dispossession of rural campesinos – expelling them from their homes, deforesting their lands, murdering them if they become too rebellious – so that the land can be purchased by their corporate friends.

In the words of Joel E. Correia, ‘soy is a central node in networks of social, political-economic, scientific and ecological relations literally rooted in, reshaping and reterritorialising many states in South America..’ Some scholars refer to this violent neocolonial process as the sojización, or ‘soybeanisation,’ of the Southern Cone.

Also read: Futures and Derivatives: Can Farmer Producer Organisations Take Some of the Risk Out of Farming?

Soybean production is central to the political and economic functioning of the Paraguayan state. In fact, sojización recently played a decisive role in the country’s national politics. As noted above, an integral part of soybeanisation is the eviction of rural farmers so that their land can be purchased by multinational agribusiness corporations. In 2012, an eviction of this kind led to a massacre, a national scandal and a legal coup against the leftwing president Fernando Lugo. 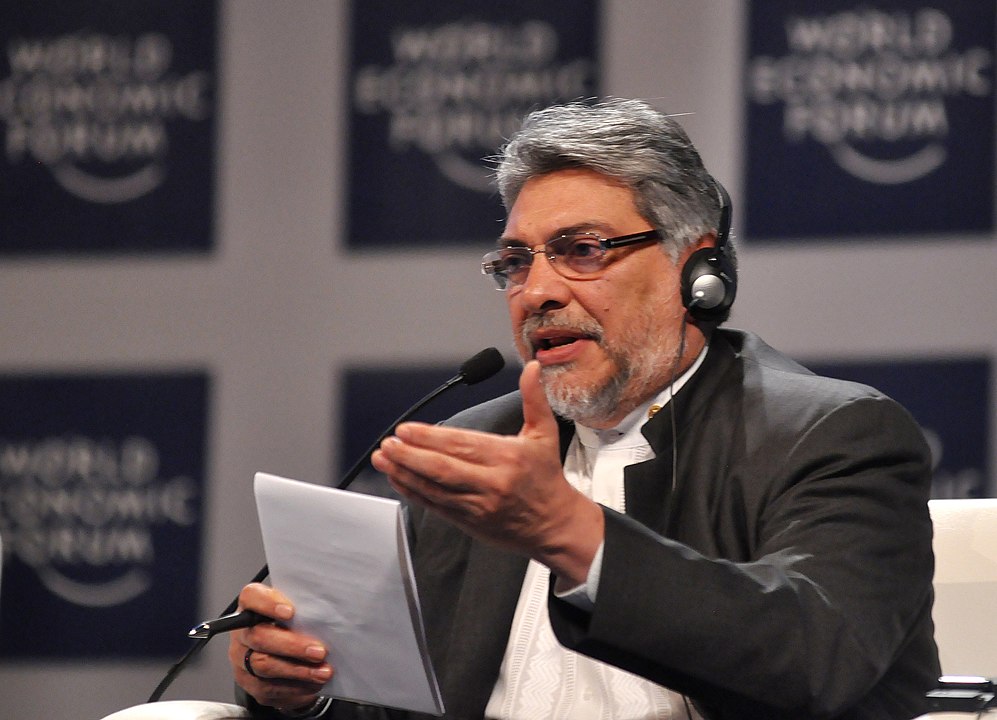 On 15 June 2012, 300 police officers descended on the town of Curuguaty to evict 70 landless farmers from their property. This land had belonged to the state before military dictator Alfredo Stroessner, who ruled for a 35-year period known as the stronato (1954-1989), transferred ownership to a friend. The confrontation, whose exact details remain muddled, led to the deaths of 11 campesinos and six policemen. Rightwing forces in Congress used the killings as a pretext to impeach President Lugo, who, as a former bishop, a student of liberation theology and the first progressive head of state in the country’s history, was seen as dangerously sympathetic to the plight of the farmers.

The fall of Lugo, who was a thorn in the side of agribusiness, was immediately followed by a scramble to appease these powerful forces. The next president, Federico Franco of the centrist Authentic Radical Liberal Party (PLRA), quickly implemented neoliberal reforms that allowed multinationals to produce 19 genetically-modified crops in Paraguay, whereas only one (a Monsanto soybean) had been approved prior to the Curuguaty massacre.

Lugo’s impeachment was the second successful counterattack against the anti-neoliberal ‘Pink Tide’ governments that had come to power across Latin America in the 2000s. The first was the military coup of 2009 that deposed Honduran president Manuel Zelaya, but, significantly, Paraguay’s ‘legal coup’ model would be reproduced in Brazil to remove President Dilma Rousseff in 2016 and pave the way for Jair Bolsonaro’s accession to the presidency two years later. From a regional perspective, it would not be hyperbolic to say that the temporary collapse of leftist governance across Latin America was in part presaged by the political economy of Paraguayan soy.

Soybean production has not always been central to political and economic life in Paraguay. Rather, the sojización has been gradually tightening its hold over the country since the time of Stroessner. Scholars generally agree that there have been two principal waves of soybeanisation in Paraguay. The first was driven by the pre-neoliberal Agrarian Statues of the stronato and the second by the introduction of genetically-modified soy variants into the country. Correia, however, introduces a third stage. He posits that ‘the violent rejection of post-neoliberal politics espoused by former President Fernando Lugo marked the beginning of a third wave of sojización defined by state-led violence and new neoliberalisations of nature,’ i.e. new methods for privatising, exploiting and profiting from the processes of soybean growth and cultivation in Paraguay.

Also read: ‘The Neoliberal Project Is Alive but Has Lost Its Legitimacy’: David Harvey

Lugo’s agrarian populism and his position as a political outsider struck a chord with an imperilled campesino population. However, the inexorable stronato state prevented his every attempt at reform. His struggle to impose a 5% tax on soy exports was suppressed, and when he signed an executive order to limit the use of pesticides, powerful farming corporations organised protests until he backed down.

The swift politicisation of the Curuguaty massacre by the rightwing establishment, coupled with numerous discrepancies in the official investigation and the murder of a key peasant witness shortly before testifying, have led many progressives to believe that the incident may have been manufactured in order to remove the would-be reformist from the presidency. Whether or not this is true, there is no arguing that the judiciary blamed the peasants for the incident and has persecuted them at the expense of an open inquiry into the actions of the police. There is also no denying that the coup was integral to returning the Colorado Party to power under President Horacio Cartes, who continued his predecessor Franco’s programme of accelerated agricultural neoliberalisation.

The violence at Curuguaty and the almost instantaneous coup against Lugo brought Paraguay into the ‘third wave’ of the sojización. This is a period defined by an increase in visible state violence against landless farmers in combination with an even more severe subjugation of traditional agriculture to the harmful efficiencies of GMOs.

Since the passing of Franco’s Decree 9699/2012, the amount of genetically-modified soy grown in Paraguay has increased to 95% of all soybean production. In the years since the return of the Colorado Party, former president Cartes and current president Mario Abdo Benítez have rejected calls to raise taxes on soy exports, and although Lugo remains a national political figure, the debate seems dead in the water. The economic base of the stronato is holding as firm as ever. In fact, President Benitez is himself a big fan of Stroessner’s accomplishments.

Recent mobilisations against the Colorado regime indicate that the Paraguayan public has grown largely dissatisfied with the status quo. This may lead to the election of another Lugo-esque figure in the future, or perhaps even Lugo himself, but one thing is clear: unless a nationwide anti-neoliberal movement emerges as happened in Chile, the soybeanisation of the Paraguayan economy which has been so devastating to the country’s ecology and rural populations will never be reformed, let alone dismantled.

Owen Schalk is an independent writer whose areas of interest include post-colonialism and the human impact of the global neoliberal economy.