Farmers to Intensify Their Protests Across UP, Uttarakhand: Rakesh Tikait 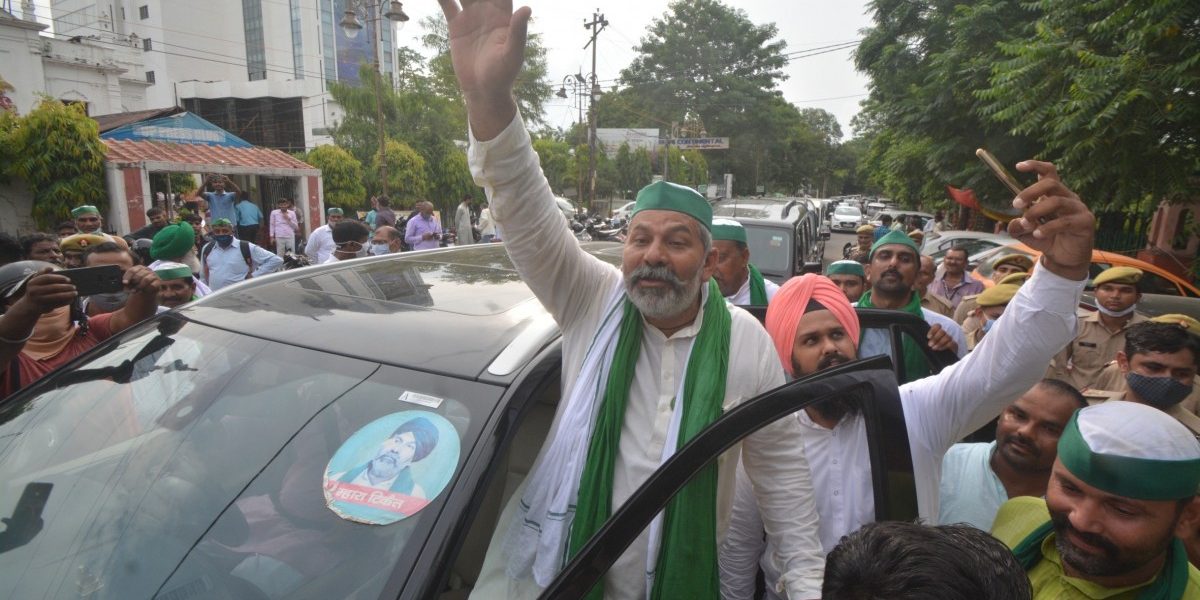 Lucknow: In a bid to intensify protests against the three contentious farm laws, farmers are planning agitations across Uttar Pradesh and Uttarakhand. The Samyukt Kisan March (SKM), an umbrella body of farmers’ organisations, lashed out at the Bharatiya Janata Party (BJP) for the agrarian crisis gripping the country.

As they complete eight months of protests at Delhi’s borders, farmers’ leaders visited Lucknow and announced their strategy to expand the protests in the two states. Rakesh Tikait, president of the Bharatiya Kisan Union, urged farmers of the state to boycott leaders of the ruling BJP and its allied parties, who he claimed had earlier falsely “seduced” farmers with tall promises.

Tikait asked farmers to hold protests outside business outlets of corporate giants Adani and Ambani. He went on to say that his protest will not conclude until the Union government withdraws its anti-farmers laws.

During the protests, Tikait said, farmers will organise mahapanchayat rallies and meetings in each village of the two states to inform farmers about the laws and why they’re bad for farmers. On being asked which party he supports in the next assembly elections, he replied, “Definitely I am not going to support the parties which are opposing us.”

Tikait also said if the government does not accept farmers’ demands, he will start Delhi-like protests in Lucknow too. All the borders to Uttar Pradesh’s capital may be blocked, he said.

Tikait dismissed the allegation that the protest received “foreign funding” and said that if the son of any farmer sent money to his parents, this remittance is falsely called foreign funding. He also said that farmers have no plan so far to protest at the national capital on Independence Day.

“This is a responsibility on us, who are living on the land of leaders like Chowdhry Charan Singh Mahendra Singh Tikait, to protect agriculture as well as farmers from the corporate powers and its political agents,” he added.

Political analyst and politician Yogendra Yadav said during the protests, the SKM will also raise local issues of farmers like the minimum support price and stray animals in Uttar Pradesh. 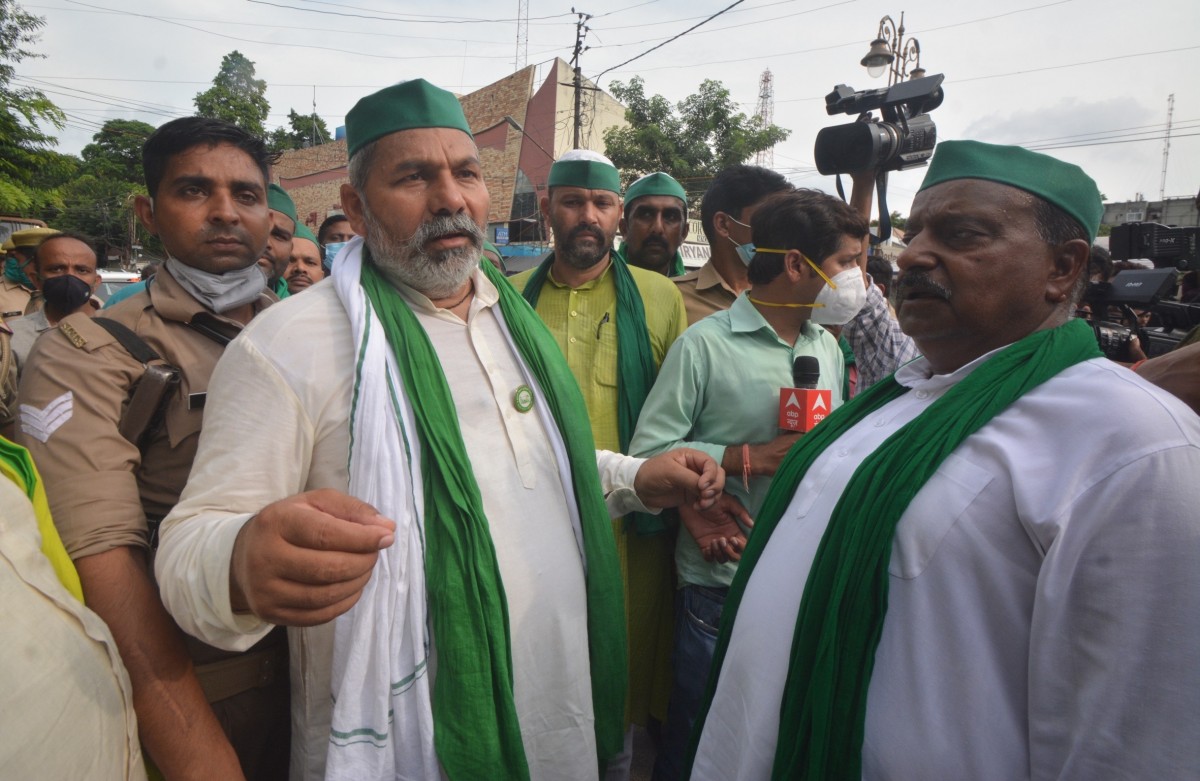 Yadav targeted the Yogi Adityanath government for not purchasing the wheat produced by farmers in UP. According to Yadav, the UP government had made a false promise to the farmers that it would procure all their production.

“In UP, farmers produced nearly 308 lakh tonnes of wheat, but the government procured 56 lakh tonnes, which is only 18% of total production,” Yadav claimed. As a result of the government apathy, farmers sold their crops at rates lower than the MSP.

Both Tikait and Yadav also talked about the state-advised price for sugarcane. They said that in the state, sugarcane farmers have been in a terrible condition as the price of sugarcane has remained unchanged for the past three years. They claimed that despite a court order, interest of Rs 5,000 crore has not been paid to the farmers so far.

The two leaders also brought up how despite collecting a “cow cess”, the government has not set up proper shelters for stray cattle. This stray cattle is eating and destroying farmers’ crops, causing huge losses. They also attacked the government for high power tariffs and demanded free and uninterrupted power supply for agriculture.

The Lucknow administration deployed heavy police force around the Uttar Pradesh Press Club, where the farmer leaders interacted with the media. While talking exclusively to The Wire, Yadav came down heavily on the Adityanath-led BJP government in the state.

Yadav said that UP has become a police state under the BJP government. He said that with the help of the police, the government is muzzling voices of farmers and the media.

Farmers’ leaders announced that they will start their protests in Uttar Pradesh and Uttarakhand from September 5, from Muzaffarnagar district of western UP.