Farmers have stuck to their demand of taking out the rally on Delhi's Outer Ring Road. 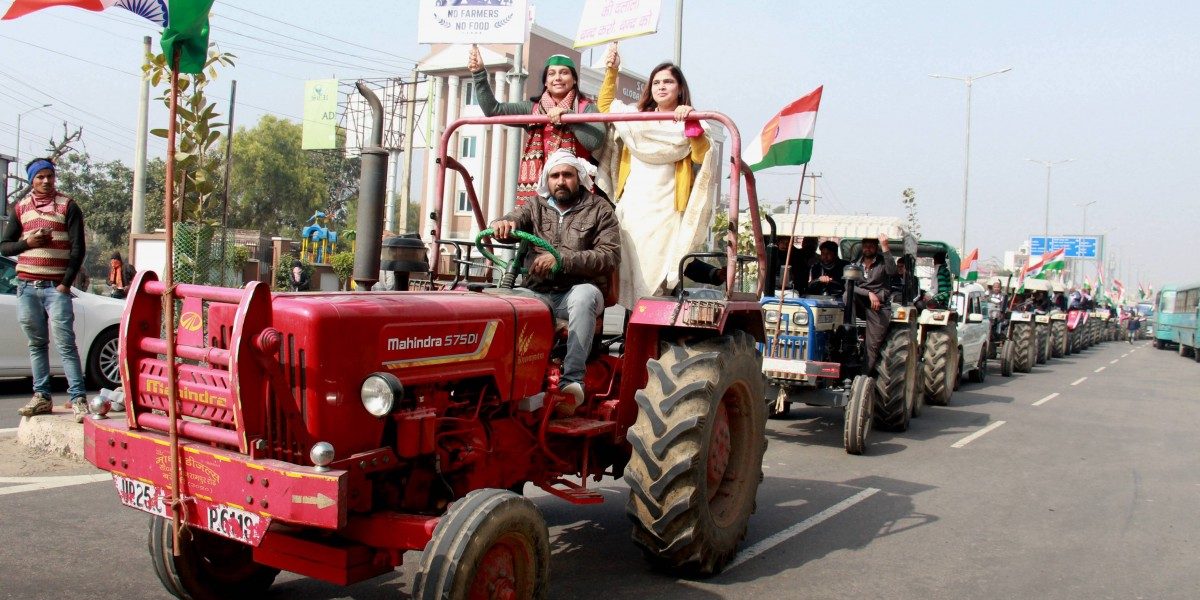 Farmers conduct tractor rally rehearsal ahead of Republic Day, in support of the farmers protests against the three farm laws, in Gurugram, Wednesday, January 20, 2021. Photo: PTI

New Delhi: Planning for their tractor march on Republic Day, January 26, protesting farmers have said that they will be displaying tableaus from different states during the parade. “If all goes well, we will display tableaux of all states during the tractor parade,” Chaudhary Joginder Ghasi Ram Nain, a Bhartiya Kisan Union leader from Haryana, told the Indian Express.

The latest round of talks between the Centre and protesting farmers was held on Tuesday, where the farmers rejected the Centre’s offer to suspend the laws for 1.5 years but not repeal them entirely. Farmers’ unions have said that they stand firm on their demand of a full repeal of three central farm acts and demand a legislation for remunerative Minimum Support Price (MSP) for all farmers of the country.

Farmers’ unions have been holding tractor rallies at many places in Punjab and Haryana to mobilise people for their planned tractor parade in Delhi on Republic Day. The unions had announced that they would hold the parade on Delhi’s Outer Ring Road as part of the protest against the new agri-marketing laws enacted by the Centre.

The three laws have already been stayed by the Supreme Court on January 11 till further orders, and the apex court also formed a committee of experts to resolve the deadlock. The panel has been asked by the court to submit its report within two months after consulting all stakeholders.

Meanwhile, the Haryana Police on Thursday decided to cancel leave of its personnel till further orders.

The second round of meeting between the police and farmer unions regarding the proposed January 26 tractor rally by them remained inconclusive on Thursday as the farmers stuck to their demand of taking out the rally on Delhi’s busy Outer Ring Road.

Taking to reporters after the meeting, Swaraj Abhiyan leader Yogendra Yadav said the police wanted the farmer leaders to take out their tractor rally outside the national capital. “We will do our parade peacefully inside Delhi. They wanted us to hold the tractor rally outside Delhi, which is not possible,” Yadav, who is actively participating in the ongoing agitation against the Centre’s new farm laws, said.

Sources said police officers tried to convince the protesting farm unions to hold their tractor rally on the Kundli-Manesar-Palwal (KMP) Expressway instead of the Outer Ring Road, but in vain.

A farmer leader, who attended the meeting with the police, said, “The government wants us to take out our rally outside Delhi, but we want to hold it inside Delhi. No decision was taken in today’s meeting.”