Farmers had earlier expressed distrust of this committee, since all members had openly supported the farm laws. 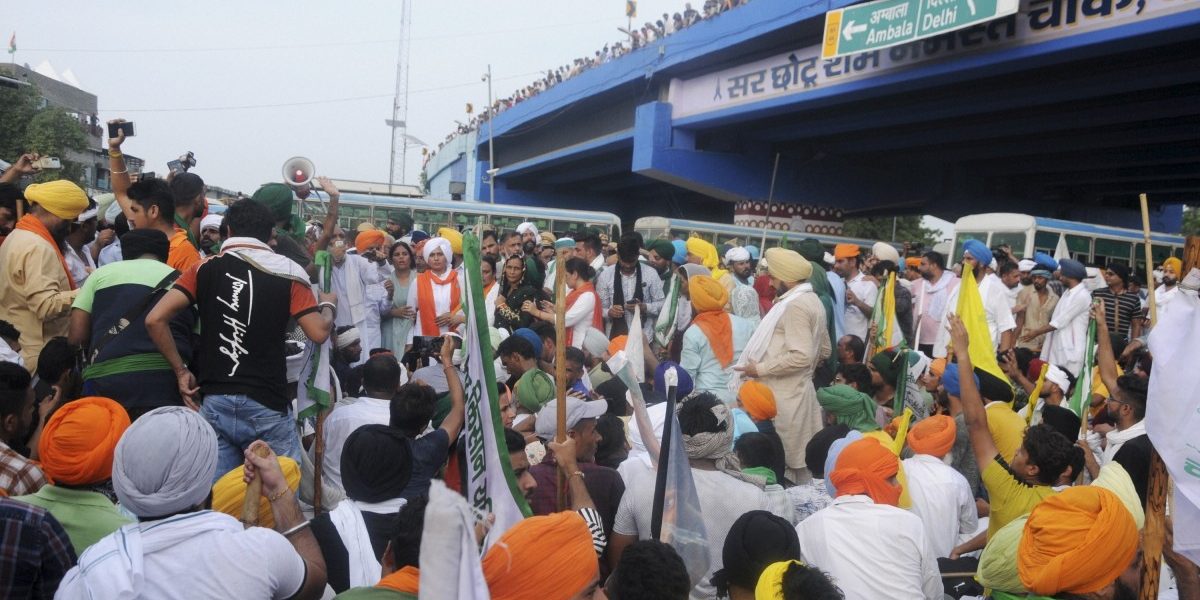 New Delhi: Anil J. Ghanwat, president of the Shetkari Sanghatana and member of the Supreme Court-appointed panel on the farmers’ protests, has asked the apex court to release the committee’s report publicly and send it to the Union government.

On September 1, Ghanwat wrote to Chief Justice of India N.V. Ramana saying the panel’s report “has addressed all apprehensions of the farmers” and its “recommendations will pave the way to resolve the ongoing farmers’ agitation”, Indian Express reported.

“As a member of the Committee, especially representing the farmers’ community, I am pained that the issue raised by the farmers aren’t yet resolved and the agitation is continuing. I feel that the report has not been given any attention by the Hon’ble Supreme Court,” he continued.

“I am humbly pleading to the Hon’ble Supreme Court to kindly release the report for implementation of its recommendations for peaceful resolution of the stalemate to the farmers’ satisfaction at the earliest.”

In January this year, the Supreme Court had suspended implementation of the contentious farm laws and put together a panel comprising Bhupinder Singh Mann, president of Bhartiya Kisan Union, Anil Ghanwat, president of Shetkari Sangthana, Maharashtra, Pramod Kumar Joshi, director for South Asia, International Food Policy Research Institute, and agriculture economist Ashok Gulati. All four of these people had previously spoken in favour of the farm laws, thus making farmers suspicious of the court’s motives in setting up this panel.

Mann later stepped down from the panel, citing the farming community’s unhappiness with the court’s decision.

Farmers had said then that they will not negotiate with the committee, given how the members were active supporters of the farm laws. The protesters have held from the start that only a total repeal of the three laws will assuage their fears.

The panel was constituted under former Chief Justice of India S.A. Bobde. This raised further questions when it became clear that Bobde had a previous relationship with Ghanwat and his organisation.

Ghanwat, however, now seems to believe that the panel’s report can solve the months-long stalemate between the Union government and farmers. “Farmers have been protesting against the laws for the last nine months. It has been five months since we submitted the report. Yet no action has been taken to make it public. Our consultations were exhaustive and we feel once this report is made public, the next course of action will be taken,” he told Indian Express.

The farmers’ protests have been continuing full steam, with massive mahapanchayats being organised in Uttar Pradesh and Haryana. The farmers have also announced their plan to challenge the BJP’s electoral prospects ahead of multiple assembly elections next year.