Farmers Are Dying? 'Let Them Do Yoga' 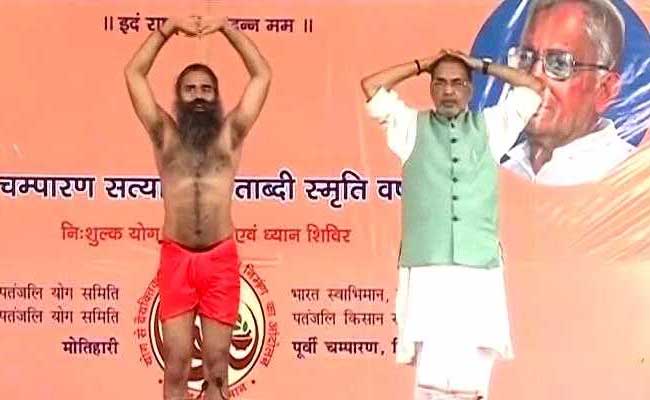 New Delhi: What is the Narendra Modi government version of  Marie Antoinette’s famous prescription for the poor? “Let them do yoga,” apparently.

Farmers in Maharashtra have been protesting since June 1 and protests then spread to Madhya Pradesh, mainly on the demand for remunerative procurement prices and debt relief. On June 6, five farmers were shot and killed in Madhya Pradesh by the police. The opposition has severely criticised both the Centre and the state governments for their handling (or lack thereof) of the issue but Singh has not commented on either the deaths or the protests. So far apparently, “yoga kijiye” is the first and most important thing he had to say on the issue.

Ramdev organised the yoga camp on Singh’s invitation, according to the Indian Express, and the minister also learnt yoga tips from him. Speaking at the event, the agriculture minister made no mention whatsoever of farmers’ issues, instead focusing on how Prime Minister Narendra Modihad  made International Yoga Day a reality, ABP reported.

According to Singh’s Twitter feed, he’s been quite busy in the last few days – but somehow discussion on or finding solutions to farmers’ demands didn’t make it into his schedule.

But at least now we have a partial answer to why agrarian distress isn’t going anywhere – the minister in charge seems to care more about posture than pasture.