Farm Laws: Public Perception Is in Favour of Farmers, Centre Cannot Be in Denial

The farmers’ movement has reached a stage where it no longer deals with the sectional interests of farmers alone but has deeply affected all sections of Indian society. 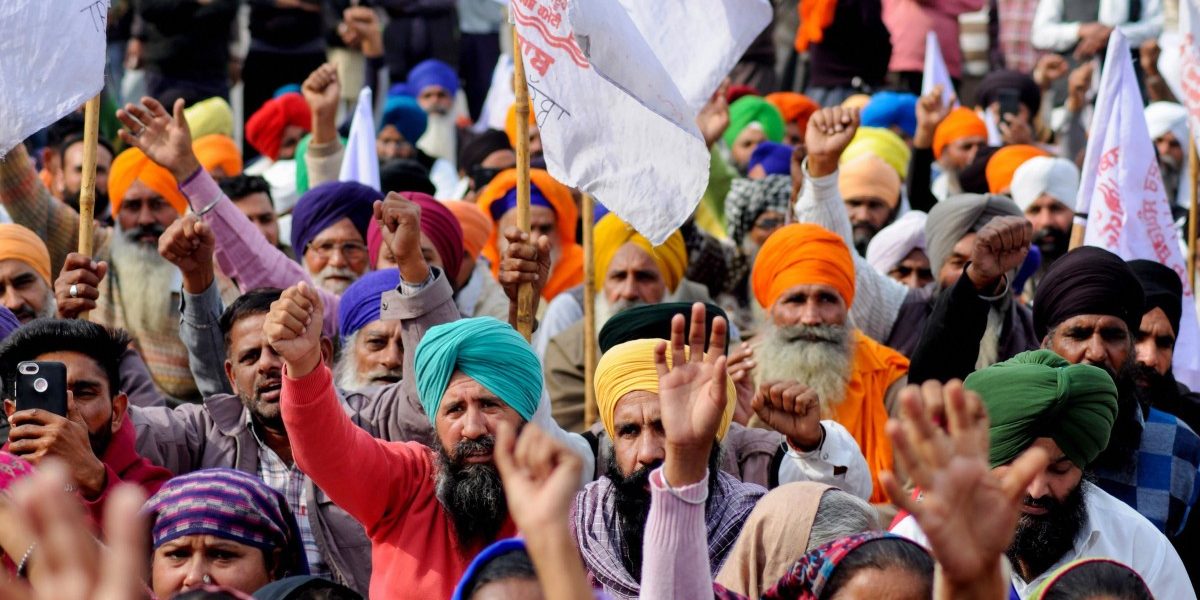 As the latest round of talks between home minister Amit Shah and farmer representatives once again ends in a deadlock, hope still exists that progress can be made towards an agreement.

However, unless the government changes its current position – being willing only to make marginal amendments to the existing farm marketing laws on minimum support price and compulsory public procurement – the fundamental difference between the government’s position and that of the farmers’ representatives will continue.

As a way of moving towards resolving this deadlock, it is important to recognise that there has been progress in many areas since June 5, 2020, when the three farm laws were brought in as ordinances. It has been a huge learning process for the government, the farmers’ organisations and wider Indian society.

Outside India, many actors are now much better informed about the political economy of these reforms than they were in June, including academics studying the Indian economy, especially its agriculture sector. The Indian diaspora, the governments of many countries that have wide-ranging economic and other ties with India (especially countries with substantial numbers of citizens of Indian descent), environmentalists and parliamentarians from these countries, and, most significantly, the UNO are now better informed.

The Central government’s recognition that these farming laws contain errors that need to be corrected is a notable development. In matters of this importance, such an acknowledgement must be viewed positively – not as an end in itself, but as a movement in a positive direction. The farmers’ organisations have also gone through a massive learning experience during these months through discussions with the government, and through engagement with media and with public intellectuals knowledgeable on agrarian issues. 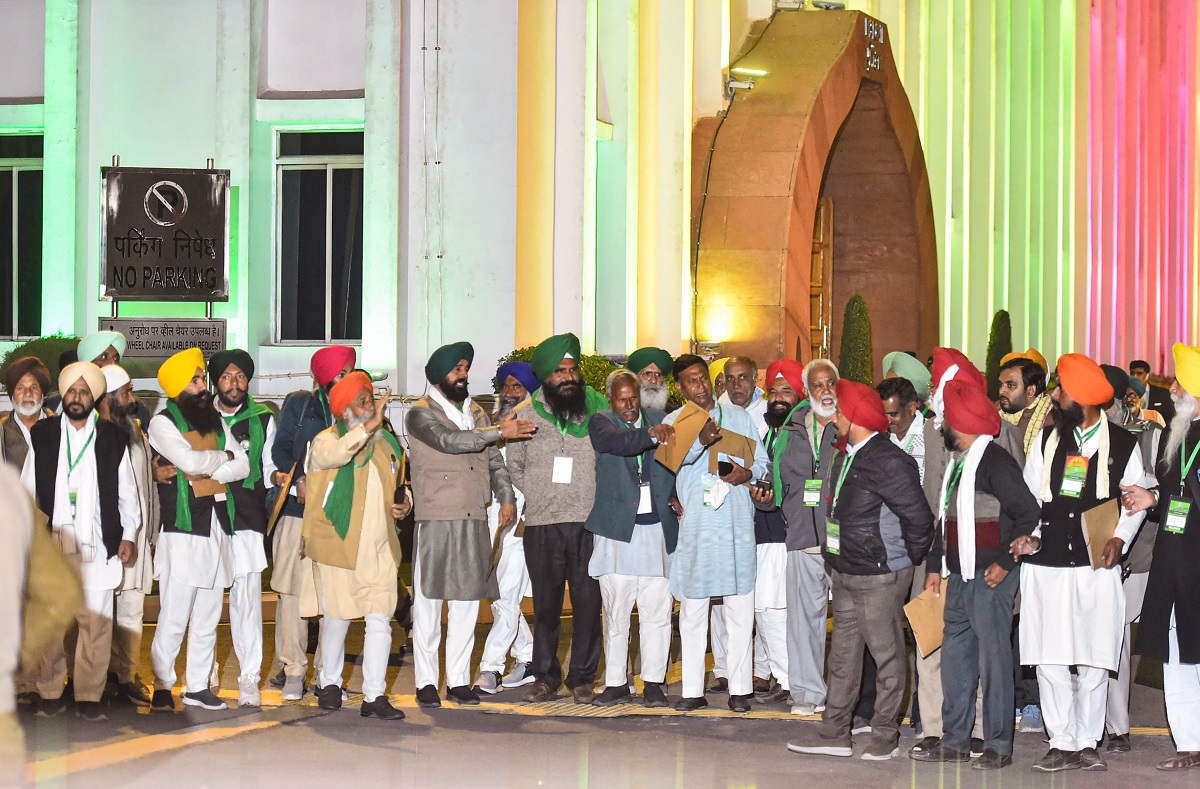 One example of the educational opportunities afforded by this debate deserves special attention. The Kisan Majdoor Sangharsh Committee, one of the Punjab organisations that campaigns on issues affecting both farmers and farm workers in Amritsar district and surrounding areas, translated the three farm laws into Punjabi and distributed one lakh copies among farmers and workers.

In my opinion, this is one of the most admirable large-scale educational interventions in an issue of public interest. Other farmers’ organisations have similarly produced booklets containing critical evaluations of these farming laws (including some by this writer) and have done mass distribution of such critical reviews. Such self-educative experiences have encouraged the farmers’ organisations to move from their initial position, where they asked only for the provision of a minimum support price (MSP) and public procurement through APMC mandis to an understanding that such piecemeal changes cannot be effective without changing the whole structure of the three farm laws.

I cannot remember any other law in post-independent India that has received as much attention in terms of mass reading and discussion as these three laws have achieved, and hence as much attention from civil society.

It would be fair to say that a widely-shared consensus has emerged in India and among the Indian diaspora that the government is defending the interests of agri-business corporations through these laws. It would be good if the Central government were to recognise this widely-shared social consensus, even if this recognition remains confined within the inner circles of the government.

The government’s effort to portray these laws as empowering the farmers has failed, not because of any fault of the public relations campaigns of the government, but because of the content of the laws. There are limits to how far public relations efforts can go in altering people’s perceptions. The spread of mass literacy in India and the development of multiple forms of mass media have certainly enabled a large majority of the Indian population to differentiate between truth on the one hand and falsehood presented as truth on the other. This deserves to be celebrated as a strengthening of democracy in Indian institutions and practices.

Effective and truthful communications between the government and the farmers’ representatives are central to the comprehension of the merits of the farmers’ plea that all three farm laws – along with the recent enactments on electricity and environment – should be repealed.

The farmers’ argument that the mere provision of MSP and APMC public procurement is not acceptable any more is based on a slowly emerging iterative and mature understanding that these two issues cannot be detached from other key features of the farm laws.

Let us look at the contradiction between inserting the MSP provision in The Farmers (Empowerment and Protection) Agreement on Price Assurance and Farm Services Act, 2020 and retaining the existing provision of ‘remunerative price’ to be agreed by a farmer in a contract with ‘agri-business firms, processors, wholesalers, exporters and large retailers’.

If an agri-business firm, processor, wholesaler, exporter, or large retailer were to agree a ‘remunerative price’ with a farmer, the agreement  would not allow a farmer to sell his/her crop under MSP provision in the APMC marketing yard. An agri-business entity would be legally entitled to take a non-compliant farmer to litigation. 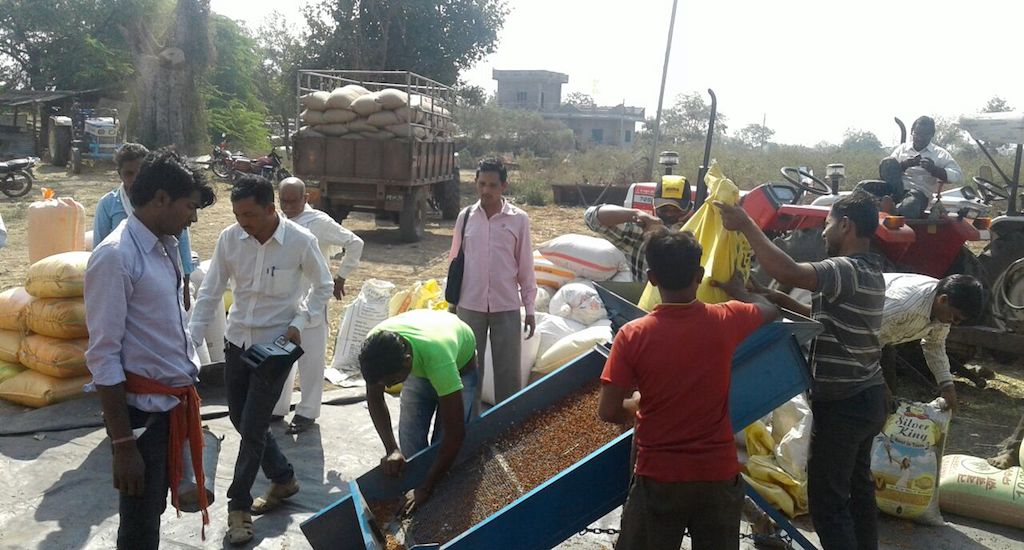 According to the agriculture census of 2015-16, the overwhelming majority of farmers in India, 86%, are marginal (with holdings below one hectare) and small (with holdings between one and two hectares). The remaining 14 % are described as ‘semi medium’ (2-4 hectares), ‘medium’ (4-10 hectares), and ‘large holdings’ (over 10 hectares). Though the situation appears slightly better than the all-India average in Punjab, where 33.1% of land holdings are small and marginal and 33.6% are semi-medium, and in Haryana, where 68.5% of holdings are small and medium, overall, the farmers are marginal and have low bargaining power.

Leaving aside the marginal and small landholders, even the so-called medium and large landholders would not be in any position to challenge the legal resources of ‘large retailers’ and agro-business entities. Therefore, keeping the provision for the so-called remunerative price negates the purpose of having the MSP in the APMC mandi yard.

The farmers’ representatives have by now understood the interwoven nature of these three laws and the fact that the MSP and public procurement alone cannot untangle them. The government is still floundering on these matters. Intellectually and ethically, the farmers’ organisations have achieved the victory, and the public clearly views the government as persisting without recourse to logic or ethics.

Governments consist of individuals who take decisions, and such individuals can take wrong decisions that deserve to be repealed. There are examples in contemporary history where the governments have rolled back laws they had previously passed. One of the most well-known rollbacks is the decision taken by Margaret Thatcher’s government in the UK in 1990 to repeal the poll tax. This was a tax to be imposed on anyone in the electoral roll. It faced large-scale public protest including mass riots and came to be branded as a tax on existence on the grounds that someone could be homeless but still liable to pay the tax since their name was on the electoral roll.

In the interests of Indian democracy, the Central government should either issue an ordinance repealing the five laws (the three farm laws and the two relating to electricity use and environmental pollution) and call parliament later to approve the ordinance, or alternatively call parliament back straight away to repeal the laws. The government can retain the option to introduce laws later after a due consultation process with all stakeholders, proper discussion in both Houses of the Parliament and in the parliament’s Select Committee.

The alternative scenario – in which the government resorts to repression – is so fraught with immediate and long-term dangers that it should not even be attempted. The farmers’ movement has reached a stage where it no longer deals with the sectional interests of farmers alone but has deeply affected all sections of Indian society. It has truly become a Lok Andolan.

Once the deadlock is resolved by repealing the contentious laws, there is the important task of carrying out agricultural reforms to deal with rural poverty, farmer debt, suicides, and making small-scale farming viable and sustainable both economically and ecologically.

The old developmental paradigm that the demise of agriculture is necessary for economic progress is fundamentally flawed in the present era of global climate change, where sustainable agriculture is central to a new sustainable development paradigm. We must then move into a new realm of creative thinking, collective democratic policy-making, and long-term planning. This is the only way to deal with the challenges that Indian agriculture, economy, ecology and society currently face.