How Long Can India's Farmers Subsidise the Nation?

The farmers have done their job. The nation has failed to deliver them a decent income in return. 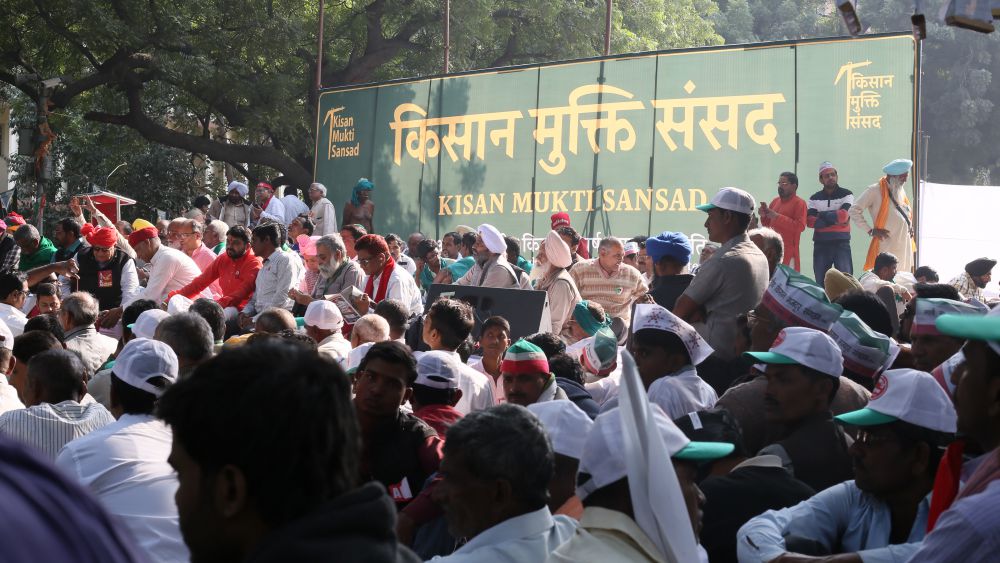 Farmers are coming onto the streets across the country – in Maharashtra, Madhya Pradesh, Rajasthan, Telangana, Tamil Nadu, Punjab and now from all states into Delhi. As the agitations intensify and take a national character, it is necessary for the nation to understand what is driving them. Are they asking for the sky, simply for what is due to them?

Take Ravindra Kumar, a bajra farmer from Rewari, Haryana. He produced a good crop of bajra of 20 quintals. As per the government’s own estimates, the cost of production is Rs 1,278 per quintal. The government announced a minimum support price (MSP) of Rs 1,425 per quintal. This means that a two-and-a-half acre farmer growing 20 quintals would get a net income of only Rs 2,940 for a whole season’s effort. From this, the government expects him to support an entire household’s expenses for at least half a year. The story only gets worse. When he sold his crop in early November, Ravindra got a price of only Rs 1,138 per quintal. Not only is this much lower than the government’s MSP, it is also lower than the cost of production. So he has a net loss of Rs 2,800 to show for his efforts.

If you think this is outrageous, you are right. What is more outrageous is that the scenario is similar for most crops across the country. Lalithamma, a groundnut farmer from Anantapur, had to sell 31 quintals of groundnut at a price of Rs 2,600 per quintal, while the MSP is Rs 4,450 and the official cost of production is Rs 4,089. This meant a net loss of Rs 46,159. Any wonder that Anantapur is one of the districts with the largest number of farmers’ suicides?

What has been termed by the farmers’ movements as kisan ki loot (loot of the farmer) is happening at two levels. For many crops, the farmers are not even able to get the MSP announced by the government, which should really be the floor price. In just the current season, the loss due to the gap between MSP and actual price is estimated to be about Rs 36,000 crore for farmers across India. 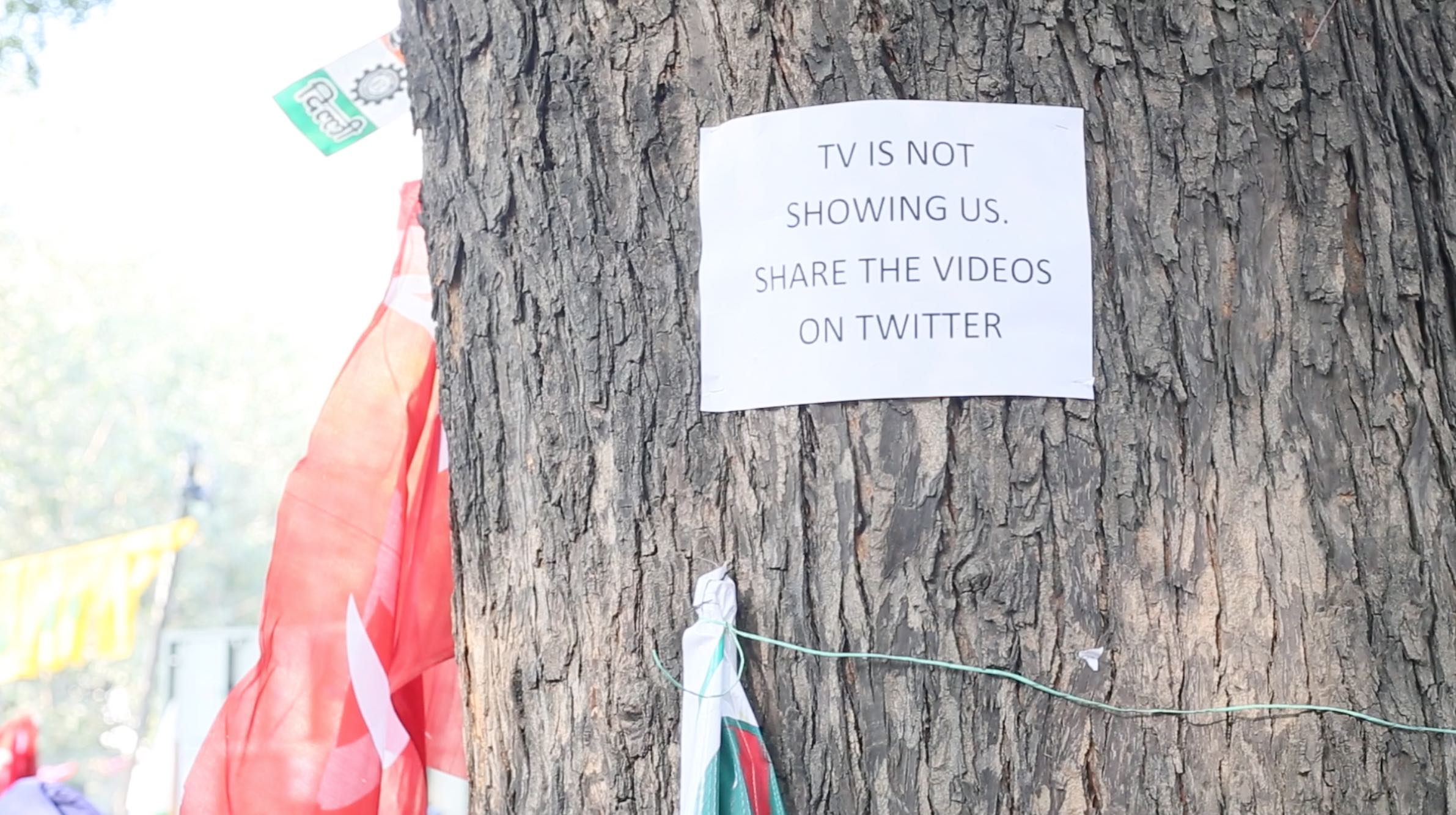 A poster displayed at the farmers’ rally in Delhi on Monday. Credit: Akhil Kumar/The Wire

At another level, even when farmers get MSP, the income is too low to support the basic sustenance of their families. It is imperative that they get a fair price with sufficient margin above the costs. The National Farmers’ Commission (2006) recommended that MSP should provide at least 50% profit margin above the cost of production. And this was what Modi promised the farmers, in very precise words, in numerous election rallies in rural India in 2014 and what the BJP promised in its manifesto.

The Modi government made a big U-Turn on this. Instead of the promised 50% profit margin, in seven out of 14 crops this season, the government has declared MSP which is less than the cost of production. In other major crops such as paddy, maize and soybean, the margin is between 2% and 4%. The story has been the same for the past four years.

This betrayal really hurts the farmers. Comparing these abysmally poor or negative margins offered by the MSP to the 50% margin promised in the elections reveals the root of farmers’ distress.

If Lalithamma of Anantapur were to get the promised MSP for groundnut, it should be Rs 6,134 per quintal. The difference between this promised fair price and the actual price she got is the true extent of what she has been robbed of – in this case, Rs 1,09,554 for 31 quintals of groundnut. 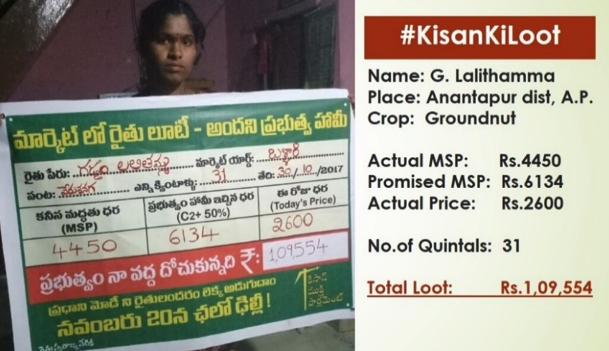 This second level of kisan ki loot – the difference between the promised fair price and the actual price obtained by the farmer – represents the true extent of injustice faced by the farmers. A single season’s projections show that the income foregone by the farmers due to this difference is more than Rs 2 lakh crore.

This is the subsidy that the farmers are providing to the nation. The question they are asking now is how long they should subsidise the nation while making incomes which are below the poverty level or negative year after year.

What makes the question even more poignant is that they have kept up their end of the bargain – to work hard and produce efficiently. For example, in the ten-year period between 2005-06 and 2015-16, when 1.5 lakh farmers committed suicide, the food production of the country including foodgrains, vegetables and fruits actually increased 1.5 times from 365 million tonnes to 534 million tonnes.

The farmers have done their job. The nation has failed to deliver them a decent income in return.

Turning a blind eye year after year to the issue of agricultural prices and farm incomes means that the farmers are accumulating debt every year to meet their basic expenses. While lakhs of farmers have committed suicide, 100 times that number are suffering similar indignities due to mounting debt and failing support systems. This situation is simply unsustainable in an economic sense and unconscionable in a moral sense.

When farmers are asking for a loan waiver, it is about a debt that has been accumulated due to policy failure. It is really a debt that the nation owes its farmers and not the other way around.

A large debt-relief package from the Centre and states is essential as an immediate measure to address the widespread distress and farm suicides. In addition, the farmers are demanding reform in the institutional credit system and a Farmers’ Debt Relief Commission to protect them from the debt trap.

Most important is to ensure a decent living income every year, which requires them to get a fair price for their produce. The farmers are demanding an Act to assure them remunerative prices, which mandates the government to take three main steps:

These demands only reiterate what the government’s own committees have recommended repeatedly, such as the National Farmers Commission and Ramesh Chand committee. The Commission of Agricultural Costs and Prices itself has recommended in its report of 2017-18 that “to instill confidence among farmers for procurement of their produce, a legislation conferring on farmers ‘The Right to Sell at MSP’ may be brought out”.

It is high time the nation delivers to the farmers what they deserve. By demanding debt relief and remunerative prices, the farmers are only asking for what is due to them. Ultimately, all farming households should make a minimum living income for the Indian economy to be sustainable. If this means reordering the priorities of the economy, the time to begin is today.