Centre May Agree to Meet Protesting Farmers Without Conditions: Reports

The ‘Dilli Chalo' protest march of farmers and peasants from across the country is in its fifth day today. 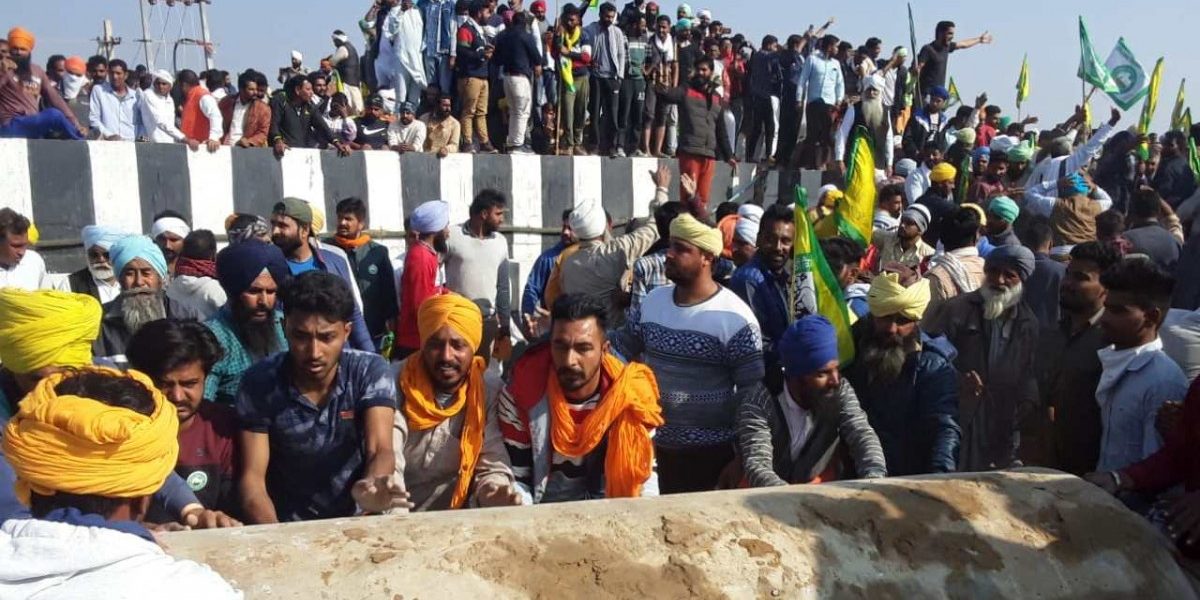 Mohali: According to media reports, the Central government has agreed to meet the protesting farmers for talks on the new farm bills, without any conditions this time.

This development comes after 32 farmers’ unions spearheading the anti-farm bill protests in Punjab aggressively since the last two months, assembled at the Delhi-Haryana Singhu border last evening to address the national press for the first time. Together, they refused to accept home minister Amit Shah’s offers of protesting at the Nirankari ground in Burari. They said that they are refusing Shah’s offer for two reasons: One, because the home minister made the offer to them on a condition. And two, they believe that the ground in Burari is an “open jail”.

On November 28, Shah had told ANI that he had requested protesting farmers to move to Burari for their own convenience. But farmers, in a press conference a day later on November 29, said that Shah offered to hold talks with them on the condition of them moving to Burari first. According to the unions, they threw the ball in the Centre’s court by rejecting the offer and the condition.

Meanwhile, agriculture minister Narendra Tomar has repeatedly stressed in interviews to the ANI that the three farm bills will help the Indian farmer and even if some farmers feel it is not going to be in their favour, they are “ready to hold talks with them”.

A session of talks is already scheduled with the protesting farmers on December 3. This was decided at the last meeting between the farm union leaders and the Centre on November 13.

Is only Punjab protesting?

The ‘Dilli Chalo’ protest march of farmers and peasants from across the country is in its fifth day today. While thousands of farmers have made their way largely from Punjab and Haryana, hundreds of them have also come to New Delhi from Uttar Pradesh, Madhya Pradesh, Rajasthan and Maharashtra. According to the leaders of the farmers’ movement, many farmers from south Indian states would have joined too if travelling wasn’t as difficult as it is because of the epidemic right now.

The demand of over 400 Indian farmers’ unions, protesting under the banner of Samyukta Kisan Morcha,  is the same – roll back of the three farm laws passed by the Centre in September in a rushed manner.

According to the AIKSCC, it is Punjab which has taken a lead in the protest but essentially, the coming in of new farm acts will affect every farmer in the country. According to sources, more farmers are on their way from Rajasthan and UP and are expected to  block other borders around New Delhi.

On November 29, lawyers led by Bar Council of Delhi members Rajiv Khosla and senior advocate H.S. Phoolka gathered outside Supreme Court to show solidarity with the protesting farmers and against the police action on farmers recently.

“It is extremely irresponsible to level allegations against the farmers by saying that they are from this or that political  party. They are simply farmers, many of whom are from my own village. What the Haryana government did was wrong,” Phoolka told ANI.

While Manohar Lal Khattar claimed that no farmer from Haryana has attended the protest, the Haryana Police booked state Bhartiya Kisan Union (BKU) Haryana unit chief Gurnam Singh Charuni and several farmers on attempt to murder, rioting, causing obstruction in government duty and other charges for violations during their march towards New Delhi.