Will Hold 'Tractor Parade' in Delhi on Republic Day If Demands Are Not Met: Farmer Unions to Govt

The next round of talks between the government and the protesting farmer unions is scheduled to be held on January 4.

New Delhi: The protesting farmer unions on Saturday issued an “ultimatum” to the government ahead of the next round of talks and said that they will march into Delhi with a “tractor parade” on the Republic Day if their demands are not met.

Addressing a press conference, the union leaders said the time has come for “decisive” action as their demands for a repeal of the three agriculture laws and a legal guarantee for Minimum Support Price (MSP) have not yet been addressed by the government.

“The farmers’ movement delivered an ultimatum to the Union government and announced that farmers will march into Delhi on January 26,” Sankyukta Kisan Morcha, an umbrella body of around 40 protesting unions, said in a statement.

“They only have to issue in-principle statements that they will repeal the three laws, and promise a legal guarantee for MSP [or minimum support prices]. But if this is not done by January 26, we will surely enter Delhi peacefully, with our tractors, trolleys and farm vehicles, for our own kisan parade,” farmer leader Darshan Pal Singh, Punjab president for the Kisan Krantikari Union, said.

British Prime Minister Boris Johnson is the chief guest for the Republic Day parade which will be held on January 26 at Rajpath.

The next round of talks between the government and the protesting farmer unions is scheduled to be held on January 4. On Friday, the unions had announced that they would have to take firm steps if the meeting fails to resolve the deadlock.

After the press conference, farmer leader Abhimanyu Kohar told PTI that farm unions are hopeful about the January 4 meeting, but cannot trust the government going by their experience.

Thousands of farmers, mostly from Punjab and Haryana, have been camping at three Delhi border points – Singhu, Tikri and Ghazipur – for more than a month, pressing for a repeal of the three farm laws, a legal guarantee for minimum support price for their crops, besides two other demands.

“We intend to be peaceful and we told the government during previous talks that it has only two options – either repeal the three laws or use force to evict us (from Delhi border points). The time has come for decisive action here, and we have chosen January 26 as the Republic Day represents the supremacy of the people,” the union leaders said.

Watch: How the Existing Crisis of Farm Debt, Suicides in Punjab May Worsen With the New Laws

Pal said if their demands are not met, thousands of farmers will have no option but to march towards Delhi with their tractors, trolleys and national flag on January 26.

Asked about the route and timing for their planed ‘Kisan Parade’, Pal said the unions would announce it later.

The farmer leader said their plan for tractor-march on Kundli Manesar Palwal (KMP) highway on January 6 will remain unchanged and described it as a “rehearsal” for their “January 26 tractor parade”.

“If the government does not accede to our demands on January 4, we will hold a tractor rally on the Kundli-Manesar-Palwal expressway on January 6. That will be our rehearsal for Republic Day,” Darshan Pal said.

The movement has no plans to request permission from the police for their parade in Delhi. “Are we farmers not citizens of the Republic? We have every right to celebrate Republic Day without needing any police permission,” Pal said, speaking to The Hindu. 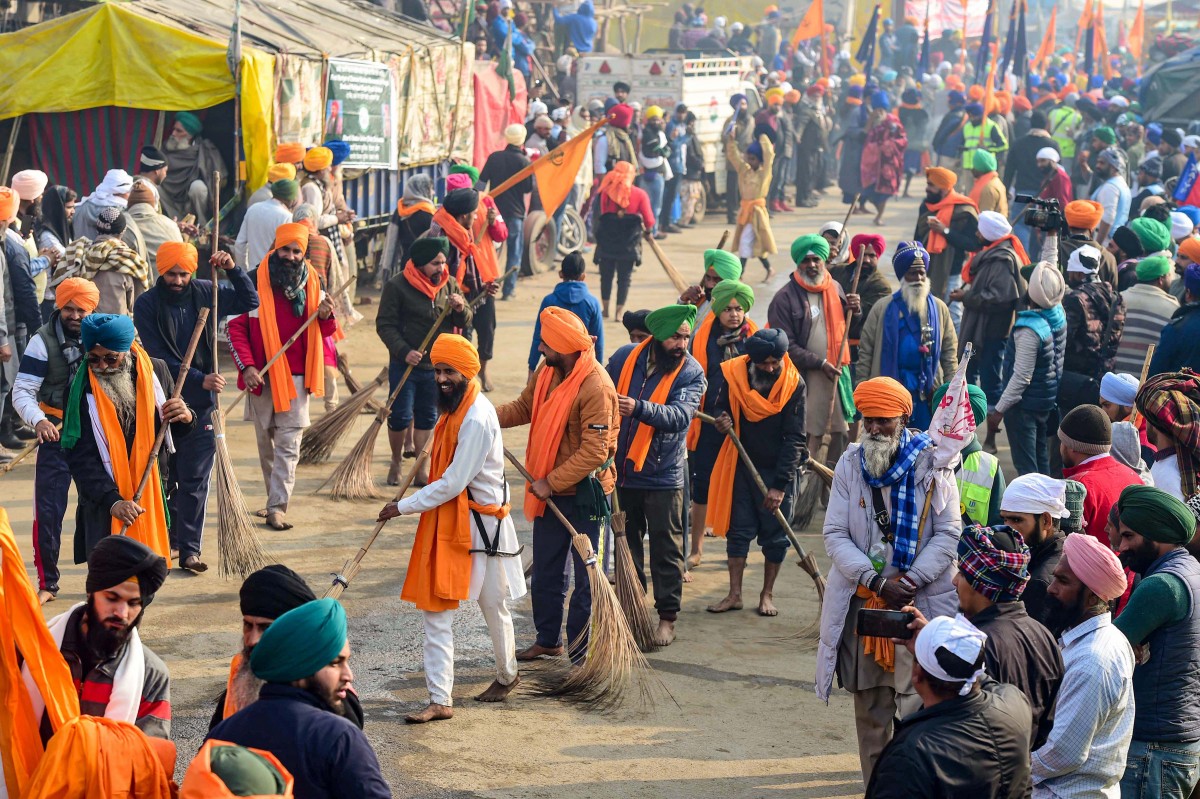 Swaraj India leader Yogendra Yadav said it is a “plain lie” that the government had accepted 50% of the farmers’ demands. “We have got nothing on paper yet,” he said.

“We were peaceful, are peaceful and will be peaceful, but will stay at Delhi borders until new farm laws are repealed,” another farmer leader said.

Farmers’ leaders said that in the last round of talks, the government agreed to two “minor” demands of the farmers’ movement and even these are yet to be secured in writing or legal form. The major demands of the protesting farmers remain unresolved, they asserted.

“On the demand to repeal the three central farm acts, the Centre had asked the farmers’ organisations to come up with ‘alternative proposals’, and the farmer leaders responded by saying that there is no alternative other than repeal.

“The government has refused to agree, even in principle, to our demand for legal right to purchase at MSP. We have no alternative,” Samyukt Kisan Morcha said in the statement later.

Farmer leader B.S. Rajewal said that the court has also held that “peaceful protest is one’s right”, adding “we are not here for confrontation”.

After the sixth round of formal negotiations on Wednesday, the government and farm unions reached some common ground to resolve the protesting farmers’ concerns over the rise in power tariff and penalties for stubble burning, but the two sides remained deadlocked over the main contentious issues of the repeal of three farm laws and a legal guarantee for MSP.

Farmer leader Gurnam Singh Choduni said, “In our last meeting, we posed a question to the government that will you buy 23 crops on MSP. They said ‘no’. Then why are you misinforming the people of the country?”

So far, over 50 farmers have been “martyred” during our agitation, union leader Ashok Dhawale claimed.

Enacted in September, the three laws have been projected by the government as major agriculture reforms aimed at helping farmers and increasing their income, but the protesting unions fear that the new measures have left them at the mercy of big corporates by weakening the MSP and mandi systems.

Slamming the government over the reported death of farmers during the agitation, the opposition parties asked it to abandon its “obstinate attitude” and agree to their demands.

“According to media reports, 57 farmers have lost their lives while scores are unwell. The government is showing gross insensitivity by not acceding to the demands of the protesting farmers,” Congress general secretary Priyanka Gandhi Vadra alleged.

Samajwadi Party (SP) president Akhilesh Yadav termed the death of a 57-year-old farmer, Mohar Singh, due to a heart attack while protesting at the Ghazipur border as “disturbing”.

Also read: Pray, What Is This ‘Reform’ That the Rightwing Peddles?

In a Hindi tweet, he said, “On the first day of the new year itself, the news of the martyrdom of a farmer at the Ghazipur border is disturbing. The farmers are sacrificing their lives in the dense fog and cold, but the ruling party is sitting heartless. The ruthlessness seen in the BJP has never been seen so far.”

Sardar Kashmir Singh, a native of Bilaspur in Uttar Pradesh’s Rampur district, hanged himself in a mobile toilet using a rope, they said.

Deputy Superintendent of Police of Indirapuram Anshu Jain told PTI that a suicide note written in Gurumukhi was found on him.