Farmers in Maharashtra and Madhya Pradesh have been agitating since June 1, demanding a loan waiver and better procurement prices. 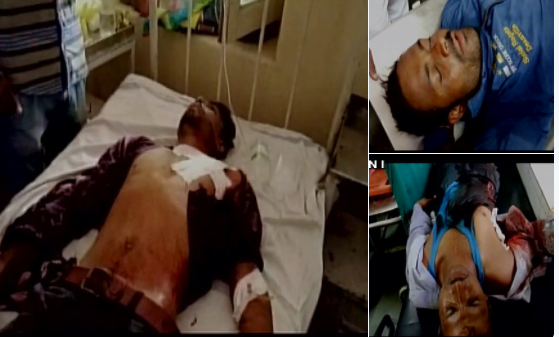 At least five farmers were shot dead on Tuesday at a protest in Mandausar, Madhya Pradesh, according to news reports, during the farmers’ strike demanding a loan waiver. Several others with injured. A curfew has been imposed in Mandausar and surrounding areas including Pipla Mandi that were epicentres of the protest.

The death toll ranging between four and six on different news websites. According to Nai Duniya, protestors set ablaze two buses and one tempo. According to their report, that’s when the firing started. Other local newspapers reported that a clash broke out between protestors, the police and the CRPF, and the firing was to try and stop the farmers.

Reports on what happened before the firing also differ between agencies. According to Dainik Bhaskar, eight trucks and two bikes were burnt in Mandausar. To bring things under control, the CRPF fired their guns and six farmers were killed, they reported.

Madhya Pradesh chief minister Shivraj Chouhan has ordered an investigation into the incident. He has also announced that the families of the deceased will be receiving Rs 10 lakh each from the government.

Condemning the incident, Congress vice president Rahul Gandhi said the “government is at war with farmers”.

Three of those killed have been identified by the local collector as Kanhaiyalal Patidar, Bablu Patidar and Prem Singh Patidar. The injured are currently admitted to the zila hospital.

The government doesn’t know who fired the bullets

State home minister Bhupendra Singh said neither the police nor the CRPF fired at the crowd. But the government has no alternative explanation for where the bullets came from. The collector has said that the police did not have clearance to fire at agitating farmers under any circumstances – so the police neither fired nor ordered anyone else to fire.

Postmortems of the deceased are being videographed and the cause of death may become clearer after that process, the collector added.

A state police spokesman reached by Reuters said, “The situation is very tense. We can’t confirm anything.”

The Rashtriya Kisaan Mazdoor Sangh has called for a state-wide bandh tomorrow, according to ANI. The farmers’ strike saw incidents of violence from its first day, with clashes between the police and protestors, and delivery trucks being set on fire, Indian Express reported.

The strike began on Thursday in Maharashtra, with farmers dumping produce and milk on the street to demand debt forgiveness and better prices for their produce.

Some farmers’ leaders in Maharashtra agreed during the weekend to call off their action after chief minister Devendra Fadnavis said he would meet their demand for a waiver on farmer loans. Other farm unions vowed to continue the protest.

The strike has since spread to Madhya Pradesh. Both states are governed by the BJP. 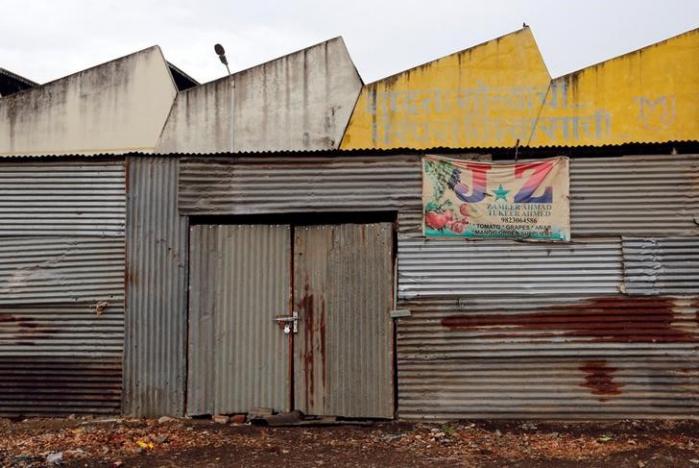 A closed stall is seen at an empty wholesale fruit and vegetable market in Pimpalgaon, June 2, 2017. Credit: Reuters/Danish Siddiqui

A silent march was taken out in Indore in solidarity with the farmers’ strike. According to reports, there was some stone pelting during the march. The police responded with a lathi charge.

According to a police official, the marchers stopped in from of the Devi Ahilyabai fruit and vegetable mandi in large numbers and all of a sudden started pelting stones at the police. That’s when the police used the lathi charge.

Demand for the chief minister’s resignation

Leader of the opposition in the state assembly from the Congress Ajay Singh today demanded the resignation of chief minister Shivraj Chouhan. He added that this incident is particularly shameful for Chouhan because he has always claimed to be the son of a farmer.

Singh added that all the promises the chief minister was making were false and that bullets were being used to silence protesting farmers.

Call for a bandh

Senior Congress leader and former chief minister Digvijay Singh has called for a bandh on Wednesday (June 7) because of the violence.

We ask ppl of Madhya Pradesh to support the cause of farmers & there should be complete MP 'bandh' tomorrow: Digvijaya Singh, Cong #Mandsaur pic.twitter.com/KJnlal94ID

Congress leader Jyotiraditya Scindia also condemned the incident, saying that instead of discussing farmers’ issued, the state government was simply trying to get them out of the way using bullets. He called today a “black day” in the history of the state and added that it was shameful that farmers’ legitimate concerns weren’t being addressed.

Farmers let down by BJP government

On June 5, farmers alleged that the BJP government was breaking its promises to them. The Rashtriya Kisan Mazdoor Sangh said that given this, they would go ahead with their planned agitations till June 10.

RKMM chief Shiv Kumar Sharma said that while Chouhan had met with leaders of farmers’ organisations on June 4, they were dissatisfied with his promises and would continue their agitations. He added that the BJP government has broken promises to farmers several times in the last 14 years and is no longer worthy of trust. Other farmers’ organisations, however, including the RSS-backed Bhartiya Kisan Sangh, had called off the demonstrations after their meeting with Chouhan.

Note: An earlier headline of this article stated that six farmers had been shot dead during protest in Madhya Pradesh.