Commotion around the Ghazipur border has increased, along with heavy police deployment at the protest site, The Wire has learnt. 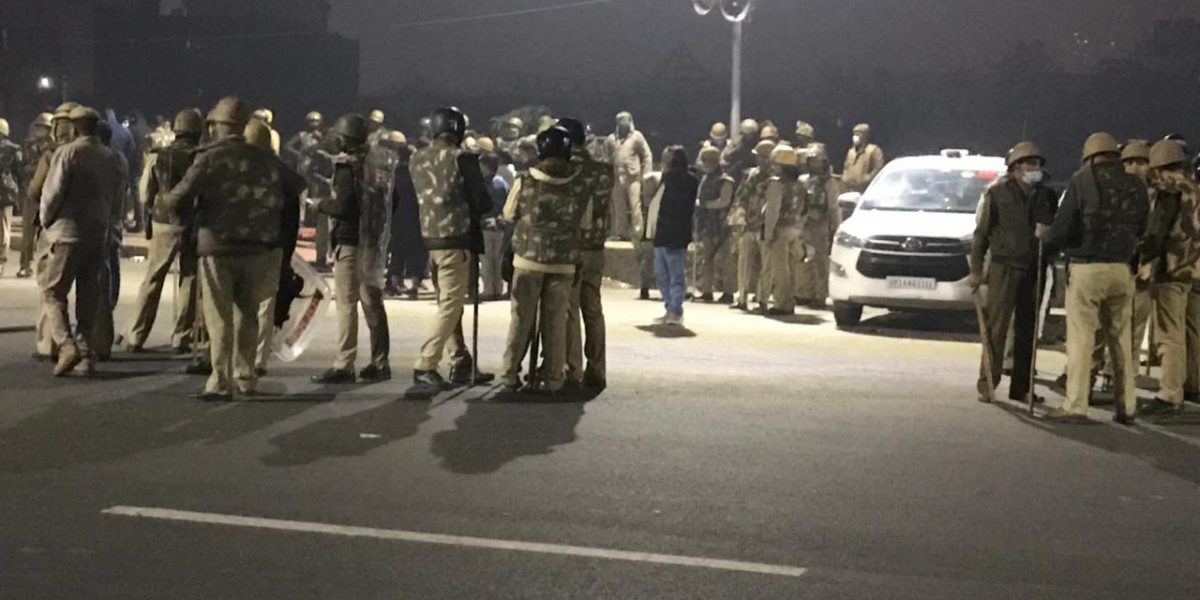 New Delhi: As farmer unions protesting at Ghazipur, on the Delhi-Uttar Pradesh border, refuse to leave the site, Uttar Pradesh authorities on Thursday evening asked the protesters to vacate the area and imposed section 144 (no assembly). Commotion around the Ghazipur border has increased, along with heavy police deployment at the protest site, The Wire has learnt.

Indian Express has reported that a section of farmers at Ghazipur are packing up to leave the protest site on Thursday.

For the past two months, braving cold weather and rainfall, farmers have been protesting at the site against the three contentious farm laws brought by the Centre. A photo of a riot control vehicle at the Ghazipur border, on January 28, 2021. Credit: Shekhar Tiwari

The latest order by Uttar Pradesh presumably comes after the farmers’ tractor rally on Republic Day met with lathicharge, barricades and teargas at several spots in Delhi and near the border. The violence has resulted in several FIRs, injuries among both farmers and police personnel and the death of a farmer near ITO. Late on Wednesday, January 27, videos showing Uttar Pradesh police lathicharging upon protesters at the Ghazipur border site began going viral on social media. Farmers sleeping under blankets were seen being beaten in one such video.

Several Twitter users wrote that power supply at the protest site has been cut off and police have brought in additional water cannons to the site.

Through the day, there has also been a reported escalation of police presence at the site. Videos showing police marching onto the site have been shared by Twitter users.

Visuals from the border area pic.twitter.com/NzLqWyFawI

Protesters at smaller protest sites in Mathura and Fatehpur were asked to vacate the sites as well, NDTV has reported.