Why MSP at 1.5 Times Cost Is Another Empty Promise for Farmers

Arun Jaitley's Budget speech was vague on the details, and closer inspection reveals that it was also misleading. 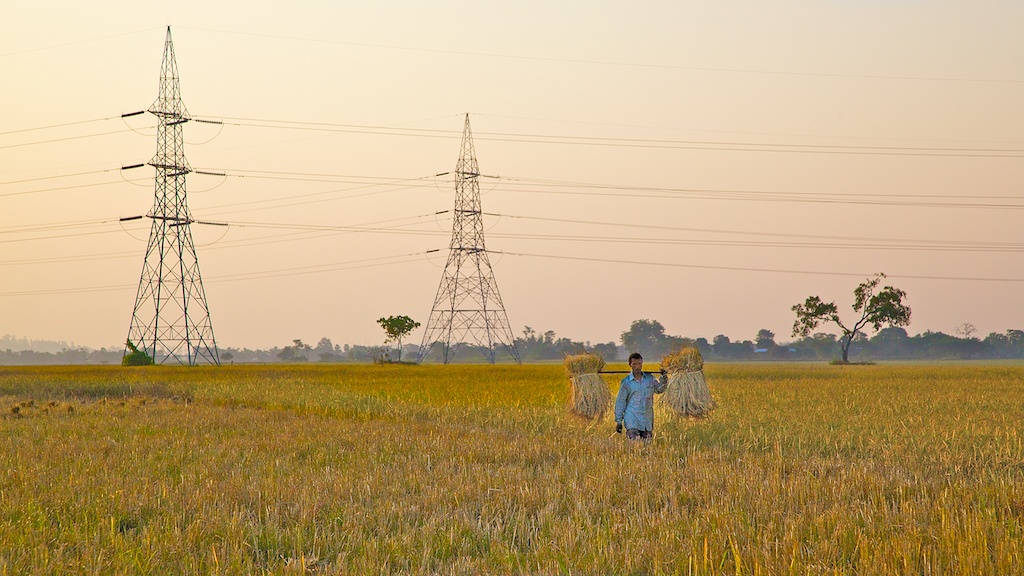 Arun Jaitley, presenting his fourth Budget as finance minister, announced that he is fulfilling a promise made by his party in the election manifesto for the 2014 Lok Sabha elections – the promise of a minimum support price (MSP) that is 50% higher than farmers’ cost of production. “Government has decided to keep MSP for all the unannounced crops of kharif at least at one and half times of their production cost,” said Jaitley, and went on to add that this decision will prove to be a ‘historic’ step towards doubling the income of farmers.

However, on closer inspection, it has emerged that the finance minister’s announcement is misleading. The MSP for eligible crops is declared by the Commission for Agricultural Costs and Prices (CACP). The CACP has three different definitions of productions costs – A2 (actual paid out cost), A2+FL (actual paid out cost plus imputed value of family labour) and C2 (comprehensive cost including imputed rent and interest on owned land and capital). As is evident, C2 > A2+FL > A2.

The table above shows that the difference between C2 and A2+FL is substantial, implying that when the finance minister’s formula for determining MSP at cost plus 50% is applied, the result will vary significantly depending on which cost is taken into account.

Watch: Budget 2018, Decoding the Promise of MSP for Farmers

Avik Saha, national convenor of the Jai Kisan Andolan, points out that when Prime Minister Narendra Modi, during his 2014 election campaign, promised that MSP will be set at cost plus 50%, the MSP for most crops was already higher than A2+FL by more than 50%. Therefore, by cost he must have meant C2.

“In 2014, the MSP for most crops exceeded A2+FL by more than 50%. But despite that, farmers were in financial trouble. Narendra Modi must have recognised this and that is why he went around saying that he will give an MSP which is more than 50% of the cost of production. Therefore, he must have had C2, and not A2+FL, in mind,” said Saha.

In his speech, Jaitley also claimed that the government has already declared “Minimum support price (MSP) for the majority of rabi crops at least at one and a half times the cost involved”. This comment – as will become clear from the table below – suggested which cost of production Jaitley was alluding to, without specifically saying so.

As is evident from the table, for the 2017-18 rabi season, returns over C2 are less than 50% for all crops, and Jaitley could not have claimed that the government has already provided 1.5 times C2. It must be A2+FL that the finance minister had in mind when he spoke about cost of production, as returns over A2+FL for a majority of the crops are above 50% — or 1.5 times the cost, as Jaitley said.

An official at the Ministry of Agriculture, on the condition of anonymity, confirmed that it will be A2+FL that will continue to be used to determine MSP. “It has always been A2+FL and that will continue. Using C2 will distort everything and prices will shoot up like anything. That is not possible,” said the official.

Ashok Gulati, agriculture economist, notes that if A2+FL is to be taken as cost of production, then there is nothing new in what the finance minister has announced. “A lot of unnecessary confusion has been created about this. The MSP has been 50% higher than A2+FL for the last ten years. There is nothing new about that. Even at the time the BJP had put the promise of cost plus 50% in its manifesto, the MSP was already more than 50% higher than the A2+FL. So, if they had A2+FL in mind, why put this promise in the manifesto? The MSP was already higher,” said Gulati.

Also read: For India’s Farmers, Budget 2018 Is Nothing but a Hoax

Harpal Singh is critical of the finance minister’s announcement and calls it a broken promise. “The BJP itself was going around in its campaigns and saying that they will give a MSP which is 1.5 times higher than the total cost of production, not a partial cost of production. This is a stab in the back for farmers,” said Singh.

Avik Saha agrees with Singh. “All these years they went around talking about 50% over C2. Now, in the last year of their government, they have suddenly changed the goal post and are trying to cheat the farmer,” he said.

Devinder Sharma points out that while the announced increase to MSP is not sufficient, it is important to remember that only a fraction of the farmers actually have access to MSP. “First, the announced increase is minuscule as it takes A2+FL into account. However, 93% of farmers in our country do not have access to even that MSP. They are left to deal with market volatility on their own. There is no provision in the budget to increase the ambit of farmers who are covered by MSP. And that is a problem in addition to how the MSP is calculated,” he said.

Farmers also argue that MSP is only announced for 25 crops, while for other crops they have to deal with market volatility. “What about other crops? There is no MSP for fruits and vegetables. If one day I sell for Rs 30/kg, the next day the price can be as low as Rs 5/kg. The government has not done anything about that. Do the industrialists have to face such massive fluctuations?” said Monu Choudhary, a farmer in the Hisar district of Haryana.

Birchander Rai, a farmer in the Vaishali district of Bihar, says that the MSP often does not reach farmers as the government does not procure on time and the farmer has to make distress sales at rates lower than the MSP. He said, “For the last three months, the government has not procured rice. I needed cash as I am small farmer. I could not wait and had to sell to traders at Rs 1,100 per quintal (the MSP for paddy for the 2017-18 season is Rs 1,550 per quintal).”

However, Rai believes that if an MSP of cost plus 50% is actually implemented, it will have some benefit for farmers. “If the benefit of the scheme reaches us and if I actually get Rs 1.5 for every rupee that I spend, then it is definitely beneficial,” said Rai.

“But, I somehow don’t have faith in the government,” he added.