Farmers' Protest LIVE Updates | 'Will Sit at Delhi Border Till Permission Given to Go to Jantar Mantar,' Say Protesters

Sustained protests by farmers against the Centre's new farm laws have culminated in a two-day rally on November 26 and 27. 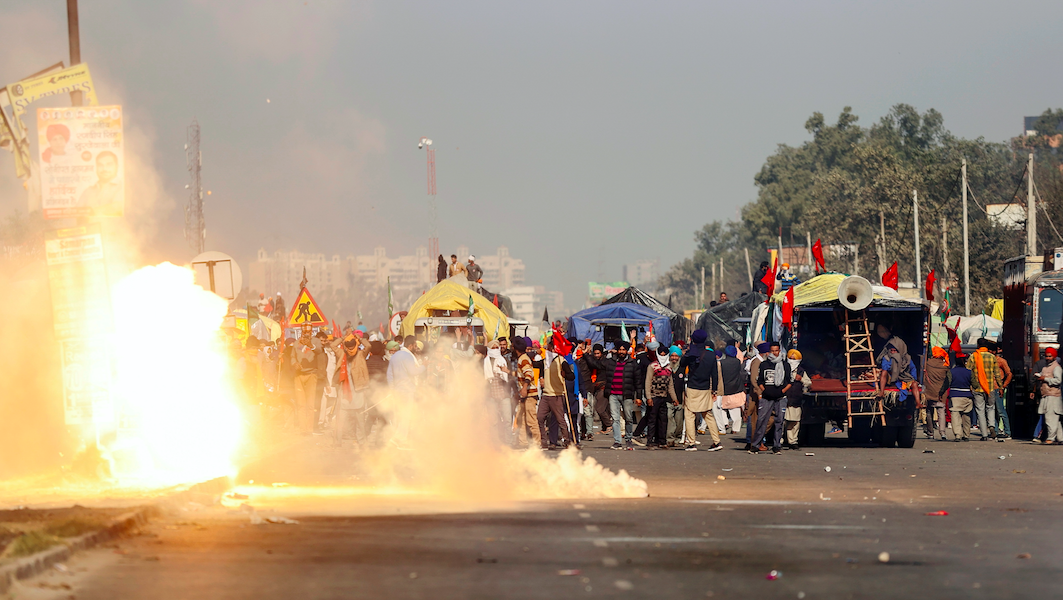 New Delhi: As part of the ‘Dilli Chalo’ protest called for November 26 and 27, more than three lakh farmers, including over two lakh protesters from Punjab alone, have reached the Delhi border. The BJP governments in Haryana, Uttar Pradesh and Uttarakhand have adopted severe repressive measures arresting more than 100 local farmer leaders, detaining several others and preventing movement through states.

On Friday morning, farmers overcame barricades placed by the police and began marching towards Delhi. Those who had been stopped at the borders at Uttar Pradesh and Haryana have sat down on dharnas on the roads.

On Saturday, protesters, who have arrived at the Delhi border from Punjab, have refused to go to the Nirankari Ground in Burari. This was decided at a meeting of senior leaders held at Kundali in the morning today.

We will bring you live updates from the protests through the day, as and when they happen.

Note: The live blog may take a little while to load.