Strangled by Drought and Low Prices, Maharashtra Farmers Hope for a Better 2019

After another season of less than normal rainfall during the monsoon, the Maharashtra government declared 32 districts as drought hit.

The deserted landscape of Dhawalpuri 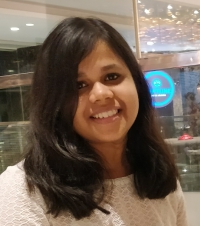 Dhawalpuri (Ahmednagar): A narrow road off the Ahmednagar-Kalyan highway in northern Maharashtra leads to the small village of Dhawalpuri. One can witness large tracts of barren landmass with scarce vegetation on either side of the pucca roads constructed under Pradhan Mantri Gram Sadak Yojana in and around the village.

Amidst the bleak and deserted landscape, a few houses can be seen scattered. Salan Nana Pande (65) lives in one of the semi-pucca houses. Wrapped in a saree, she showed me the photos of her five daughters who are married and live in different parts of the state. She and her 70-year-old husband, now live alone. Their land is their only source of livelihood. The two grows onions instead of pulses which are more widely grown in Dhawalpuri. “With no rainfall this year, pulses were not an option. Even other crops like wheat, jowar and bajra produced little yield,” Salan said when I expressed surprise at seeing onions in her field. The crops mentioned by Salan require substantial amounts of water, which has been in short supply.

She showed me receipts of commodities that she sold at the government mandi in Ahmednagar town last year. Onion, jowar and bajra were the three crops that she grew last year and fetched decent prices.

This year, however, has been different. Due to deficient rainfall, the yield of jowar and bajra was very low. While onions have sold for rock-bottom prices. As The Wire has reported, onion prices have crashed to as low as Re 1 per kilogram in many parts of Maharashtra this season. 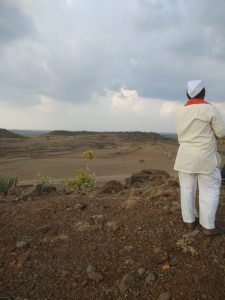 Even the productivity of onions has been impacted by scanty rainfall. “Total land available for the sowing of onion is less than normal due to the non-availability of water,” she said.

Both the cropping seasons – rabi and kharif  – have been adversely impacted by rain deficit. After another season of less than normal rainfall during the monsoon, the Maharashtra government declared 32 districts as drought hit. Ahmednagar is one of those districts.

Lying in the rain shadow area, this year’s severe drought has left people of twelve hamlets, known as ‘wadis’, under the Dhawalpuri Gram Panchayat – helpless.

Farmer suicides have become worryingly common in the region. In 2015, Maharashtra reported 4,291 farmer suicides. Crop loss due to drought and the subsequent debt burden have been the major factors.

This year too, is a dry year for a majority of the plateau regions in Central Maharashtra. Out of the 14 rivers flowing through the state, eleven rivers emanate from the Western Ghats and are dependent on rainfall for their flow. The capacity of the infrastructures, like irrigation canals from these eleven rivers, supports cultivation in 19.64% irrigated area whereas the remaining 80.24% of the area is rain-fed land, according to the Economic Survey of Maharashtra 2017-2018.

With no presence of infrastructure like irrigation canals in the rain-fed area of Dhawalpuri, non-profit organisations have installed structures like watersheds and farm ponds for storing rainwater and maintaining the groundwater level. These constructions have not been evaluated and monitored for years – even in the changing climatic conditions.

Kondu Ram of Thakarwadi (one of the 12 hamlets) says, “These structures stored water which was used up in the initial months of the year and now there is no water left for agricultural farming.” Saku Mohan Rathod, another resident, remembers buying sweets and meat for her grandchildren from the local haat every Friday. But, the drought this year has made those luxuries she can no longer afford. Drought-driven migration from the village of Thakarwadi is prominent. Rathod’s children have migrated to the city as seasonal labourers.

She narrates the story of her parents, a generation ago, leaving the land of Rajasthan and shifting to Maharashtra for better livelihood opportunities. Ironically, erratic rainfall in the hilly mountainous region of Thakarwadi has made her children move to the city for better income sources, while their agricultural land remains barren.

Belonging to the Banjara tribe, she drapes herself in ghagra, ghunghat and speaks fluently in Hindi. She shares,“ The Kharif cultivation of onions in the small plots will fetch us Rs 7 per kg due to the size and quality, whereas the seasonal income from the city is sufficient to run a household of six”. Livestock, that supplemented her earnings, was sold due to less coverage of grazing land and the cost of fodder being Rs 5 to Rs 5.6 per kg. 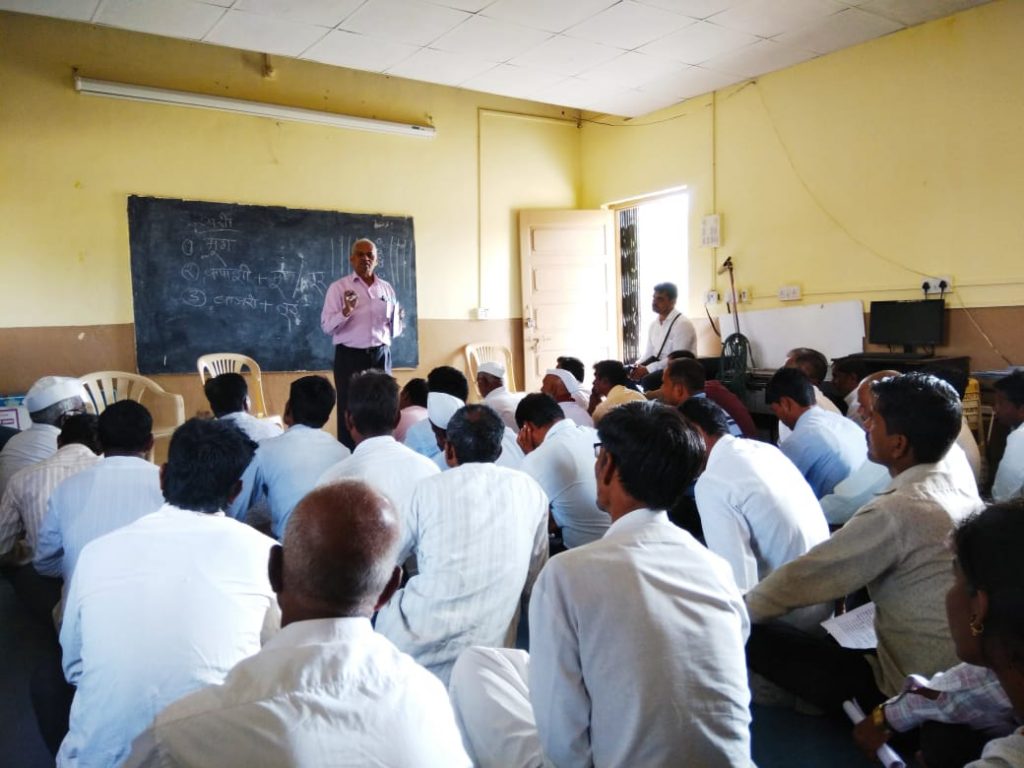 Non-profit organisations conducted training programmes in organic farming and provided agri-inputs to the farmers of Dhawalpuri. But, with the non-availability of water, the investment of time and money for better productivity went in vain. The drip irrigation system that is installed in the acres of land of medium farmers, work through an operating pump near the wells. However, the low levels of water in the wells has made the system a failure.

“The priority of usage of water has shifted to basic purposes like drinking and bathing instead of the farming activities for the rural people,” says Rajesh Bhangade, the Sarpanch of Dhawalpuri.

The farmers have been prey to drought and low pricing of onions. The average retail prices for November was Rs 25 per kg, and the farmers sold at a comparatively lower price in the local haat. The outputs from the village are not sufficient to sell at APMC. 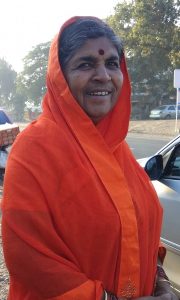 Last year, the Maharashtra government offered direct marketing licenses to prevent the volatility in the markets.  But, the floating prices set by traders still exists according to Salan Nana Pande. She argues, “All these movements by the governments are a hoax, we remain silent while the auction takes place and I have sold onions for Rs 5 per kg as there was no demand by the traders.” “I spent Rs 60,000”, she added, “from the stage of sowing seeds to harvesting of 15 tonnes of onions, but sold them at Rs 10 per kg at the weekly Mandi.”

Whereas, the data in the Agmarknet for the first two weeks of November reflects a price of  Rs 1,500 per quintal in the markets of Ahmednagar with the market arrivals of 5,979 tonnes. Minimum support prices are set for pulses, paddy and few other crops that cannot be grown due to drought, leaving the rural people perplexed while selling perishable produce like onions.

The sarpanch of the village plans to set up forward marketing linkages with the help of non-governmental organisations and governmental support from the state. Climate-sensitive agricultural income is the need of the moment for all the farmers in the rural landscape that are working tirelessly towards food security in spite of the weather changes.

Arjya Pragyan Mohanty is student of MBA-Rural Management at Xavier University, Bhubaneswar, who loves exploring heritage buildings, reading non-fiction and pays special attention to the stories of people from the bottom of the wealth pyramid.