'Won't Be Part of Panel of People Known for Support of 3 Acts': Farmers React to SC Decision

"These are people who are known for their support to the three acts and have actively advocated for the same," the farmers have said. 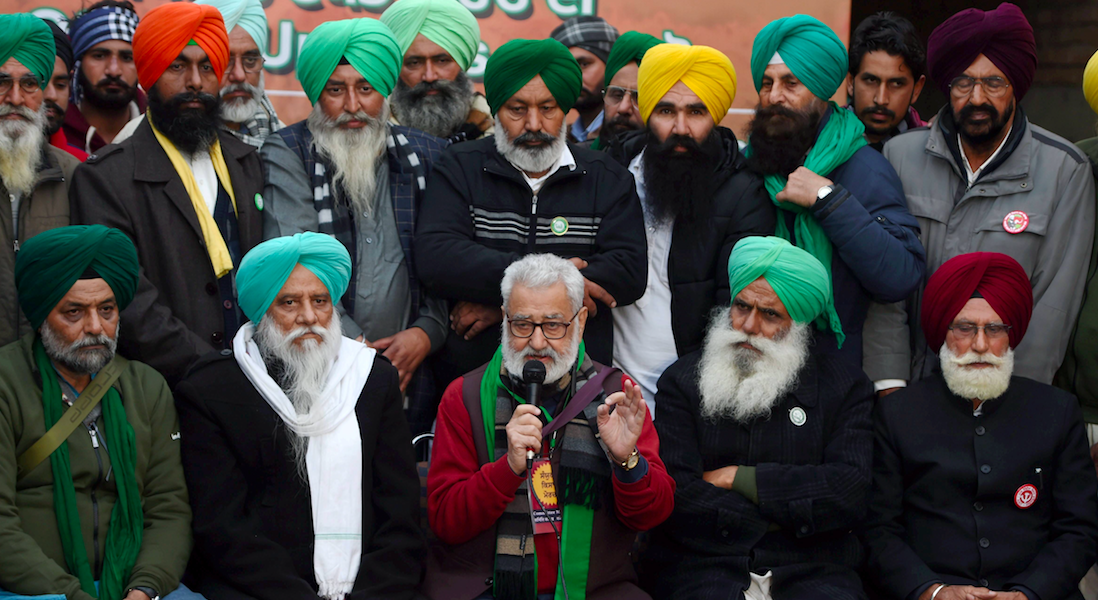 New Delhi: Protesting farmers on Tuesday said that they were not going to participate in the processes undertaken by the committee formed by the Supreme Court to resolve the stand off over the three contentious farm laws.

All of the four suggested experts have gone public in support of the farm laws.

Addressing a press conference at Singhu Border, Union leaders claimed the members of the committee are “pro-government”, and asserted they will not appear before it.

A statement by the All India Kisan Sangharsh Coordination Committee (AIKSCC) has voiced similar fears. “…further, one of their [farmers’] apprehensions about such a process got validated in the very constitution of the committee. It is clear that the Court is being misguided by various forces even in its constitution of a committee.” the statement reads.

“These are people who are known for their support to the three acts and have actively advocated for the same,” the farmers have said.

Farmer leader Balbeer Singh Rajewal said from Singhu that the committee was a method of “distracting” farmers from the protest.

Addressing a press conference, Congress’ chief spokesperson Randeep Surjewala also said the party welcomes the Supreme Court’s concern over the farm laws, but the party has issues with the composition of the committee formed by it.

In addition to slamming the committee, farmers also said that they were of the belief that the apex court’s decision to stay the proceedings were “welcome but not a solution”.

“The farmer unions have not been asking for this solution, given the fact that the implementation can be reinstated at any time. The government must repeal the laws and it must understand that farmers and people of India are opposed to the laws,” the statement said.

Farmers also reiterated their plan of a peaceful rally in Delhi and all over India on January 26. “The government is trying to misguide the court on this too,” the statement noted.

However, the farmer leaders said they would attend the January 15 meeting with the government.

Making one more assertion of the fact that nothing short of a complete rollback of the laws will work, farmers have said that the three laws, “Will lead to high cost of inputs, higher debts on peasants, lower the crop prices, increase farmer losses, decrease govt procurement, end PDS, raise food costs, higher farmer and agri-worker suicides, hunger deaths, eviction from land due to debts. The government has hidden these hard facts from people and courts.”