The repeal of the laws by parliament would not lead to the implementation of farmers' demands – they would be back to where they were prior to the passing of the bills. 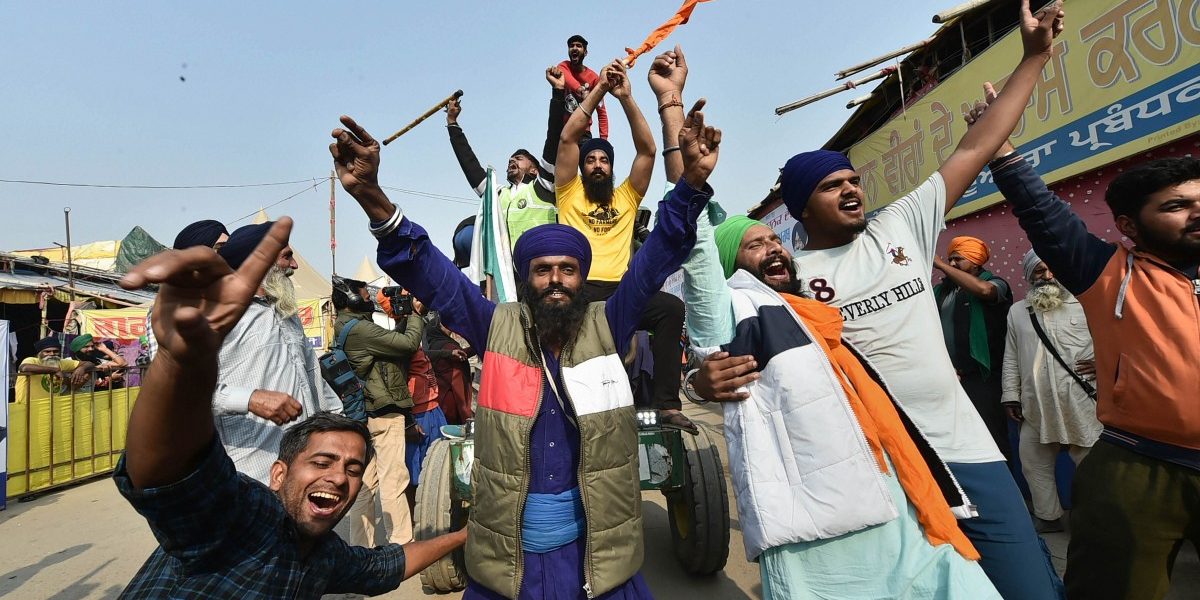 Rush to bring the bills

The government had promulgated an ordinance to implement the three farm bills in June 2020 at the height of the first coronavirus wave. The farmers started their protest against the bills soon thereafter.

What was the hurry to bring an ordinance on such an important issue? Clearly, it is an important part of the government’s agenda to help the corporate sector and it could be rammed down during the lockdown when protest was not allowed.

The Bills to replace the Ordinance were rushed through the next parliament session without proper debate. Again why the anxiety to push through the Bills when protest had already erupted? Again an opportunity was seen.

The farmers intensified their protest but in November 2020, moved to the Delhi border to continue their protest. They realised that protesting in the states does not have the same traction as a protest in Delhi has. They wanted to protest at the Ramlila grounds but were stopped at the borders of Delhi and that is where they have stayed for almost a year now.

The present announcement to have the parliament repeal the bills is a victory for the farmers. More so since the present ruling dispensation does not admit mistakes and pushes ahead with its agenda irrespective of what the opposition and democratic voices may say.

For instance, both the demonetisation decision and GST implementation were known to be wrong but the government pushed ahead without admitting its blunder. With regard to the collapse of the economy due to the lockdown induced by the pandemic it was clear that demand was short and the poor were in dire need of money in their hands, but the government continued with its pro-business agenda under the rubric of supply side policies.

While the former, a short run measure, would have had an immediate impact, the latter is a long term measure which will not work unless demand revives. But the government has not done a course correction. 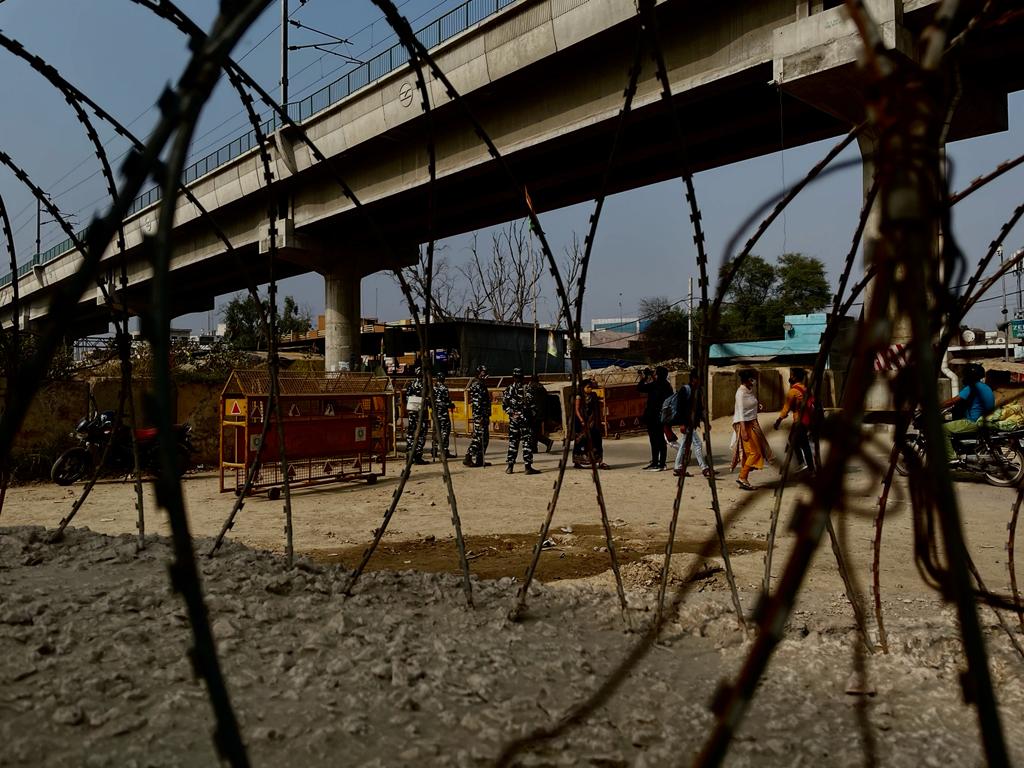 Change of heart due to electoral imperatives

So, should the farmers celebrate and withdraw their agitation? The farm leaders must know that this move is due to the impending elections in north India and crucially, in Uttar Pradesh. Even the Rashtriya Swayamsevak Sangh, in its recent meeting had advised the Bharatiya Janata Party that UP is crucial and a solution needs to be found to the farmers’ protests to minimise the damage being caused.

The BJP also realises that if UP is lost then the prospects in the national elections in 2024 would also be damaged.

Clearly the change of heart on the part of the government is electoral and not because it is convinced by the farmers’ arguments that the three farm bills are not reforms but deforms. They would worsen the situation of the farmers rather than improving it. They are designed to promote marketisation and corporatisation of agriculture which can only lead to a deterioration in the situation of most farmers. Small and marginal farmers would be in danger of losing their land and becoming workers in their own fields. Since there is little non-farm employment generation in the country due to growing mechanisation, their lot as workers would become worse than at present as marginal farmers. Above all it would destroy a way of life.

It is not that the farmers do not want change from the abysmal situation they have been in. But they have argued that the three bills would only worsen their already bad situation.

No wonder they have been protesting vehemently for long. Protests by farmers is not new. Before the national elections in 2019, there were big marches in Maharashtra, in Madhya Pradesh, around Delhi and elsewhere.

Their demands have been remunerative prices, guaranteed MSP and continuation of APMC mandis – none of which the bills were guaranteeing.

The government being pro-business has only pushed for a market based solution. But that helps those who have the capital and are strong in the market – the corporates. The government has viewed the demands of the farmers as anti-market and hence not acceptable. Most economists today and most political parties are also pro-market and they have been pushing for market based reforms since 1991.

The government is correct when it says that most economists and political parties have been in favour of the reforms pushed by the three bills. It is also correct in saying that discussion has been going on for long and it is not the case that a consensus does not exist. The issue is consensus amongst whom, certainly not with the farmers? Further, in agriculture ‘free’ markets are not feasible given that the markets are interlinked.

Due to the credit that the farmers take they have to sell their crop to their creditors and that to soon after harvesting it. So, they have little ‘choice’ to sell wherever they like. When it came to the crunch, even the rich farmers realised that they would be badly hurt by what is proposed in the three bills. The 85% of small and marginal farmers who operate less than 2 hectares of land would be badly hit and they have little voice in policy making.

It is usually the case that in any movement it is the well-off sections that take the lead since the poor can hardly afford to protest. When have we seen the poor protesting in India in spite of grinding poverty persisting in the country for long? The only section that has been marginal to the agitation is the farm worker – they need higher wages but that is hardly ever taken up in the protests. However, their fate is linked with that of the farmers. So any crisis in farming would adversely affect them and in that sense their interest was also partly represented in the farmers’ protest.

Need for a blueprint for reform

Does the repeal of the farm laws indicate a change in the heart of the ruling dispensation? A dispassionate analysis of the PM’s speech suggests that is not the case. He has said that the Bills were for the betterment of the small farmers. Further, only some were opposed to the bills and that they could not be convinced of the government’s position. In other words the PM spelt out that the bills were desirable.

So, the repeal of the laws by parliament would not lead to the implementation of the farmers’ demands – they would be back to where they were prior to the passing of the bills.

Any committee that the PM said would be set up would have mostly the pro-market reformers. The few farmers’ leaders who may be included in the Committee would be at loggerhead with the rest of the committee and could get marginalised. The Supreme Court appointed Committee also was one-sided. Its report has not seen the light of the day and its members are now reportedly protesting against the announcement of the repeal of the bills.

The farmers have a window till the elections to convince the government to implement their demands. But the solution to their problem does not lie in agriculture itself. There has to be an overall package of policies. This must cover the interest of all sections of society including the workers and marginal farmers. It has been attempted in the past and can be done again – the farmers’ current victory should enthuse them to attempt it.

The prospects are that the standoff can only continue. The farmers need government intervention while the government wants to retreat. Guaranteed MSP is unlikely to be accepted by the government on grounds of practicability, etc.

Theoretically prices for all crops can be announced but the problem will be in implementation – administrative difficulties and corruption will have to be sorted out and that is challenging in the present Indian milieu.

But, how is the present system fine? It has led to hundreds of difficulties and it does not cater to the needs of hundreds of millions of farmers and their families. Actually, where there is a will, a way can be found to overcome any difficulties.