Can the government guarantee that India won’t go the US agri-business way due to these reforms? If the implementation fails, no one can safeguard our farms. 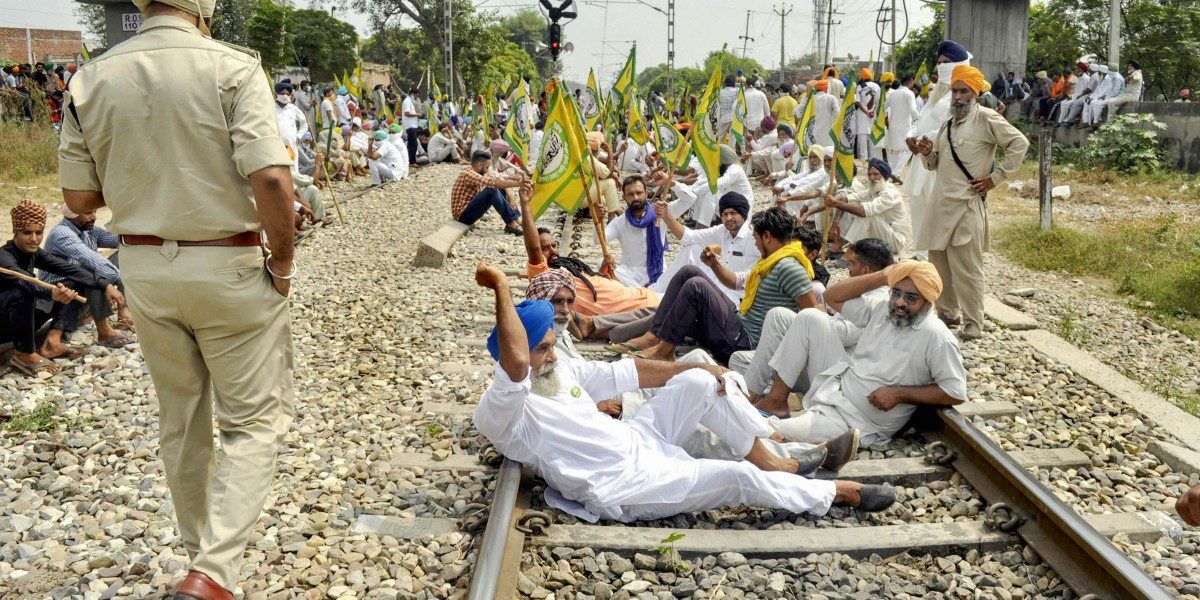 Members of various farmer organizations block a railway track during a protest against the central government over agriculture related bills, at Nabha in Patiala, Thursday, September 24, 2020. Photo: PTI

Did our Rajya Sabha pass the farm bills in a high-handed manner? The live-stream this Sunday from the Upper House managed to record the voice vote, but bowdlerised the protests by a united Opposition altogether.

It was Pratap Singh Bajwa, an MP from Punjab, who set the tone by saying that the current bill will destroy marginal and small farmers. Other opposition MPs, namely Binoy Viswam of the Communist Party of India, went on further to say this bill favours “Monsanto, Walmart and Reliance, etc.,” and concluded by stating, “FDI culture will finish Indian agriculture.”

But are these fears valid?

The farm bills are an extension of Niti Aayog’s Doubling Farmers Incomes (DFI) report. And by opening farm-gates for corporations, Modi is applying Uncle Sam’s playbook to Indian farmers, aiming to woo “agri-dollars” into India. Hence the government has laid stress on FDI too.

But this shouldn’t come as a surprise as since the Green revolution, the United States has deeply influenced Indian agricultural policy. This has been done directly through collaborations in creating the Seed Act, 1966, etc and more covertly through bullying at WTO on tariffs, MSP, and imports.

On a closer read, one can see the DFI report paraphrasing many US policy documents such as the Committee on Economic Development’s (CED) ‘An Adaptive Program for Agriculture’, on issues such as “moving cultivators to non-farm jobs”. 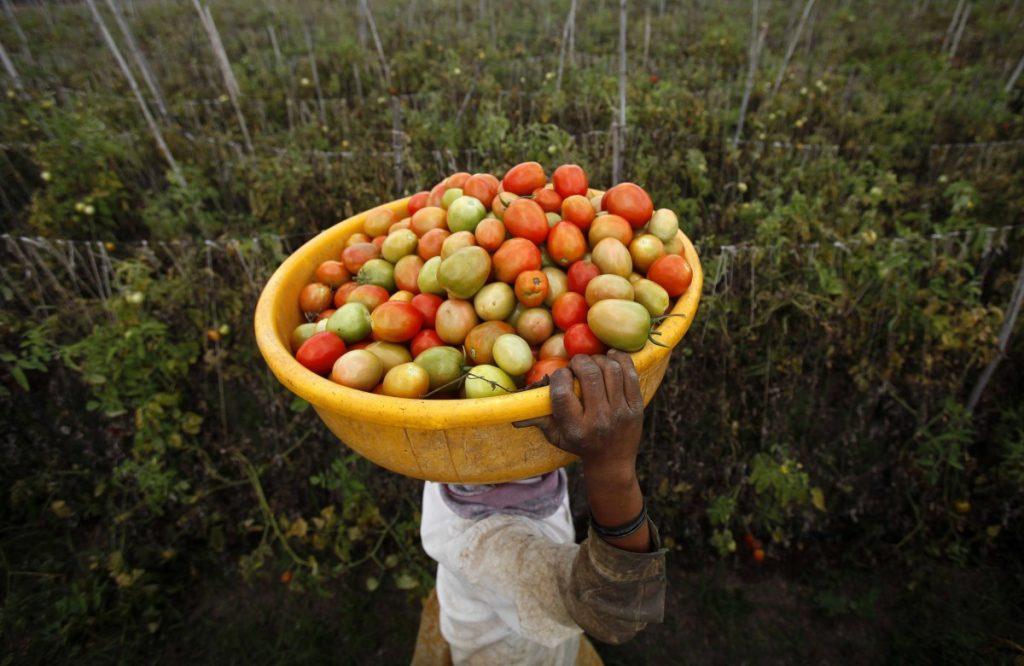 Mind you these policies are already at play as Niti Aayog CEO Amitabh Kant in a recent article called it “watershed moment for agriculture as 43% of our workforce is unshackled” due to these reforms.  He is merely echoing conclusions of the CED report.

But that is not all. On July 22, Prime Minister Narendra Modi gave an open invitation to US agri-business companies to invest in India after “the historic reforms”.

Professor Ram Gopal Yadav, an MP from Uttar Pradesh, even made acerbic remark on Sunday, saying that no farmer’s son could have created these pieces of legislation.

The BJP’s own BKS General Secretary Badri Narayan Chaudhary made a similar comment stating “legislation has been drafted by people who are not aware of the grassroots reality.”

NSSO data from 2016 peeks into these realities and reports that the average Indian farm household earns as little as Rs 6,426 per month. The average monthly surplus of a rural household (farm and non-farm) is mere Rs 1,413 per month. Individual farmers earn about one-tenth of a  daily wage labourer’s income.

As bad as this picture is, COVID-19 may have changed it altogether for the worse.

Rewind to WW2. American farmers had experienced a boom after the war and were again failing into a cycle of  debt, overproduction and the low income trap of the 1920s and 1930.

Agriculture was the main occupation, and so a New Deal was introduced for farmers, which promised price support on important crops such as cotton, corn, wheat – similar to our MSP system – to protect the farmers against market forces.

In about 20 years, the program was left for dead under fiscal concerns and market pressures. 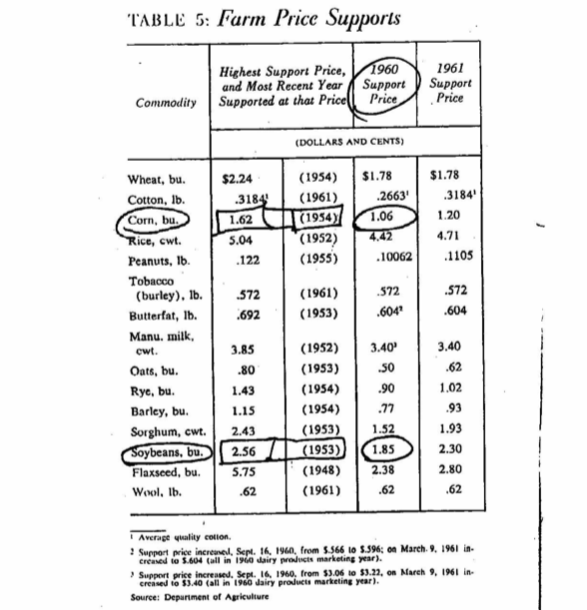 The US government, to galvanise rural incomes, then created financial and credit institutions offering easy loans to farmers for machinery and purchase of more land. A new system of contracting was also undertaken by the broiler industry, backed by feed dealers, etc. A push for diversification into livestock, high value crops, etc. was also backed US government loans.

Sound similar to the Rs 8.5 lakh crore agri-stimulus package COVID-19 stimulus given by the Modi government?

Riding on easy loans, stressed US farmers were quick to buy more land, farm equipment and modernise. In fact, for some years, the yearly land inflation price overtook bank investments. Overall, business was good, but this ascent was artificially sustained through lax fiscal manipulation. Speculation was high and credit was being used to refinance other mortgages. This caused a financial crash.

It was then that Agriculture Secretary Earl Butz gave a call-to-arms. “Either you got big” and doubled your income “or got out” of farming. By then it was already too late for small and medium family farms, the financial bubble had burst. In 1983 as the farm crisis erupted, net farm income dropped to $14.2 billion from its previous record of $34.4 billion in 1973. Livestock farmers – cattle and hog, were destroyed in the crisis. Thousands of farms and in particular small and family run farms were being foreclosed, while the size of the average farm grew (see chart below).

Iowa reported an increase of rural child abuse by 43.6% between 1982 and 1986. Meanwhile 1982, a handful of agri-business companies owned and controlled over 95% US corn and wheat, 90% of US oats, 80% of all sorghum leaving the US, and business was never better for them. 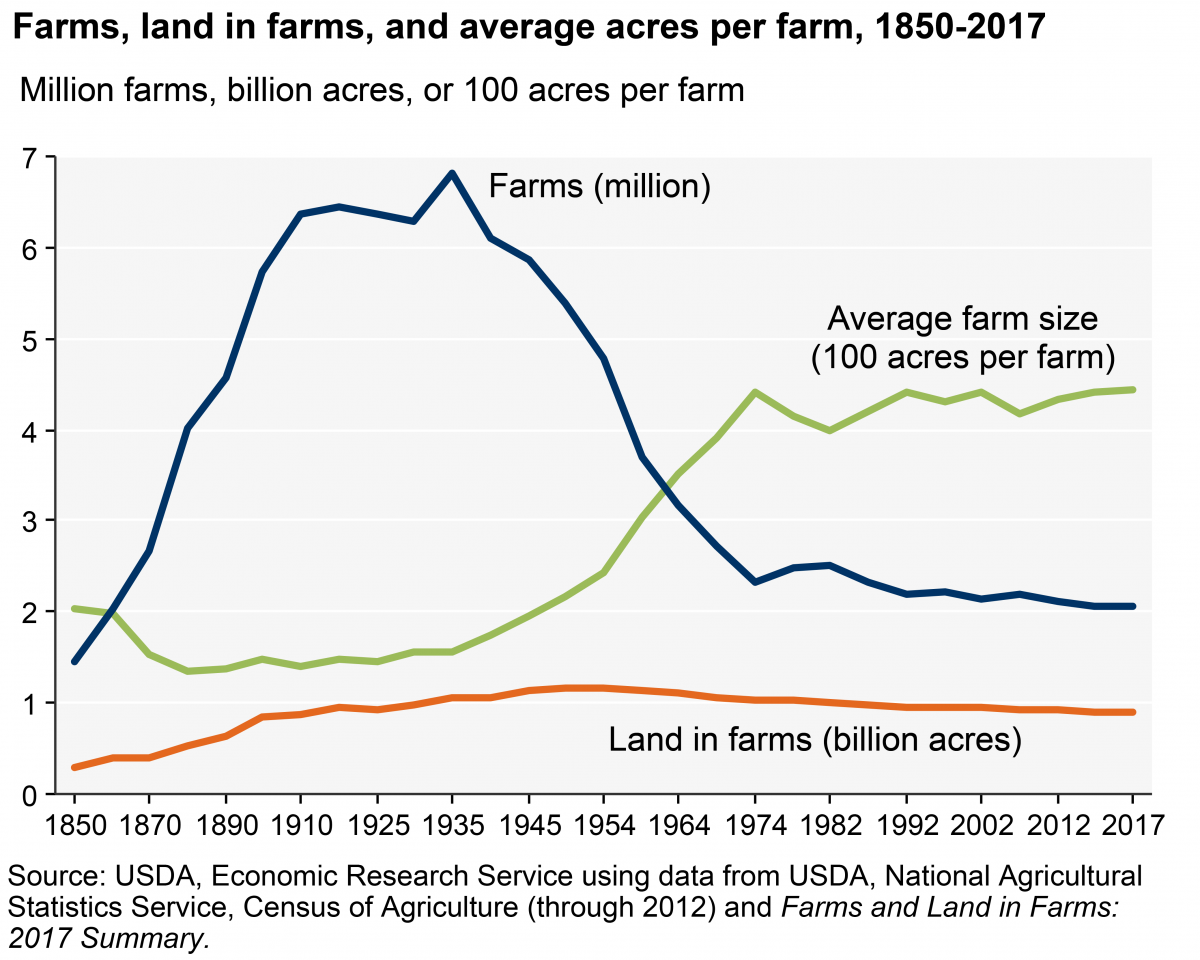 Dan Morgan’s Merchants of Grain, describes how a few agri-businesses created an oligopoly owing grain cars, elevators to rural banks, investment firms, insurance, etc using many sub companies to trap each dollar the farmer spent – whether on seeds, fertilisers or food. They are the creditor, seller and buyers, all in one.

Surprisingly, Howard Zinn’s People’s History of the United States records that southern tenant farmers were forced to buy only from company stores and given company store credits instead of paper money post the Civil war. In 1870, 90% of Texan farmers lived on credit.

Back to 2020, US has about 2 million farms, a $425 Billion farm debt, farm income declining by 50% and the American male farmers committing suicide two times higher than his non-farm counterpart.

The four top agribusiness corporations control 84% of all the US food supply and over 70% of the world’s grain. Rural America is ravaged by economic despondency, an opioid crisis, domestic violence and mental illness.

The American farm dream has earned billions of agri-dollars but by making millions of US farm families’ expendable commodities.

With the new agricultural reforms, Indian farms are now open for these behemoth agri-business firms. They have already digested farmers of Brazil, Argentina and so on. And they have had a taste of Indian Dal too. In 2015,  an investigation by the I-T department revealed that despite the Essential commodities act, agri-business firms caused the Rs 2.5 lakh crore Dal scam. With the ECA amendment, the culprits have been absolved.

Sooner or later the government will need an ordinance to free land ceilings as the success of US-influenced policy depends on big farms and minimal farmers. A recent USDA report predicts that “competitive forces will likely continue to reduce the number of small commercial farms and shift production to larger farms.” Land concentration will only increase in the US.

Can the government guarantee that India won’t go the US agri-business way due to these reforms? God forbid if the implementation fails, no one can safeguard our farms, annadattas and food system from a Neo-Company Raj.