Dimensions of Farmers’ Indebtedness: Who is Indebted?

Farmers are often forced to take additional loans to service current loans. Juggling a large number of standing loans can take a toll on their overall well-being. 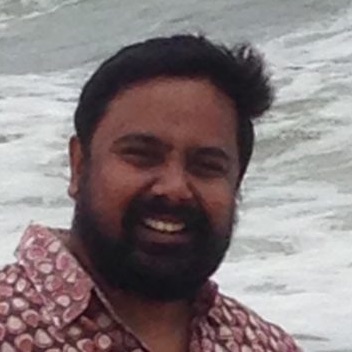 The Indian farmer is marching again. In March of this year, she walked to Mumbai; now she, along with more than 100,000 of her fellow-farmers, is on her way to Delhi; all in the hope that she can place her concerns in front of political leaders and the wider citizenry. One of the key demands in the charter drafted by the Nation for Farmers on the occasion of the Kisan Mukthi march, is that the “credit crisis and exploding rural indebtedness” be discussed as part of a special session of parliament, on ‘agrarian crisis’.

Indeed, indebtedness has been at the heart of every major farmers’ movement that India has witnessed, both in colonial and post-colonial times. Whether it is the Deccan Riots of 1875 or the Telangana Struggle of 1949-51, or the more recent Kisan Long March earlier this year and the upcoming Chalo Dilli, the problem of indebtedness has been at the root of farmers’ angst, and relief from it one of their key demands.

So, what is farmers’ indebtedness? Who among the farmers is more likely to be indebted? These are the questions that I address in my two-part essay. I use data from the All India Debt and Investment Survey for the years 1992, 2003, and 2013, collected by National Sample Survey Office (NSSO) to look at these dimensions of farmers’ indebtedness.

Indebtedness has been described as impoverishment by debt (Guerin, I et.al, 2013), or as a situation where a household is caught in spiral debts (Taylor M, 2011). Taylor further described it as a situation where there are a large number of standing loans, a high rate of interest, and no real hope of clearing the principal amount.

Scholars have measured indebtedness in a wide variety of ways. Some have used a self-reported sense of being indebted, using indicators like attitudes towards earning, saving, and spending money while others have looked at the frequency of taking loans and participation in debt markets. Yet others have looked at the extent to which households sacrificed basic needs, witnessed a dilution of their economic coping strategies and an erosion in the households’ ability to live with honour.

Also read: For the Third Time in Three Months, Farmers to Protest in Delhi

Digging deeper into the data reveals a more nuanced story. I find that caste is an important determinant of whether a household has standing loans or not. For instance, a household from the Scheduled Caste (SC) community is more likely to have a standing loan than those in the general category, as is a household belonging to the other backward caste (OBC).

Among the states, farmers from Andhra Pradesh, Telangana, Punjab, Tamil Nadu, Kerala, and West Bengal are likely to have a higher number of standing loans than the farmers elsewhere. It seems to be more than a coincidence that farmers from some of these states are participating in large numbers in the various movements and struggles that we are witnessing today.

Also read: Agricultural Loans Worth Rs 59,000 Crore Went to 615 Accounts in One Year

How many loans is too many?

This is a hard question to answer for it can vary from person to person. For instance, a salaried employee may be able to service two to three loans comfortably. But for a small farmer to service even two loans might be very difficult. What these numbers suggest is a higher dependence on loans among farmers.

During June-July 2018, I  visited a few villages in Sangareddy district, Telangana, and Anantapur, Andhra Pradesh to take stock for my dissertation, and had an opportunity to interact with a few farmers. What came across through those conversations was the sheer everydayness of loans in their lives. Whether it be because the bank was taking its time disbursing the loan or because someone at home got ill or because the household had to host a large number of guests and they had run out of ready cash, debt stepped in to address each of these situations, and more. 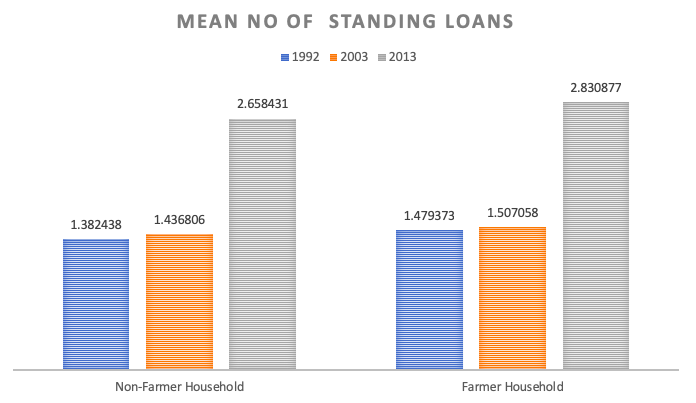 One farmer I spoke to mentioned that although he had a particularly good crop that season, because the middleman who sold his produce at the market took long to return with the proceeds, he lacked access to money for the next cropping season; and so he had to borrow. Another thing that transpired during my interactions with farmers, something that is widely acknowledged today, is how farmers are forced to take additional loans to service current loans. As one farmer in Sangareddy mentioned, if a lender gets too restive, the borrower simply takes money from another lender and repays the former.

Sandeep Kandikuppa is a Doctoral student at the University of North Carolina, Chapel Hill.