The development comes even as Facebook is battling allegations of favouring the BJP. 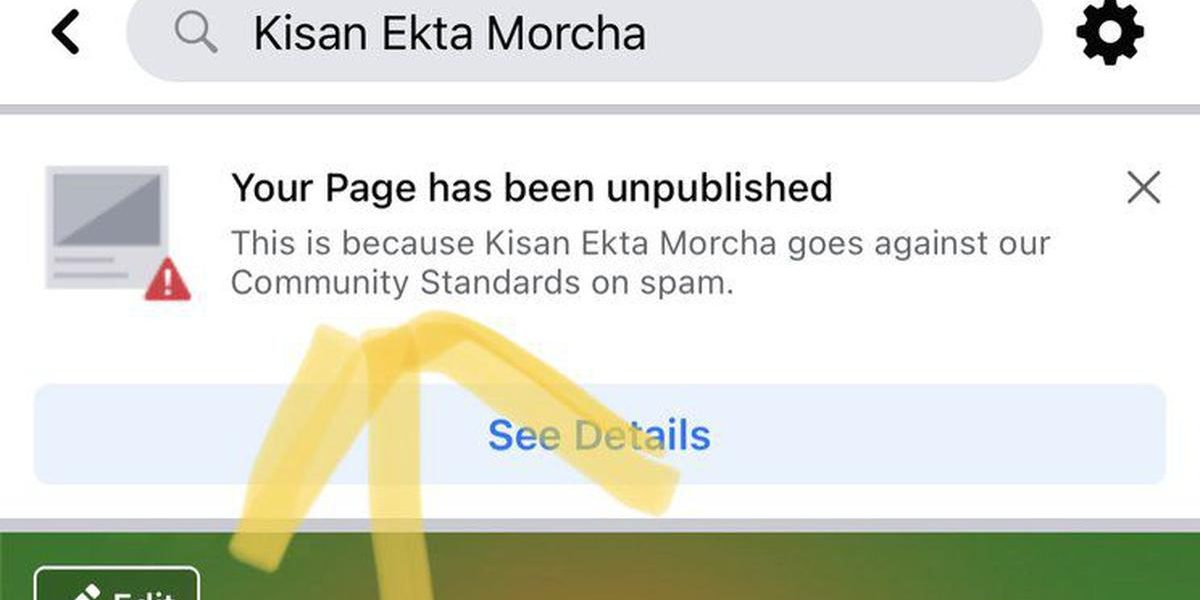 The page was restored after nearly three hours.

The account — called ‘Kisan Ekta Morcha’ — has over 100,000 followers and identifies itself as the official platform of the Kisan Andolan. It regularly publishes updates on the protests, videos of speeches given by farmer union leaders and also counters what it claims is misinformation by the Centre.

“We were live and we got a notification that the page is unpublished and that was very strange… We didn’t get any warning,” Baljeet Singh Sandhu, IT Cell head and vice-president of the Majha Kisan committee, told The Wire.

The page was unpublished at around 7:00 PM and was accessible again by 9:30 PM, during which several hundreds of users accused Facebook of censoring farmer voices.

At the time, a screenshot tweeted by the farmer’s group showed that the page had been removed due to “community standards on spam”

When contacted, a Facebook spokesperson confirmed that the page had been restored and said that the company apologises for any inconvenience that had been caused.

Over the last month, tens of thousands of farmers have been protesting at the borders of New Delhi, demanding that the Centre roll back agricultural reforms that look to bring private investment into the sector. The farmer unions, however, fear that the new laws will leave them at the mercy of big corporates and that the move is a precursor to ending the MSP system.

The suspension of the Ekta Kisan Morcha account on Facebook comes at a time when the social media giant is battling accusations of favouring the ruling BJP.

This is what they can do when people raise their voices…….

“The action taken by Facebook to close the Kisan Ekta Morcha requires a close look at its content moderation practices and polices. India has close to 300 million Facebook users. It’s largest market. Even then there is little transparency or accountability,” the Internet Freedom Foundation, a New Delhi-based digital rights organisation, said in a statement.

“As an immediate ask and at the very least Facebook is expected to issue a detailed statement on how and why was the page of Kisan Ekta Manch unpublished. Second, it needs to provide a public commitment for a transparent human rights review as provided in the United States.”