Despite weather related and other difficulties, some Vidarbha farmers are hopeful for a better future thanks to the results of their small-scale initiatives. 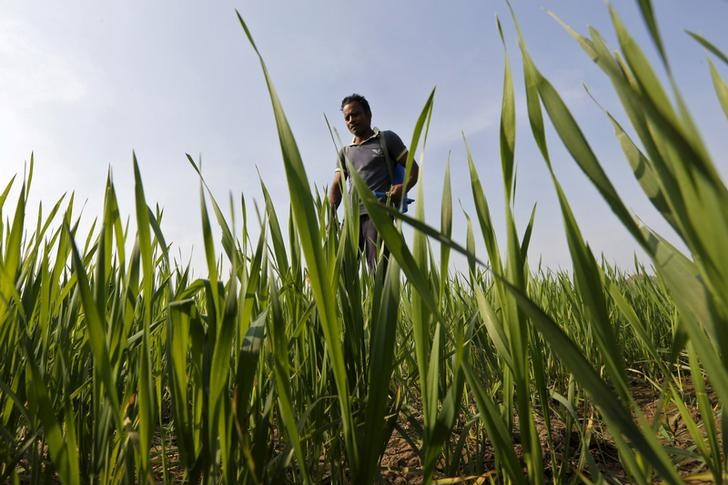 A study by revealed that 88% of the respondent farmers said that the cost-effective INSAP technology had helped them regain the confidence to continue farming. Credit: Reuters

This is the first in a two-part series of reports on sustainable agriculture.

In recent years, concern for the accentuating crisis faced by India’s farmers has grown rapidly. So I decided to travel to the areas from where news of grassroots efforts leading to important relief and hope for local farmers have emerged. My aim was to document these efforts to bring some hope in the current depressing scenario. After studying several such efforts, I hoped to be able to draw some lessons regarding the direction farm policy should take to bring real relief to farmers.

I visited the project area of the Integrated Natural Sustainable Agriculture Program (INSAP), a project implemented by the Youth for Unity and Voluntary Action (YUVA) in parts of five districts of the Vidarbha region of Maharashtra. Here, I visited some villages in which there was no talk of suicides but instead – despite some genuine difficulties and weather related problems – farmers were hopeful for a better future because of the results achieved by their small-scale initiatives.

The farmers in the villages of Akola and Washim districts told me that the project minimised the dependence of farmers on expensive technologies and inputs (chemical fertilisers and pesticides, expensive seeds, including genetically modified ones). Instead, farmers were motivated to make the best possible use of local resources such as tree leaves, crop residues, cow-dung and cow urine. Proper care was being taken to recognise and protect the friends of these farmers – insects, birds, earthworms and soil micro-organisms. Due importance was being given to soil and water conservation. Collection of traditional seeds was being emphasised.

In this way, it was possible to significantly reduce costs without reducing yields, thereby improving the overall net income of farmers and also reducing their dependence on loans for expensive inputs. In addition, as farmers came closer to each other due to the project, their ability to mobilise better for marketing and obtain a higher price for their organic produce increased.

Sanjay Bhagat, a farmer in Washim, said that he had become heavily indebted and was planning to commit suicide. but then he got to know about the project, he thought of giving it a try. His very first experiments proved so successful that he soon an enthusiastic propagator of eco-friendly, low-cost farming. In fact, his wife Sindhu smilingly complained that he is now so busy spreading the message in other villages that she finds it difficult to get him to work on their own farm.

A study conducted in these villages revealed that 88% of the respondent farmers said that the cost-effective INSAP technology had helped them regain the confidence to continue farming. On the other hand, 67% farmers who were still using the earlier expensive technology said that it was leading to increasing debts and they would like to get out of the situation. Those who adopted INSAP said that they were at peace and were getting much healthier food . 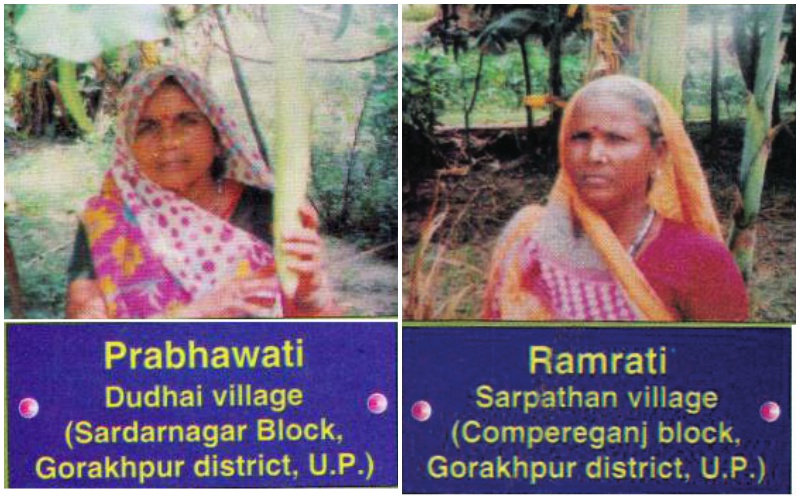 Instead of drawing attention to failures of official policy, some people have drawn a very wrong conclusion from reports of farmers’ distress that small farming is no longer viable. I was keen to visit small farms and talk to small farmers who were happy with their farming techniques. Prabhavati in Dudhai village of Gorakhpur district in Uttar Pradesh was one such farmer. She guided me around her beautiful one-and-a-half acre farm to show the rich diversity of crops. Her farm was being managed in such a way that nourishing and healthy organic food could be obtained for the family while also earning some cash throughout the year. The farm had over 40 varieties of grains, vegetables, fruits, oilseeds, spices and medicinal plants growing at a very low cost. Prabhavati uses organic methods to retain soil fertility. I also saw the plants which provided the raw material for organic pest repellants. Prabhavati owns three buffaloes and four goats. Her costs of farming are very low. As a result of composting, the quality of soil has improved.

Ramrati is another organic farmer with a small farm who lives in the Sarpathan village of Gorakhpur. She told me that she had not only met her large family’s food and nutrition needs from her one acre farm but in addition, had earned a cash income of around Rs 35,000 during the previous year while keeping costs very low. She prepares her own compost and organic pest repellant. She said that organic farming helped her to increase the overall production and income, while also improving the soil on her farm. Apart from the main grain crops of wheat and rice, her one acre farm has about thirty types of vegetables, oilseeds, spices and pulses in a year, in addition to fruits like mango, guava, pomegranates and bananas. She said that she is very careful to avoid too much root competition while growing such a diversity of crops. Mixed crop decisions are taken after carefully considering factors like this.

Ramrati and Prabhawati were both encouraged and helped by a voluntary organisation, the Gorakhpur Environment Action Group. Later, both of them also became trainers of organic farming, taking the message of their low-cost, sustainable farming to more farmers.

Such small farmers and their farms reveal the rich potential of small farming in providing sustainable food security and happy livelihoods if practiced carefully to keep the costs low and protect agro-ecology.