For Farmers Protesting in Delhi, Climate-Related Crop Damage Has Become the Focus

Alleging that their dues have not been paid, farmers termed the Modi government's crop insurance scheme a 'scam'. 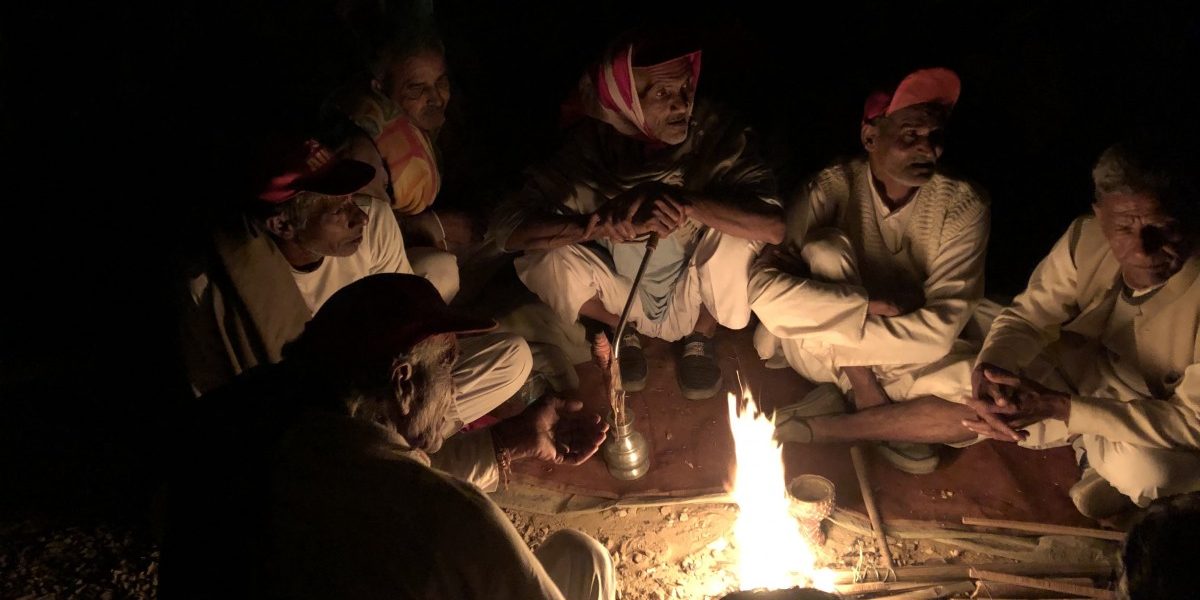 Farmers warming themselves at Ramlila Maidan.

New Delhi: Thousands of farmers aggrieved by the ‘apathy’ of the Narendra Modi government marched in Delhi on Thursday. Divided into groups, farmers began walking from four different locations in the city and converged at Ramlila Maidan in the evening.

Suresh Singh (56) had travelled from Rewari in Haryana. He was marching with the group led by the Communist Party of India (Marxist)-affiliate All India Kisan Sabha that began walking from Sarai Kale Khan. “We don’t understand why the government cannot fulfil our demands. We have to protest again and again,” he said.

Singh grows mustard on his two acres of land. “Most of the crop was destroyed this year. Initially, there was not too much rain. Then, in late September, we got too much rain that destroyed whatever little crop had matured.” 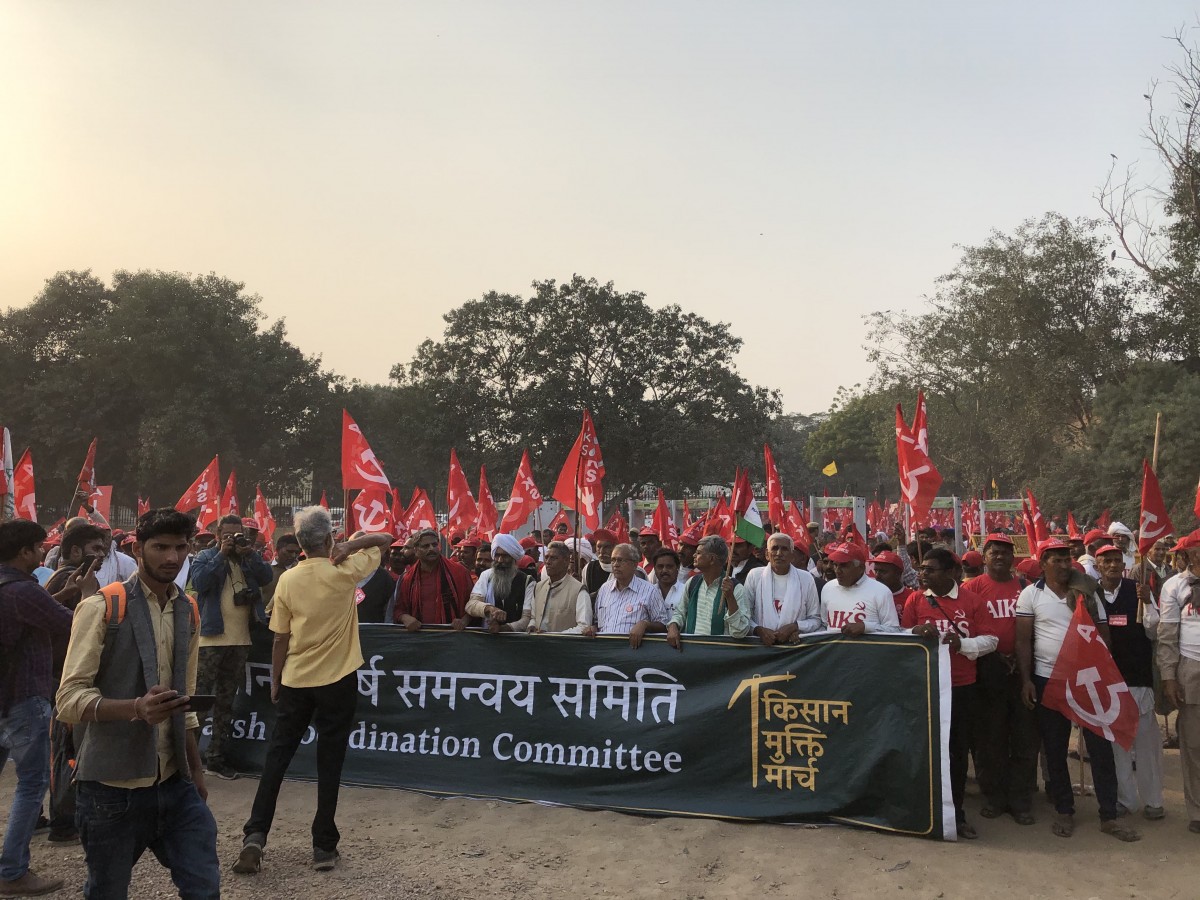 Mithlesh Nirmal is from Banda in rain-deprived Bundelkhand. In addition to raising the broader demands of farmers from across the country, he has come to Delhi to highlight the issues that the region faces.

“We always had very little rainfall. But it is decreasing further every year,” Nirmal said. “It has become almost impossible to get a decent yield on our crops.”

Close behind Nirmal was Parshu Ram from Ballia in eastern UP, a region that performs poorly on most human development indicators and is also rain deprived.

“You can say that there has been no rainfall at all this season. We are not even able to get enough water for our daily needs. Irrigating our fields is next to impossible,” he said. 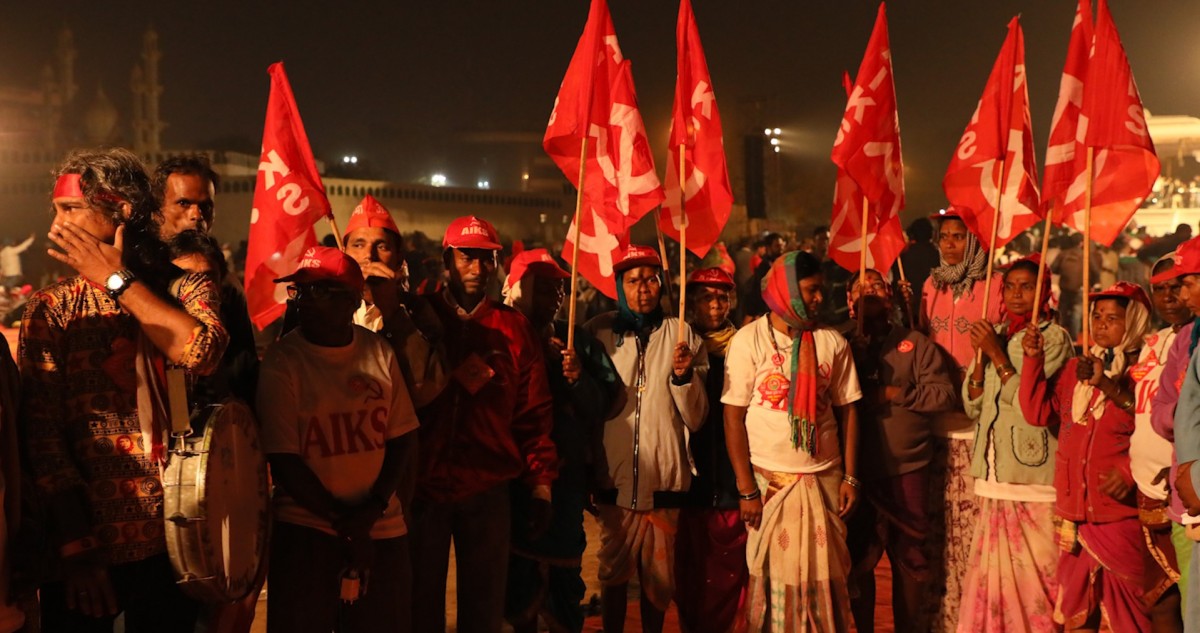 A standardised soil moisture index measured by the Water and Climate lab at IIT Gandhinagar shows that most parts of eastern UP and certain parts of Bundelkhand are extremely stressed.

Vimal Mishra, one of the architects of the index and an assistant professor at the Civil Engineering Department of the Indian Institute of Technology (IIT), Gandhinagar, points to a trend in the Gangetic plain of UP. “In the last several years, we see a declining trend in rainfall in UP,” Mishra told The Wire.

“Contrary to that trend, this year we saw good rainfall in west and central parts of UP. But eastern UP was well below average again. It is going to be severely hit once again,” he said.

Mishra also argues that the drought this season in large parts of India could be worse than the drought of 2015-16 which affected 266 districts in 11 states.

“The 2015-16 drought was quite localised. It was restricted mainly to the Gangetic plains and Marathwada,” he said. “But this year the drought is more spread out. It covers more than maybe 50% of the country.” 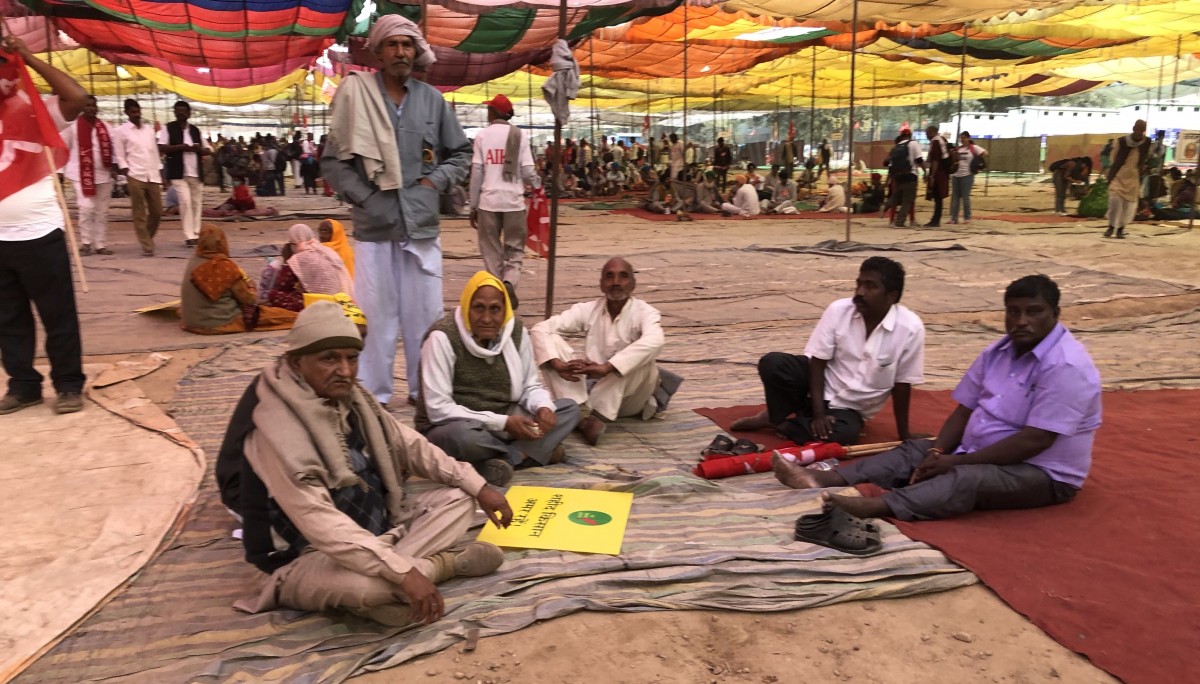 Crop insurance thus becomes key. But it isn’t working too well, according to most farmers The Wire spoke to. Mithlesh Nirmal from Banda said that no farmer in the district has received any compensation under crop insurance.

“Almost all farmers have suffered from damaged crops. But the insurance companies have not paid any claims.”

Parshu Ram from Ballia referred to crop insurance as a ghotala (scam). “It is only putting money in the pockets of insurance companies. Farmers continue to suffer. We still have to suffer the consequences of the weather on our own, all by ourselves,” he said.

As evening approached, the farmers walked into the Ramlila Maidan, where makeshift tents have been set up for farmers to spend the night. The organisers of the march, the All India Kisan Sangharsh Coordination Committee (AIKSCC) – a coalition of over 200 farmers’ organisations from across the country – had arranged dinner for the famers. 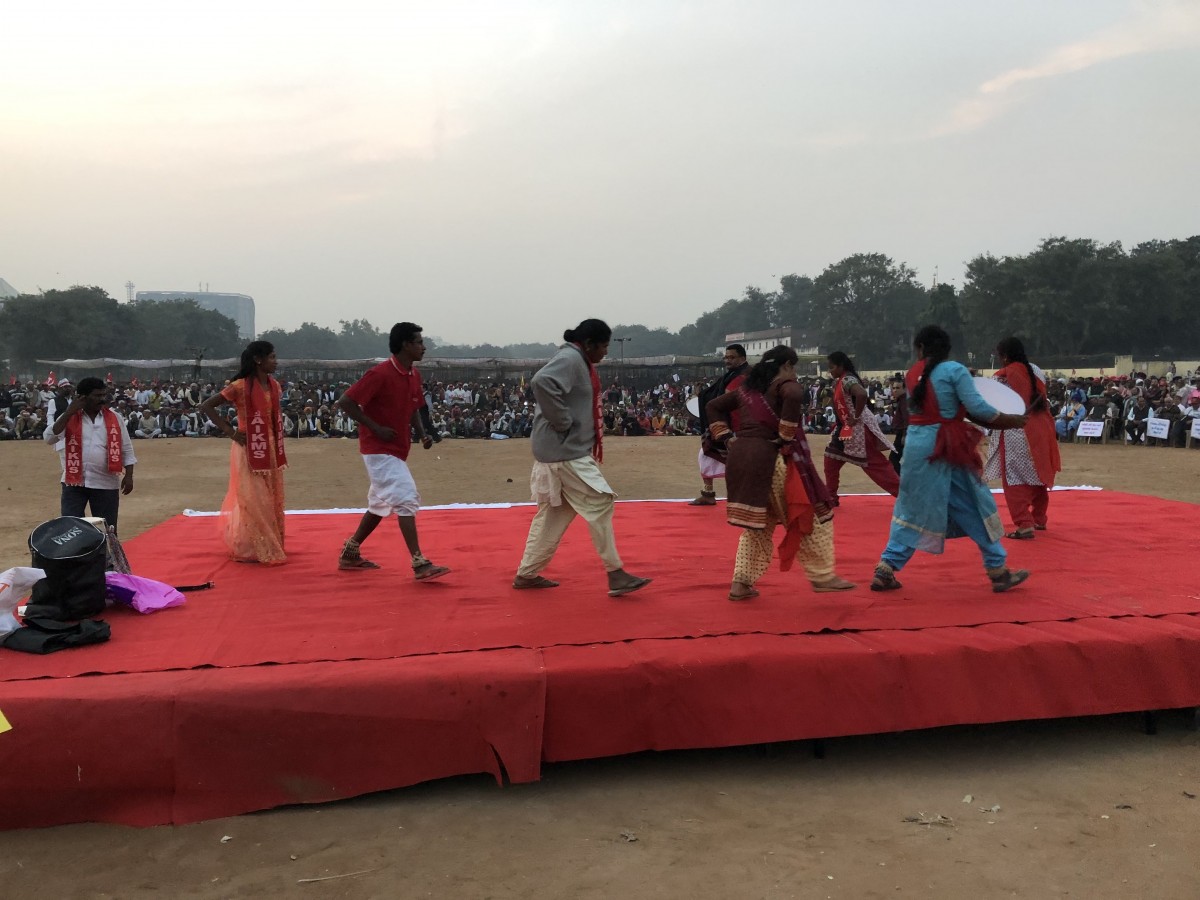 A cultural performance at Ramlila Maidan.

A cultural programme was also organised, in which performers from different parts of the country performed plays, folk songs and dances. The singer Jasbir Singh Bains, better known by his stage name Jasbir Jassi, performed a range of folk Punjabi songs.

Late in the evening, the Delhi police refused to grant permission to the organisers for a march to Parliament Street on Friday morning. But after tough negotiations that went on till late at night, the police relented.

The farmers will march from Ramlila Maidan at 10 am and reach Parliament Street at around 1 pm.

All photos by Maninder Paul Singh.