Out of the 144 recorded farmer suicides, over 40 were from outside the Cauvery delta region. Observers and farmers directly attribute demonetisation as one major factor behind the suicides. 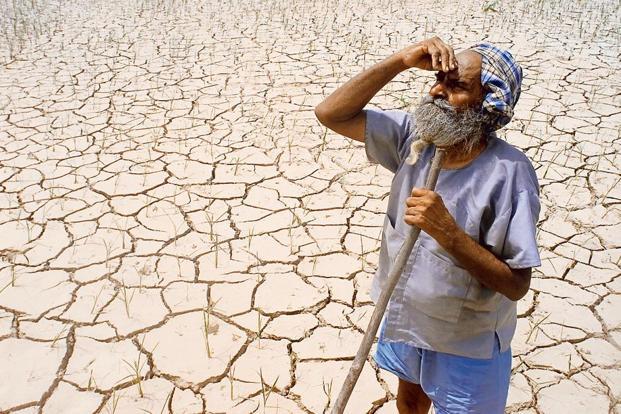 A picture of a drought-hit farm in the Cauvery delta in Tamil Nadu. Credit: Reuters

Tamil Nadu is facing one of its worst agrarian crises since independence. All of the state’s 32 districts have been officially declared as ‘drought-affected’.  In a statement issued on January 10, chief minister O. Panneerselvam announced that the move was necessitated following the failure of the north-east monsoon across the state. For the first time the chief minister has accepted that farmers are committing suicide as a result of agrarian distress, However, he has only put the number of deaths at just 17. Various farmers associations across the state dispute this number and say there have been at least 144 deaths in the past two months. They say that out of 144, 50 were deliberate suicides and the rest perished due to heart attacks.

The seriousness of the situation can be gauged from the notice issued by the National Human Rights Commission to the state government in the first week of January on the basis of local print media reports, which put the number of farmer suicides at 106.

Tamil Nadu has slowly been slipping into an agrarian crisis over last five years. In 2016,  a combination of various factors aggravated the situation. The worst affected is the Cauvery delta, comprising the districts Thanjavur, Thiruvaroor, Nagapattinam and a part of Cuddalore.  Though rest of Tamil Nadu is also affected the stress is particularly acute in the Cauvery delta. “Only the combination of ground water, Cauvery water and monsoon can ensure good harvest. Unfortunately all three betrayed Tamil Nadu in general and Cauvery delta in particular,” says S. Ranganathan, Delta Farmers’ Welfare Association.

Quoting an Indian Council of Agricultural Research (ICAR) report published in the Times of India, another farmers’ association secretary says, “The area under rice cultivation in Tamil Nadu fell by nearly 40% so far in the 2016-2017 period. Last year 29.55 lakh acres was the coverage area under rice cultivation. But this year it has gone down to 17.95 lakh acres. Apart from paddy, pulses acreage has also declined to 8.7 lakh acres as against 9.85 lakh acres last year. Coarse cereals coverage has gone down to 8.88 lakh acres from 10.58 lakh acres. Oil seeds coverage slipped to 95,000 acres from 2.23 lakh acres since last year. You can gauge the quantum of inflation staring at the face of Tamil Nadu people in the coming months with the imminent spiralling of prices of vegetables, fruits and all other food items”.

Agricultural experts regret that the government wasted precious time and delayed in assessing the drought’s damage. “The government was waiting for at least three cyclones on the hope that it will bring in much more water to the state and wipe out the drought. So the authorities delayed dispatching teams to the districts. But all three cyclones changed their path and then only the government started sending teams to districts. The meteorological department at the start of December itself warned that there is a genuine threat of 62% rainfall deficit. So the government was definitely in slumber at the golden hours” says a scientist, who declined to be identified, working at Coimbatore Agricultural University.

The relief package announced by Panneerselvam has also drawn flak from farmers for its meagerness and lack of area-specific requirements. “Cultivating an area of paddy costs Rs 25,000 and the government announces Rs 5,000 as compensation. There can’t be any uniform compensation. For example in districts like Nagapattinam almost all the fields have turned saline due to brutal sea water erosion and for which you need much more basic compensation per acre,” says M. Vaithiyalingam, a farmer based in this district.

A few experts also criticise the methodology of assessing the calamity and added that a much more humane angle could have been adopted. “The government did not bother to consider the health of farmers and their families. Many farmers in the delta area are terribly lacking in nutrients. The officials did not speak to them about this angle. Unless they do this we won’t get a holistic picture about the entire agrarian crisis engulfing Tamil Nadu,” warns a senior scientist working with the Chennai-based M.S. Swaminathan Research Foundation (MSSRF).

Although Tamil Nadu’s agrarian crisis has its own history, two important developments have pushed the situation from bad to worse this time. The first is the Modi government’s demonetisation move. The second is the prolonged hospitalisation of former chief minister J. Jayalalithaa and her subsequent death on December 5.  Farmers associations blame demonetisation for aggravating the situation in Tamil Nadu during an already very crucial period. In fact they directly blame demonetisation in particular as a major contributory factor for the swelling number of farmer deaths.

“We totally depend on farmers’ primary co-operative banks for getting loans. After November 8, the situation changed.  The RBI allowed neither the primary cooperative banks nor the district cooperative banks to accept the demonetised notes. After the Supreme Court’s intervention the situation changed, but before that adequate damage was done. Nor we were allowed to take our own money from the cooperative banks and from the nationalised banks and the Rs 2,000 given per day was nothing but peanuts to meet our farming requirements,” says K.V. Illengeeran, president, Federation of the Cauvery Delta Farmers’ Associations in Cuddalore. He says that there are at least a dozen cases of farmers committing suicides simply because they couldn’t withdraw their own money from their accounts.

The situation has become a fertile ground for usurious moneylenders. A classic example is the death of Tamilselvan. He was a small farmer from Azhangathan village in Cuddalore district. He wanted to withdraw Rs 20, 000 from his own account from the local cooperative bank. Due to restrictions he could not do it and turned towards a moneylender. He got Rs 18,000 after a deduction of 10% interest. But suddenly, unexpected health issues cropped up and he was not able to handle the situation. “He took poison and ended his life. Tamilselvan has two young daughters and one of them is mentally challenged. We were all helpless. We have money, but can’t draw it from our accounts,” added Illengeeran.

Farmers associations warn that unless the government steps in, the situation may become volatile.  “Demonetisation has brought the money lenders to the doors of helpless farmers who were already in deep distress. Since they don’t have an option the farmers have to accept the moneylenders’ offers and hence it’s a vicious cycle. Unless the government acts on a war-footing, the debt trap will finish off our farmers,” says P. Shanmugam, general secretary, Tamil Nadu Vivasayigal Sangam (Tamil Nadu Farmer’’ Association), a CPM-affiliated farmers’ body.  The association  has meticulously collected the details of farmers’s deaths with their respective names, addresses, etc. “From November 4, 2016 till January 9, 2017 there were 144 deaths and out of this at least 50 were deliberate suicides and the rest was due to heart attack out of agony and shock.  I am not saying that demonetisation is the only reason. But definitely demonetisation has contributed quite a bit to the list of farmers’ deaths” adds Shanmugam.

Out of these 144 deaths, over 40 were from outside the Cauvery delta region and for this observers directly attribute demonetisation as the main reason. “Look at that chart. Deaths in Erode, Tiruppur, Tuticorin, Tirunelveli are mostly due to demonetisation. These regions are generally not that much bad as you compare it with the Cauvery delta. Here farmers use to sell their cattle as a last option to meet out their expenses and this will fetch them anywhere between Rs 5,000 to Rs 75,000 and now that has been stopped thanks to demonetisation. So, helpless farmers were pushed to either moneylenders or death” says Azhi Senthilnathan, writer and political analyst.

But for people like Illengeeran the worst is yet to come. “We borrowed from moneylenders. The money lender will give a long rope. After few months he will start squeezing us and then comes the climax. So the worst scenario is yet to unfold”.

Another unexpected contributory factor for this situation was the 75-day hospitalisation of Jayalalithaa. She was admitted to Apollo Hospitals on September 22, 2016 and died on December 5. During this period virtually there was no government and since the budget was passed the administration was on auto-pilot mode, but no new initiatives were undertaken.

Senior bureaucrats privately told The Wire that this was indeed a factor. “Yes, this is true. If only Jayalalithaa was in control things would not had become this much bad. Remember just days before her hospitalisation she had announced a package of Rs 64 crores to farmers and those sorts of measures would had come from the government. When Jayalalithaa was in hospital virtually the government was in limbo and now we are paying heavily for it” says a senior IAS officer who declined to be identified.

The absence of a strong political leader like Jayalalithaa is taking a toll on the bargaining capacities of Tamil Nadu. The Centre had released drought relief of Rs 1,782 crores for Karnataka on January 9. But not a single rupee has been allotted so far to Tamil Nadu. Since chief minister Panneerselvam is considered only as a stop-gap chief minister because of the imminent takeover of the government by AIADMK general secretary, V.K. Sasikala, neither he nor his bureaucrats are showing any keen interest to get more funds from the Centre.