Arvind Kejriwal had promised farmers a compensation of Rs 50,000 per hectare within 45 days during a live event on October 20, 2021. This amount hasn't reached many farmers. 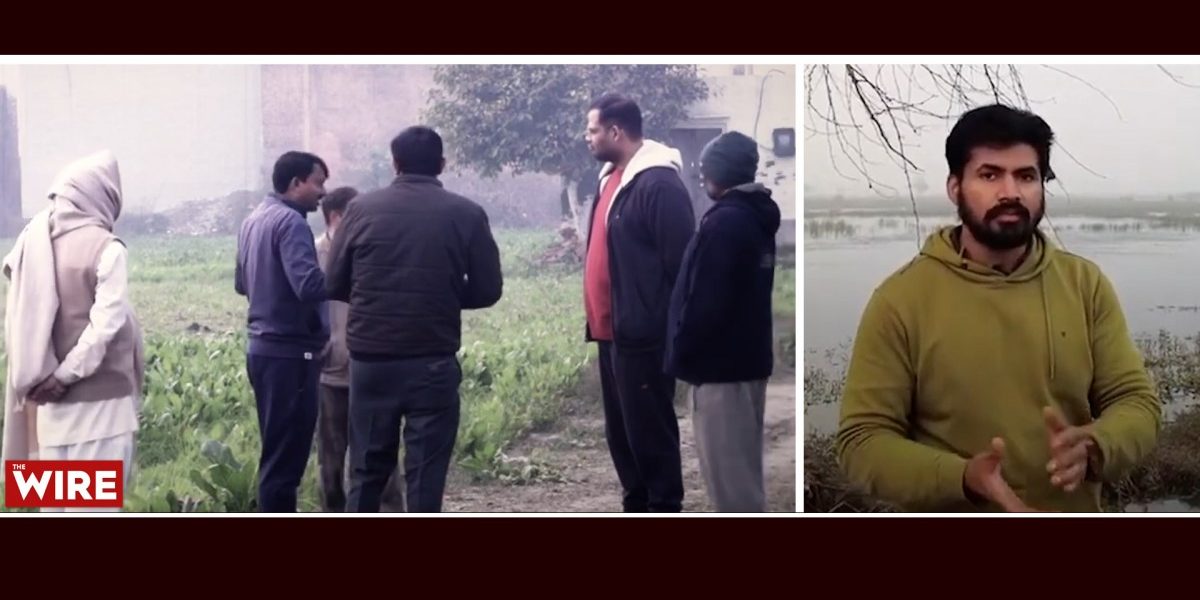 Following heavy rainfall in the national capital last year, the Delhi government had announced a compensation of Rs 50,000 for farmers who faced crop damage.

For 10 days now 60-year-old Gyanendra Singh has been struggling to save his wheat crop Delhi’s Nangal Thakran Village.

“I completed all of the paperwork as soon as the Kejriwal administration announced the compensation. I own 5 acres of farming land and borrowed Rs 1,50,000 against my Kisan Credit Card to cultivate it. My crops were devastated last year as well, and if I don’t receive any compensation this year, I’ll have no choice but to die by suicide because I’m too old to do any other work,” Gyanendra Singh told The Wire.

Arvind Kejriwal promised farmers a compensation of Rs 50,000 per hectare during a live event on October 20, 2021. He also pledged to do it in a timespan of 45 days. Three months after the announcement, the farmers are compelled to work on their fields amid the cold wave in a bid to save their crops.

The Wire went to a number of villages to find out if the farmers had received the compensation promised by the government. However, accounts of disarray and betrayal surfaced from across the area spanning three villages of Bakhtawarpur, Daryapur Kalan, and Nangal Thakran.

Satyawan Sehrawat, a farmer from Daryapur Kalan, explained the severity of the ongoing crisis. He said, “This time the rains have destroyed about 150 acres of wheat and rice farming in Auchandi village, and not a single farmer had received any compensation.”

Farmers, he says, “have to struggle to pay for farming and now the same farmers who provide food to others are being driven to poverty.”

Farmland continues to be inundated as even small-scale contractors suffer.

Devendra Kumar a contractor in the region, explained, “Whether farmers receive compensation or not remains to be seen, but at the very least, farmers have optimism that something will come their way sooner or later. However, I had leased 160 acres of land from farmers to farm on a contract basis. What will become of those like us? Which way should I go? Why does the government seem unconcerned about folks like me?”

As the crisis deepens, administrative processes are slow and tedious. When asked about the status of compensation to the farmers, Sanjeev Khirwar, the principal secretary of the environment and forestry department of the Delhi government, replied  that “the file has gone to cabinet for approval.”

Paras Tyagi, the president of the Centre for Youth Culture Law and Environment, said, “In the second week of December 2021, we filed an RTI to check the status of work as no farmer was provided compensation as promised in 45 days. We were merely provided a copy of the order dated October 25 while we had asked for an action taken report.”

Till date, the organisation has not received a proper response.