To Ride Out the Pandemic, Kerala Needs to Switch to Diversified Farming Practice

Though the state has announced a shift in policy from the monoculture system of paddy farming to 'integrated farming’, the message has not trickled down to a vast majority of farmers. 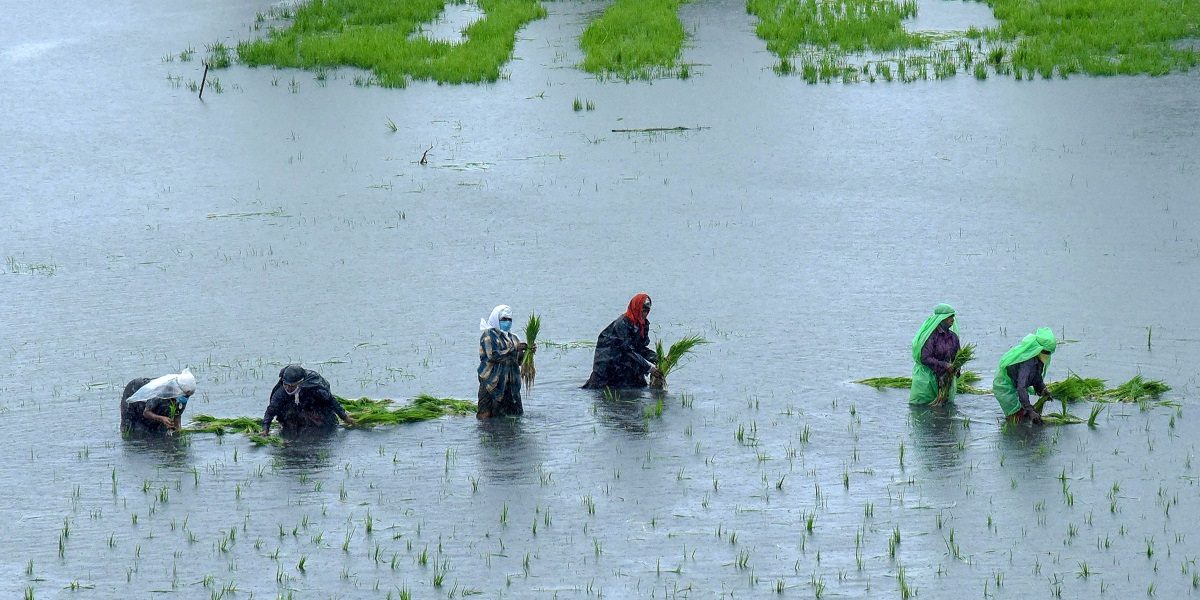 Kottayam: In the context of the COVID-19 pandemic, the need for a diversified farming practice to produce food – other than the traditional thrust given to the monoculture paddy farming – needs to be developed, taking into account the long term food requirements of the state of Kerala.

Though the state of Kerala has announced a shift in its policy from the monoculture system of paddy farming to ‘integrated farming’, the message has not trickled down to a vast majority of the farmers in the state as they were not provided with adequate infrastructure and hence are not convinced about the feasibility of the novel farming method.

According to the data from the state agriculture department, the state’s food production has undergone a rapid decline. The gross cultivated area farming fields in the state were reduced to 1.71 lakh hectares in 2017 from the 8.75 lakh hectares in 1975. Alarmingly the state is only able to produce 436,483 tons of rice in 2017 which is a reduction of 38% when compared to the 703,504 tons in 2001.

The state’s actual requirement is 40 lakh tonnes of rice a year. The statistics point towards the need for increasing the cultivation of the rice by bringing in all shallow lands and expanding farming from a rice-only system to a rice-based farming system supplemented by other items such as fish, cattle, ducks, poultry and hen.

According to the Directorate of Agriculture, Thiruvananthapuram, 26,000 hectares of shallow lands were identified through the Krishi Bhavans at the panchayat levels in the state. The state government has designed the Subhiksha Keralam Project for the purpose of starting agriculture in the existing uncultivated lands in the state.

Also read: Reinventing Agriculture in the Time of COVID-19

People have registered through the Krishi Bhavans as per the state government’s ‘Subhiksha Keralam’ project. According to agriculture department sources, apart from the available labourers, those belonging to the National Rural Employment Guarantee Scheme (NREGS) will also be employed.

To provide labour forces, a Karshika Karma Sena will be formed at the panchayat level. Right now 290 panchayats have constituted Karshika Karma Senas, according to sources. Agriculture minister V.S. Sunil Kumar said that 14,000 integrated farming units will be established in the state this year. To be included in this project, the farmers should cultivate five crops including mushroom, fish, goat, hen, duck or pig. Each farmer will be given a subsidy of Rs 50,000 per hectare. The farmers can also avail themselves of loans of up to 1.5 lakh rupees, Kumar said.

However, taking into account the burgeoning demands, these schemes merely are not enough and a committed policy for multi-commodity crop farming is needed. According to the Economics and Statistics department of the government of Kerala, 25.5% of total people are engaged in the agricultural sector as per the 2011 Census.

In 1955-56, agriculture was the main economic activity in Kerala, and about 53.1% of the total working population was engaged in agriculture. Paddy cultivation was the primary agricultural cultivation in the coastlands and wetlands of the state. Kerala attained 50% self-sufficiency in rice production in 1972-73. However, the production and the area of cultivation have drastically reduced over the years.

Dr K.G. Padmakumar, Director of the International Centre for the Below Sea Level Farming, Kuttanad, said since per capita farm holding size is low in Kerala (only 0.22 hectares), agriculture can only prosper through multi-commodity integrated farming that produces diverse foods.

“The present enthusiasm of our youth to take up farming as a productive enterprise in the post-COVID-19 period shall be suitably made use of by expanding the farming strategy with more number of component enterprises making farming more productive, profitable and environment friendly. Although coconut-based integrated farming is a prevalent practice in ‘purayidakrushi’ in   Kerala since long, our wetland farmers have been provided with a single option, rice monoculture. This should change to a rice-based multi-commodity farming with rice as the integral crop to help bring every bit of the fallowed lands back to farming,” Dr Padmakumar said.

He also added that this change required massive logistic and technical support. “Decades long studies since the early 1980s at the Regional Agricultural Research Station, Kumarakom, have demonstrated that a four to five fold increase in income and profitability can be achieved through the integration of appropriate food components. This calls for induction of a new policy dictum to our agricultural production system, viz., diversity to ensure productivity,” Dr Padmakumar added.

In 1956-57, the share of agricultural products in Kerala was nearly 53% of the Net State Domestic Product (NSDP).

According to the state agriculture department data, during the year 1957-58, the per capita income from agriculture in Kerala was Rs 243 whereas it was only Rs 188 in all India. In 2013-14 prices, the per capita income from agriculture in Kerala (based on GSDP) is Rs 12,738 and in India, it is Rs 13,228. Regarding rice, the area sown more than once, that is the difference between gross cropped area and the net cropped area, has reduced every year. In 2005 -2006, 22% of the area was cropped more than once during the same agricultural year and now it has become reduced to 15%  in 2015, which is currently enhanced to 17%.

Former chairman of the Kerala Biodiversity Board, Dr V.S. Vijayan said that the Board had proposed the organic farming method in 2010 and the state government had approved it. “However, it hasn’t undergone much progress at the time when we conceived it,” he said. Dr Vijayan said that the integrated method of farming is the most ideal method of farming; however, the farmers should be given proper directions.

Professor Mathai said that without the state government promoting integrated farming by designing programmes for introducing farmers to the integrated farming system with adequate support, farmers will be not willing to practice it. “The farmers should feel that they will get enough profit from the farming method,” Mathai said.