Can Water Trains Be a Long-lasting Solution to Drought-hit Marathwada?

While drought is a manmade disaster, the consecutive scanty rainfall in Maharashtra over the last few years has worsened the water crisis. 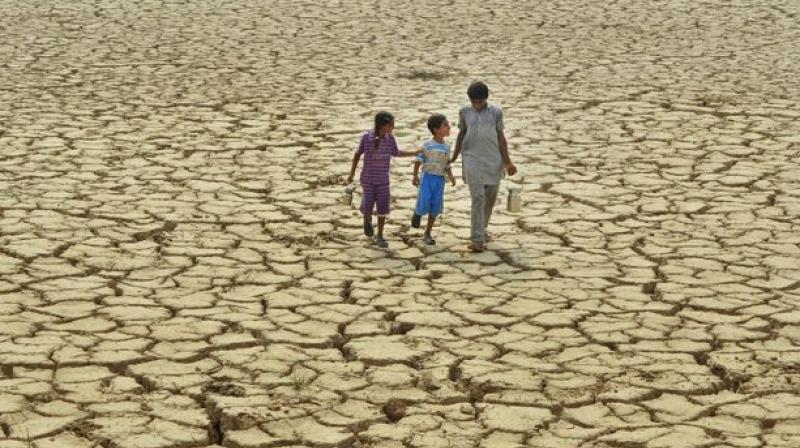 The drought-hit Marathwada will not see any new sugar factories coming up for the next five years as the Maharashtra government finally wakes up to take measures to tackle the water crisis. The state is considering putting restrictions on the unlimited use of water for cultivating sugarcane – one of the most water-intensive cash crops.

As the water train reaches Latur, one of the most affected areas in Marathwada, those hit by the drought will have access to at least 25 lakh litres of water. The same water train ‘Jaldoot’ has made several trips in the past to the parched area carrying 5 lakh litres of water. Everyone worked in unison for the water train – from Latur city mayor Akhtar Mistry to Municipal Commissioner Sudhakar Telang; local politicians, citizens and  activists helped with the arrangements. Campaigns are also being run to ensure Latur has sufficient water. But is carrying water by trains a long-lasting solution?

As politicians get into another round blame-game over the situation, let us not forget that the crisis that we are faced with today did not happen all of a sudden. Although rains have been deficient in the last two years, it isn’t the only reason for the drought that we are facing.

All the ruling governments and parties have mismanaged the water issues in the state of Maharashtra, that is the second largest producer of sugarcane, Uttar Pradesh being the first. Sugarcane being a long duration crop, producing huge amounts of biomass, is classed among those plants having a high water requirement. Instead of putting up concrete measures to conserve water, the governments have been converting the sick sugar mills into private ones. According to a report in The Indian Express, Maharashtra is home to 205 sugar cooperatives and 80 sugar mills that are privately owned. So water is bound to be misused without any accountability.

Even the groundwater in Marathwada is hitting rock bottom and if measures are not taken right now, experts are of the view that the area will turn into a desert in the next 20 years.

Though the state is not new to the conditions of drought, 2016 is said to be the worst in the history of Marathwada. The drought of 1972 is being compared with todays’s crisis but experts believe the stakes are higher this time. The farmers are destitute as they have been facing the water crisis for the last three years now. The number of suicide cases is rising with each day as the crops dry up.

Crisis for people is fun for politicians From Uma Bharti’s remark on drought to Pankaja Munde’s selfie controversy, the BJP-Shiv Sena led government in Maharashtra has been left red-faced. Drawing flak from all quarters, the selfie of Rural Development Minister Pankaja Munde at drought hit Latur in itself became an issue where she was criticised for being insensitive towards the crisis.

Apart from the ban on new sugar factories, the government has also announced the implementation of the Pradhan Mantri Fasal Beema Yojana (PMFBY) in Maharashtra this kharif season. A state level co-ordination committee will be set up with the Chief Secretary as chairman to decide on issues such as notifying crops under the scheme, risk level and setting up an execution mechanism.

The government is also putting consistent efforts for the water train so that the people can access to basic water requirements. The government might also consider restricting water supply to the brewaries.

Although the rainfall has been erratic over the years, the drought situation cannot be ignored. The crisis worsens with the mismanagement of the sources available and the governments not taking proactive measures.

Climate change is for real and we need to take it seriously. We cannot control it but we can certainly take steps to adapt to it. The government needs to see it from micro to macro levels and the approach has to be multi-pronged. Strategising water supply is the most important point. Holding sugarcane factories accountable, using drip-irrigation as a technique and rejuvenating ground water can be some of the steps. However, water conservation and its judicious use should be the basis of every policy.