In Two Districts of UP, Loan Waiver Crisis Is Driving Farmers to End Lives

An increasing number of farmers are receiving bank notices, and unable to pay off the loan, are killing themselves. 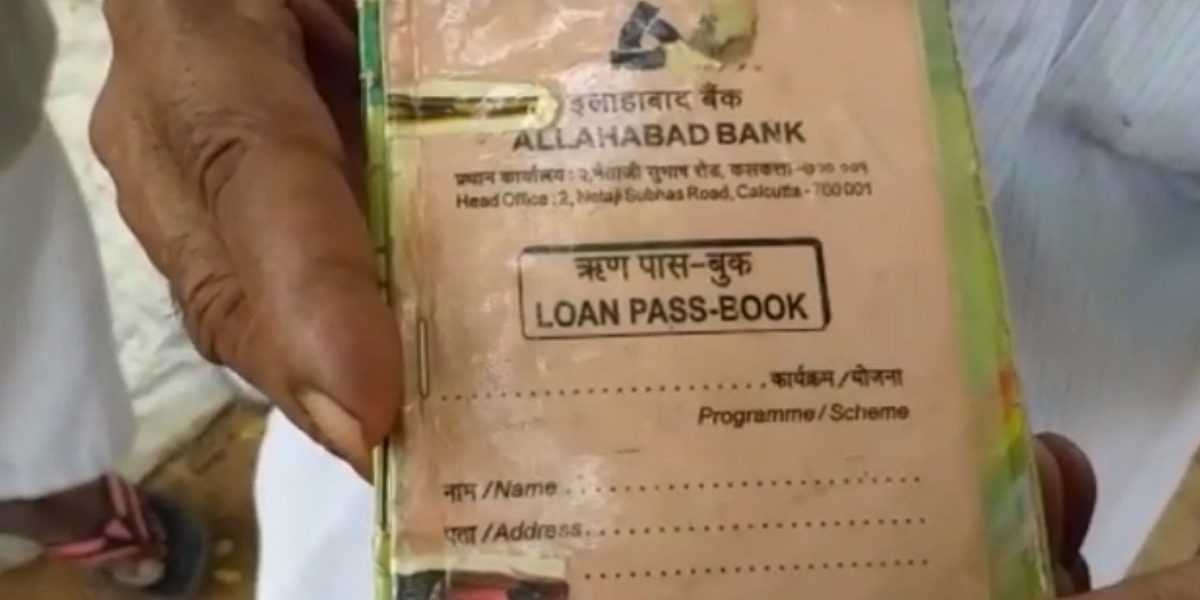 Banda/Mahoba (UP): “He had gone to sow rice in the morning, came back and collected the gobar. Then he asked for water to bathe. I gave it to him, after which he said he is going again to the farm to work. I gave him food to take along, as he set off with all his tools. I kept thinking he’s gone to the fields. But when my son went at around 9 pm to check, his tools lay unused as he hung from a neem tree. He never even climbed trees before, but there he was, hanging from a tall neem tree,” said Godiya, shrouded in white, as she mourned her husband Lala’s death by suicide on the morning of July 14 in Mugaira village, Nairaina block, Banda district. News of her husband’s death reached her due to the chaos in the village after the body was discovered. Breaking into tears, she says that from now, she will fear the sound of chaos. Her son, who travelled outside the village for work, has to now take care of the fields.

Neighbors and relatives of the family report how Lala had been burdened by agricultural loans, loans from relatives for his daughter’s marriage and medical expenses for his wife, who has been sick for the past four years. The bank notice was what had finally pushed him to kill himself.

Lala’s suicide is just one of the many incidents that mark the increasing loan waiver crisis in Banda and Mahoba districts that fall under the Chitrakoot division of Bundhelkhand. A crisis sparked off by an increasing number of farmers being served bank notices by the local branches of Aryavart, a Regional Rural Bank (RRB) and as we have been reporting since months. Data from banks says that out of 1.10 lakh farmer in Banda, more than 8,000 have received notices so far.

So much so that in the month of July alone, six farmers from Banda and Mahoba who have received notices have taken their lives. In the case of Lala, the bank manager, Laxmi Narayan Dwivedi claimed that there had been no pressure on him and that the notice is sent to clear up the accounts of farmers whose loans had been waived. He said, “If he wanted, he could’ve received more credits. His loan had been waived. But after the notice, he never visited the bank.”

Also Read: Loan Waivers Continue to Be Elusive for Lakhs of Farmers in Uttar Pradesh

Lekhpal Shyam Sunder, from Mugaira village, said, “We found from the bank if any action had been taken against him. He had taken a loan for Rs 50,000 in 2015, but it was waived off. Only Rs 6,570 were left to pay off as interest. But he never came to ask about it.”

He added, caustically, “If it happened by accident, his family would have received some benefit. But since it’s a suicide, they cannot.” Lala’s death may be brushed off as ignorance of banking procedures, though even a small amount of Rs 6,000 is enough to ring alarm bells for a marginal farmer in Bundhelkhand.

Every farmer’s story is different

But every farmer’s story differs. Hardesh, a farmer from Vijaypur village in Mahoba, had taken a tractor loan 8-10 years back. He still owed around Rs 12 lakhs and Rs 2.20 lakhs of this loan to the Allahabad UP Grameen Bank. He took his life on July 17. His son Umesh said ten days before his death, Hardesh told his family about the harassment from bank officials. “They started coming home almost twice a week. Our fields are lying dry, there is hardly any grain produce. How will we pay the 19% interest?” he asks.

Rajendra, a farmer from Pippar village in Banda died of a heart attack, unable to deal with the fact that he cannot afford his daughter’s marriage and pay off a loan of Rs 70,000. The stress of being unable to repay loans/interest, of  being deemed ineligible for loan waivers, whether one is a marginal or large farmer, is writ large on many such villagers in Banda.

Bueraucrats seem unable to gauge the seriousness of the crisis. Sandeep Kumar, deputy magistrate, Banda said, “Whenever such an incident happens, we try to give relief through any means possible. This week itself, 14,000-15,000 farmers have received benefit of PM Kisan Yojana. If farmers are facing any problems, they should approach the agriculture department or the district magistrate.”

Ashish Kumar Dikshit, a social worker, provides a realistic view of the situation. “If farmers are taking their lives at this rate in two blocks of Chitrakoot division alone, you can imagine the state of farmers in Bundhelkhand. I know more than two dozen farmers who have loan arrears of up to Rs 30,000 and are not eligible for loan waivers,” he said. Small farmers are losing from all sides, withot any support from the reigning or opposition parties, Dikshit said. “The farmer votes a party to power when they promise loan waivers. It’s the biggest deceit when this is not fulfilled,” he says.

Meanwhile Sharad Kumar Sinha, the divisional commissioner of Chitrakoot, had nothing new to inform us. “In Bundhelkhand farmers face a different situation due to water scarcity and drought. They are able to take only one crop, hence both the state and Centre have introduced special schemes for Bundhelkhand.” On the deaths of farmers, he says, “There may be several reasons, be it hunger, or loans or something else. We have not received any information regarding farmers taking their lives due to loans.”

As per records, 14 lakh farmers in Bundhelkhand owe more than Rs 1,000 crore in loans to government banks today. More than 3,000 farmers have killed themselves between 2001 and 2014. After 2015, comprehensive government data on this has not been published.