No Special Focus on Farmers' Demands, Agri Budget Devotes Itself to 'Tech-Based' Models

While the budget ensures assured income to wheat and paddy farmers, with the allocation of Rs 2.37 lakh crore for their MSP payments, plans for broader implementation are not mentioned. 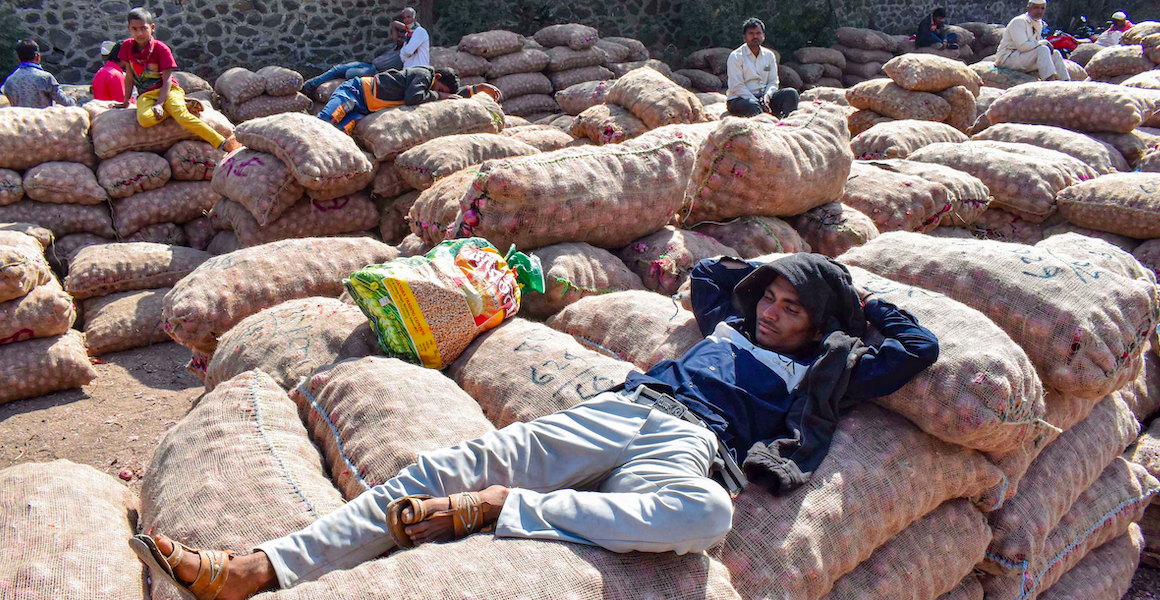 The annual budget also focuses on ensuring assured income to farmers, with an announcement of Rs 2.37 lakh crore towards direct payments for minimum support price (MSP) to wheat and paddy farmers for the fiscal year 2022-23.

Sitharaman announced, “Inclusive development is the government’s priority which includes the procurement of wheat, paddy, kharif and rabi crops, benefitting over 1 crore farmers.”

She further added, “1,208 lakh MT of wheat and paddy is [to be procured] from 163 lakh farmers. 2.37 lakh crores will be the direct payment of Minimum Support (MSP) value to their accounts.”

The Revised Estimate shows that Rs 1,26,807.861 crore was spent on the department of Agriculture and Farmers Welfare (Rs. 118294.24 crores) and Agricultural Research and Education (Rs 8513.62 crore) for the past fiscal year.

In her 92-minute-long budget speech, of which only two and half minutes were dedicated to agriculture-related announcements, Sitharaman said, “Use of Kisan drones for crop assessments, land records, spraying of insecticides is expected to drive a wave of technology in agriculture and farming sector.”

She also laid emphasis on the Union government’s interest in promoting “chemical-free natural farming and public-private partnerships for the delivery of digital and high-tech services to farmers across the country”.

“Chemical-free natural farming will be promoted throughout the country, with a focus on farmers’ lands in 5-km wide corridors along river Ganga, at the first stage,” she read from her Budget speech.

Sitharaman announced that the National Bank for Agriculture and Rural Development (NABARD) would be roped in to facilitate a co-investment model and promote finance start-ups for agriculture and rural enterprises which are relevant to the farm produce value chain. The activities, the FM announced, will provide support for Farmer Producer Organisations, machinery for farmers on rental basis at farm level, and technology including IT-based support.

The FM announced the government’s plan to implement the Ken-Betwa River linking project at a sum of Rs 44, 605 crores. The project, planned in the drought-prone region of Bundelkhand, spread across 13 districts in Uttar Pradesh and neighbouring Madhya Pradesh. The Union minister indicated that the project would benefit more than 9 lakh hectares of farmland.

It is important to note that the project covers a significant part of the poll-bound state of Uttar Pradesh. The project, Sitharaman said, is expected to provide drinking water supply to about 62 lakh people besides generating 103 MW of hydropower and 27 MW solar power.

“Implementation of Ken Betwa Linking project at an estimated cost of Rs 44,605 Crore to be taken up with irrigation benefits to nine lakh hectare farmland,” Sitharaman said. A budget of Rs 1,400 crores has been allocated for the project in 2022-23, she added.

The year 2021 has been one of direct confrontation between the farmers and the government. After a year-long protest by tens of thousands of farmers, the government was forced to withdraw three farm laws in November last year. Farmers had expected the budget would give special focus on their demands.

Prominent farmers’ leader Yudhvir Singh, general secretary of the Bhartiya Kisan Union (BKU) is reported to have told NDTV, “Agriculture employs more than half the working population in the country, yet the centre paid little attention and did not deliver on its promises to farmers including that of doubling farmers’ incomes.”

Singh said that even after a year-long protest, the budget turned out to be disappointing, as their core issues like MSP still remain unresolved.