The BKS says it does not endorse the three agriculture laws in full either. 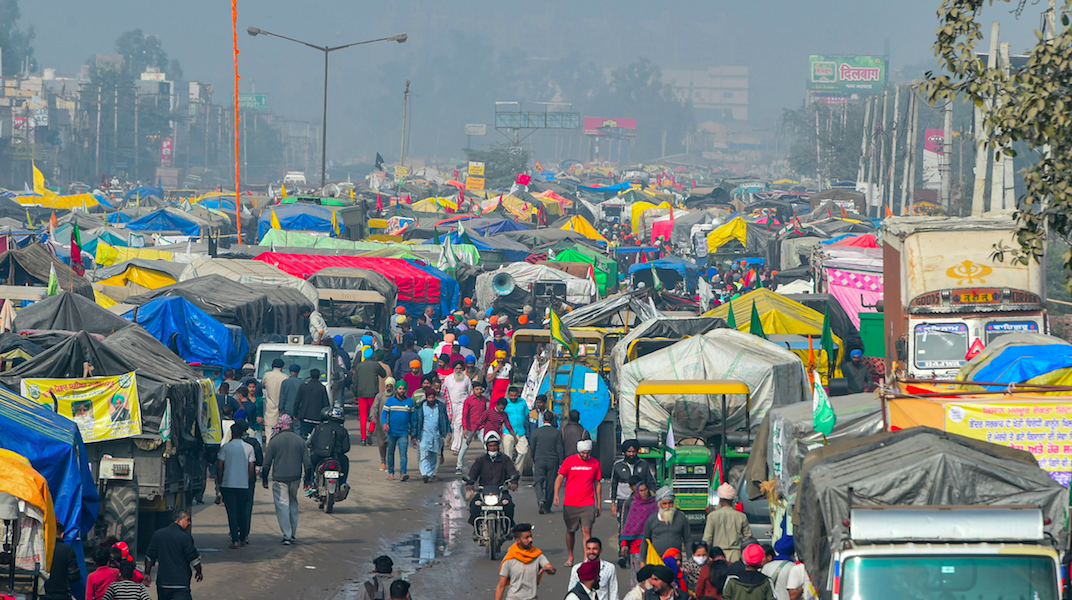 New Delhi: The RSS-backed Bharatiya Kisan Sangh (BKS) on Monday said it will not support Tuesday’s ‘Bharat Bandh’ against the Centre’s new farm laws, but would like the legislations to go through some “improvements”.

Several organisations representing farmers have called for the nationwide shutdown to protest against the three recently enacted agriculture laws.

After desisting from commenting on its participation in the bandh and the protests that have received support from across the country, the BKS announced on Monday that it will not be joining the strike.

“We are not supporting the ‘Bharat bandh’ but we don’t endorse the three laws in toto,” Mahesh Choudhari, BKS organisation secretary for Madhya Pradesh and Chhattisgarh told PTI.

“We want some improvements in the Acts. We wrote to the Centre in August and recommended facilitating procurement at minimum support price (MSP) following suggestions from villages. The Centre has already given an assurance that this would be looked into,” Choudhari said.

He said the BKS strongly favours the “ek bazaar, ek desh” (one market, one country) provision in the Acts as well as several other measures which will benefit farmers immensely.

Choudhari sought to downplay the ongoing protests by farmers on outskirts of Delhi, saying “you know the people involved in them and slogans being raised there”.

Badri Narayan Choudhary, the general secretary of the BKS, has told the news website ThePrint that the agitation could turn into a Mandsaur-like situation, which had resulted in six farmers being killed in 2017.

Thousands of farmers, mostly from Punjab, Haryana and Uttar Pradesh, are protesting at various border points of Delhi against the new farm laws.

Several rounds of talks between the Centre and farmers have failed to break the deadlock.