Beyond the Green Fields of Punjab Lies a Mounting Agrarian Distress

Punjab exceeds most states in metrics on mechanisation, chemical input and capital investment. What then explains the failure of its green fields? 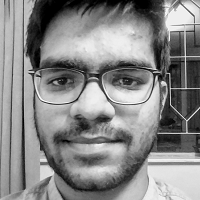 The farms of Punjab, which once sowed the seeds of the Green Revolution, are an eyesore today. According to the state government’s own figures, over 1,000 farmers have committed suicide in the last two years. Agrarian distress is mounting and farmer debt stands tall. A 2016 survey by Punjabi University pegs a total outstanding farm debt at almost Rs 70,000 crores.

The incumbent Congress government has joined the political bandwagon and announced a farm loan waiver as a stop-gap measure. However, farmer suicides have continued unabated, with over 90 farmers ending their lives within two months of the debt-relief announcement in June.

The agrarian crisis in Punjab also defies conventional wisdom in many ways. Punjab is the only state with 98% of its area flushed with assured irrigation. Further, the land productivity of the state matches, if not surpass, international standards. According to the 2016-17 Economic Survey, the per hectare yield of wheat at 4,500 kilograms is more than that of US and the paddy output at 6,000 kilograms matches the productivity of Chinese farmlands. Punjab also exceeds most states in metrics on mechanisation, chemical input and capital investment.

What then is the reason for the failure of the green fields of Punjab? With such formidable agrarian indexes, why should farmers commit suicide?

Before we get to that, consider the context behind farm-loan waivers. The Congress government, soon after coming to power, announced a debt waiver of up to Rs 2 lakh for small farmers and blanket relief of the same amount for other marginal farmers.

Estimates suggest that the announced waiver would cost the state exchequer close to Rs 10,000 crores. However, the government only created a provision of Rs 1,500 crores for the same, inviting flak from the opposition parties. Practical considerations aside, four fundamental arguments can be made against the policy of farm-loan waivers in general and for Punjab in particular.

First, the practice of repeat loan waivers leads to stymied credit facility. It has been observed that farmers default with impunity in anticipation of future relief, leading to mounting political pressure to do so. This, in turn, becomes a self-fulfilling cycle where defaults warrant waivers and waivers lead to further defaults. Besides, this practice punishes farmers who have been diligent with their payments and encourages wrong financial behaviour – borrowing for non-agricultural purposes for instance.

Second, weakened credit discipline and fall in recovery rates create reluctance for future lending by financial institutions, severely affecting rural credit. The ultimate burden from reduced rural investment and agriculture lending then falls on the farmer itself. Empirical evidence suggests that it took several years to improve credit lending in the agriculture sector after debt waivers made their first major appearance in the 1990s.

Third, since the central government is not showing interest in helping Punjab, the state government will have to prune spending and possibly raise taxes in order to maintain a fiscally tight ship. Apart from diverting money from infrastructural investment, writing off loans negatively affects the balance sheet through fiscal slippages, inflationary spillovers and deflationary shock. In fact, a recent study suggests that India is likely to waive-off at least $40 billion – amounting to 2% of the national GDP – as farm loans in the run-up to 2019 general elections.

Fourth, even if debt-waivers do provide some relief to the farming community, the benefit is solely limited to farmers who have obtained finances through formal sources of lending. Malkiat Singh, who owns three acres of land in Bathinda, said that small farmers are mostly not covered under institutional credit and waivers tend to help only big farmers who already benefit from other incentives like state procurement and price support. The failure of the successive polices of financial inclusion can be gauged from the fact that 35% of the farm credit still flows from informal sources. The bureaucratic hassles in obtaining institutional credit are also not unknown.

Apart from arguably assuring political mileage, loan-waivers hardly better the life of a farmer. Yogendra Yadav also explains that debt waivers can be used to remedy an unexpected business-cycle failure but cannot cure the enduring agrarian crisis which has gripped the country. 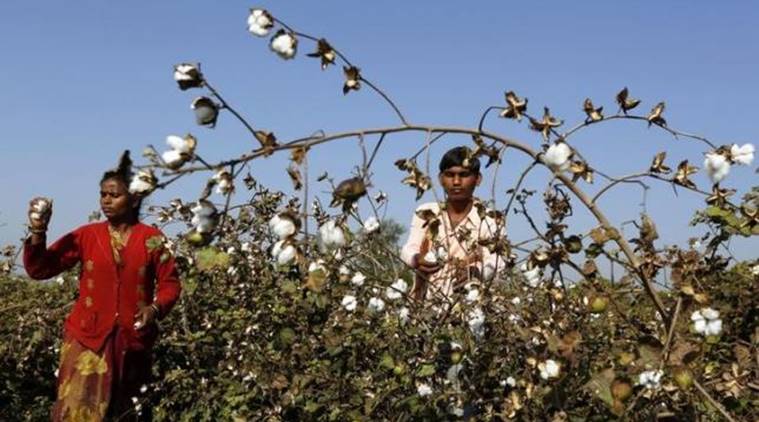 Cotton is more vulnerable to pests and farmers in this region are known to use not less than 15 different types of pesticides, out of which atleast seven have been declared ‘carcinogenic’ by the US Environmental Protection Agency. Credit: Reuters/Amit Dave

Farming has become a highly un-remunerative business over the last few years due to the spiraling cost of input and no commensurate rise in output prices. This has reduced farm income, causing severe economic and social distress, which only swells with each cropping season.

To put things in perspective, two decades ago, a bag of seeds would cost Rs 400, urea and Diammonium phosphate (DAP) for one acre would amount to Rs 300 and diesel was priced at Rs 15 for every litre. The minimum support price (MSP) for wheat was about Rs 8 per kg at that time.

Twenty years later, when the cost of inputs have multiplied manifold, the support price for wheat has only marginally improved to Rs 15. One bag of seeds now costs Rs 1000, urea and DAP for one acre would amount to not less than Rs 1500 and diesel prices have surged to Rs 60. This is supplemented by the increased cost of immigrant labour, escalating land prices and swelling cost of digging borewells due to the dwindling water levels.

Hence, while the MSP has only witnessed an annual revision of 4-5%, the cost of all other inputs has surged by over 8-10%, thereby widening the gap with successive cropping season. In fact, farmers revealed that the net return from the wheat per hectare of land was abysmally low at Rs 4000 per month. More than 86% of farming families in Punjab live under debt and about one-third of the farmers are below the poverty line.

The problem is further accentuated by the presence of middleman, locally known as arthiyas, who have a vice-like grip on the life of the farmers. The job of an arthiya is to unload the grains in the market and organise auctions, mostly to the state procurement houses, for which they charge 2-3% commission on the purchase price. However, the main operation of an arthiya today has transformed to lend to the farmers for agricultural and personal purposes for which they charge exorbitant amounts, even as high as 24%. In fact, many small farmers have become completely dependent upon them for agricultural activities in the absence of formal source of lending.

According to a study by the Centre for Research and Industrial Development, the debts of private money lenders have witnessed a significant hike over the last few years. Furthermore, these agreements between the middleman and farmers are informal arrangements devoid of any legal sanctity. This gives unbridled discretion in strong-arming the peasants to sell their produce at lower rates and charge exploitative prices. There have been several instances of arthiyas taking over the land and production of farmers.

The high cost of cultivation, dwindling profits and reduced availability of resources have made small landholdings economically unfeasible for cultivation. Small farmers have little option but to sell-off their lands due to economic unviability, pushing them out of their farmlands. This trend of ‘de-peasanitsation’ has been evidenced by the 2011 consensus which revealed that the number of small farmers (land holdings below five acres) has dipped from 5 lakhs to 3.6 lakhs in the state.

After being pushed away from agriculture, they find it difficult to be absorbed outside the sector due to the pathetic condition of industrial sector in the state. Over the last ten years, not less than 6500 industrial units have been declared sick and about 18,000 more have either shut or migrated out of Punjab. This has created a large army of spare labour, adding to the already 75 lakh people unemployed in the state. With little scope for alternate means of livelihood, rural youth resort to drugs as a means to seek solace.

While the Green Revolution resulted in food sufficiency for the rest of the country, it sowed the seeds of ecological imbalance and health hazards in Punjab. The intensive utilisation of chemical inputs and cultivation of water guzzling crops has depleted the water table, minimised nutrient content of the soil and increased health related hazards.

The area under cultivation has multiplied over ten times in the last 50 years. Out of this, over 75% of the land is irrigated with ground water leading to a decrease in the water table. Further, the introduction of hybrid varieties of paddy has leached the water of the land leading to fears of desertification. According to the figures of the Central Ground Water Board, out of the 138 administrative blocks in the state, 110 have been categorised as over-exploited and six are either critical or semi-critical. Apart from cultivation of water-intensive crops, two additional factors play an important role in the overuse of water by the farmers – one, provision of free electricity by the government and two, no restriction has been placed on the depth of tube-wells. Infact, no permission is needed to dig wells in the state.

The green fields of Punjab hide another grey story.

The excess chemicals seep into the soil and mix with the ground water creating a ‘lethal cocktail.’ This is confirmed by the critical presence of heavy elements such as uranium and arsenic above the permissible levels in many parts of the state. The unregulated utilisation of chemical fertilisers not only reduces the soil fertility but also forces the residents to live in a ‘cesspool of toxicity.’ It has also been noticed that many farmers do not wear protective gears while using such chemicals and many infact use these boxes for storage purposes.

Punjab over the last few years has witnessed an appalling average of 18 deaths everyday due to cancer. Various research studies have also confirmed that farming villages which use a larger quantity of chemical inputs have significantly higher cases of cancer. It is also pertinent to note that most of these cases come from the cotton growing Malwa region. Cotton is more vulnerable to pests and farmers in this region are known to use not less than 15 different types of pesticides, out of which atleast seven have been declared ‘carcinogenic’ by the US Environmental Protection Agency.

There have also been scary reports of reproductive health crisis and presence of disturbing levels of heavy metals such as lead, uranium amongst the children of many such villages.

The agrarian crisis in Punjab has manifested itself in the form of reduced income, declining employment, escalating indebtedness and augmenting ecological and health hazards.

A few agricultural experts have recommended diversification of the cropping pattern from the rotational cycle of wheat and paddy to extricate farmers from the spiraling distress. However, the absence of assured price and procurement of other crops, lack of reliable technology and lower economic return disincentives the farmer to do so. Further, the critical reliance of the country on Punjab’s production of crops like paddy makes the Centre strategically opposed to diversification in the state.

Today, the mainstay of Punjab’s economy is gasping for breath. The total debt of farmers is 50% higher than agriculture’s contribution to the state’s GDP. It is important that the state’s policies actually revolve around the farm, farmer and rural development instead of merely using them as political pawns.

Lovish Garg is at NALSAR University of Law, Hyderabad.