Does the Banking System Really Want to Help Farmers?

The corporate sector is responsible for 70% of the country's NPAs, but their loans are being waived off while waiving farming loans is still being frowned upon. 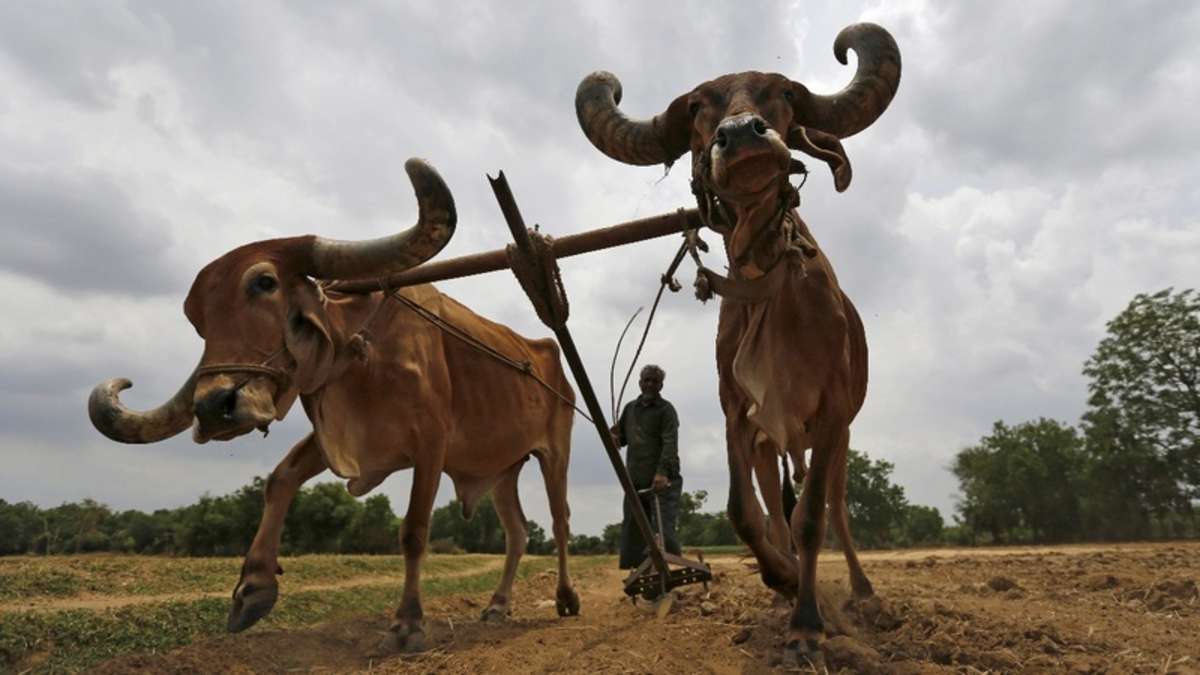 The banking system seems to be designed in favour of the rich who benefit at the cost of farmers and the rural poor. Representational image. Credit: Reuters/Files

The Gujarat government gave a loan of Rs 558.58 crore to the Tatas to set up the Nano plant at Sanand, near Ahmedabad. The Gujarat government has acknowledged that the massive loan was given at an interest of 0.1%, to be paid back in 20 years. In other words, this huge loan was virtually an interest free long term loan. In another case, Steel tycoon, Laxmi Narain Mittal, was given Rs 1,200 crore by the Punjab government to invest in the Bathinda refinery. He also got the loan at a 0.1% rate of interest.

On the other hand, if an extremely poor woman in a village wants to buy a goat worth Rs 5,000, she goes to a micro-finance institute (MFI), which provides her a loan at an interest rate of 24% to 36% or even more. This paltry loan has to be returned at weekly intervals. This poor woman is also an entrepreneur and wants to sustain her livelihood rearing a goat, the milk of which she can sell. Millions of livelihoods can potentially be sustained if banks were to provide loans like the ones the Tatas and Mittal received, for poor entrepreneurs.

Farmers, for instance – suppose they buy a tractor at an interest rate of 12%. Big entrepreneurs can buy a luxury car at an interest rate of 7%. For a farmer, a tractor is necessary to improve crop production, which directly contributes to an increase in his income. The role of mechanisation to improve farming has never been in question, but for the rich, luxury cars are more of a status symbol.

Therefore why is the banking system designed to favour the rich who already have many perks, while the poor pay a higher price to sustain their livelihoods?

Discrimination against the poor doesn’t end here. The Public Accounts Committee of the parliament has estimated that the total outstanding loans of public sector banks – Non-Performing Assets (NPAs) – stands at Rs 6.8 lakh crores. Out of this, 70%  belongs to the corporate sector, whereas only 1% of the defaulters are farmers. The chief economic advisor, Arvind Subramanian, has already stated that the bad debts for the corporate sector should be written-off. According to him, the capitalist economy is designed so that the bad loans of these corporates have to be waived. India Ratings has estimated that more than Rs 4 lakh crore of the NPAs will be written-off. Writing-off of such enormous amounts of bad loans for the corporate sector makes economic sense, if the chief economic advisor is to be believed. On the other hand, the chairperson of State Bank of India, Arundhati Bhattacharya, laments that writing-off the outstanding loans of farmers is bad economics – it will lead to credit indiscipline. This when of the total NPAs, farmers were responsible for only 1%.

Much of the farm credit that is provided every year is also taken advantage of by the agribusiness companies. In the Budget 2017, finance minister Arun Jaitley had announced a farm credit of Rs 10-lakh crore. But while such a huge outlay for farm credit gives an impression of governmental concern about farmers, a study by Ram Kumar and Pallavi Chavan (from Tata Institute of Social Sciences) found that less than 8% of this actually goes to small farmers. And small farmers constitute roughly 83% of the entire farming community. Nearly 75% of the Rs 10-lakh crore farm credit is reaped by agribusiness companies and big farmers who get the advantage of 3% interest subvention. Over the years, the definition of what constitutes a farm loan has been expanded to include warehousing companies, farm implement manufacturers and other agribusiness companies.

It is primarily because of the bank’s indifference towards the farmers that the election promise of writing-off of farmers’ loans in Uttar Pradesh and Punjab have become such a contentious issue. Since prime minister Narendra Modi had promised to waive off farmers loans in UP, the ministry of agriculture and farmers welfare has already announced that the Centre will take care of the financial burden of waiving farm loans in UP. Whereas in Punjab, where Congress has formed the government, state finance minister Manpreet Badal, has come out with an innovative way to bear the burden of farm loan waiver. He says the state will ‘takeover’ the farmers outstanding loans, and work out a long-term agreement with the banks under which the state government will repay the farmer’s dues.

In Punjab, an estimated Rs 35,000 crore of bank loans were defaulted on by farmers. In Uttar Pradesh, the total amount that needs to be waived for farmers owning less than 2 hectares of land stands at Rs 36,000  crores. While the Centre has agreed to reimburse the UP government for the farm waiver, the question is, what about the other states? Maharashtra, for instance, is demanding Rs 30,500 crore for a loan waiver. Chief minister Devendra Fadnavis has told the Maharashtra assembly that 23,000 farmers have killed themselves since 2009. In Tamil Nadu, which faces drought for the third year in a row, the state government has already declared a drought. Farmers are demanding a compensation package of Rs 25,000 per acre. Meanwhile, farmer suicides have been on the rise in Orissa and the Northeast, where they have nearly quadrupled over the past few years.

What needs to be seriously considered is that a terrible agrarian crisis is being allowed to prevail, primarily because of systemic efforts to keep farmers impoverished. By denying farmers the right price for their produce, the credit policy too is designed wrongly so that it benefits the rich at the cost of farmers and the rural poor. But will the banks accept their fault and redesign the credit policies? The rich corporates will continue to get tax incentives and massive subsidies in the name of incentives for growth.