As Protests Rage in Delhi, a Look at How BJP Has Dealt With Farmers in the Past

The BJP in the past did concede to farmers' demands, be it during the signing of RCEP in 2019 and in the case of Land Bill, 2015. This begs the question as to what has changed this time around. 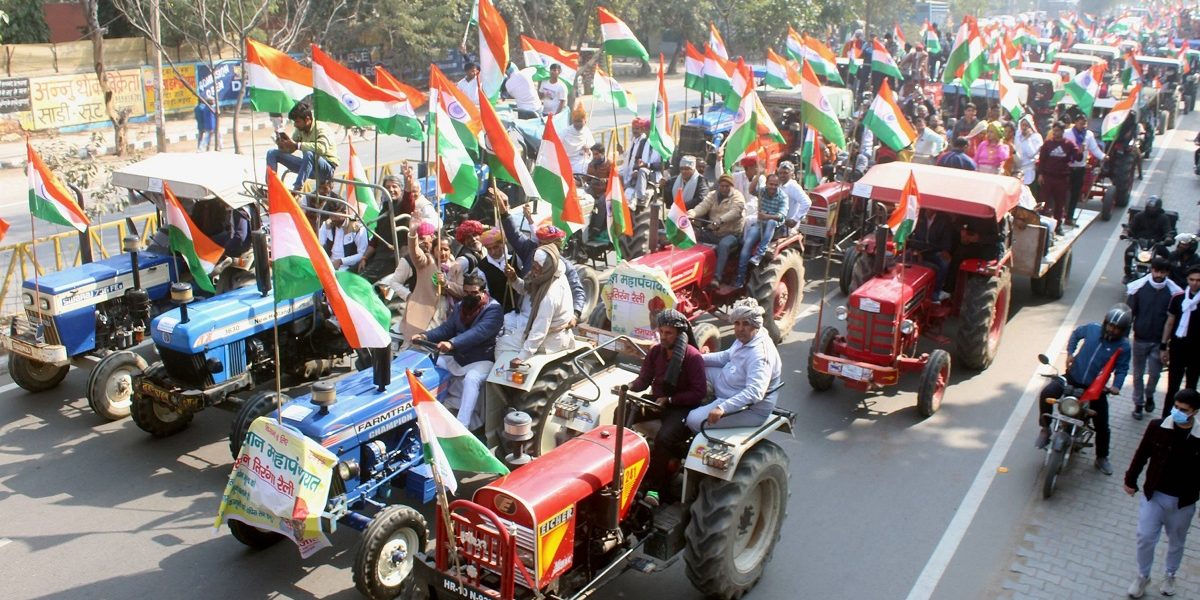 Farmers participate in a tractor march on Republic Day, as part of their protest against the Centre's farm laws, in Gurugram, January 26, 2021. Photo: PTI

After 11 inconclusive rounds of meetings between the government and farmers, we are confronted with the big question: ‘Is the Bharatiya Janata Party not pro-farmer?’ Our doubts are raised by historical experiences.

The BJP government, at times, has not taken decisions that have been pro-farmer. Farmer associations and unions have protested time and again, and sometimes have been successful, in putting forward their concerns. Sometimes not. We share three such cases.

In 2019, the Indian government was almost about to sign the Regional Comprehensive Economic Partnership (RCEP), a free trade agreement (FTA), which would have been detrimental to farmers and agriculture in India. It would have not just affected agri-commodity prices but free skimmed milk powder (SMP) imports. It would also have meant a death knell for the dairy industry, which has been a success story in India. Back then, when the signing of RCEP was on cards, these very farmer unions across India went into protest mode and appealed to the government not to sign it. 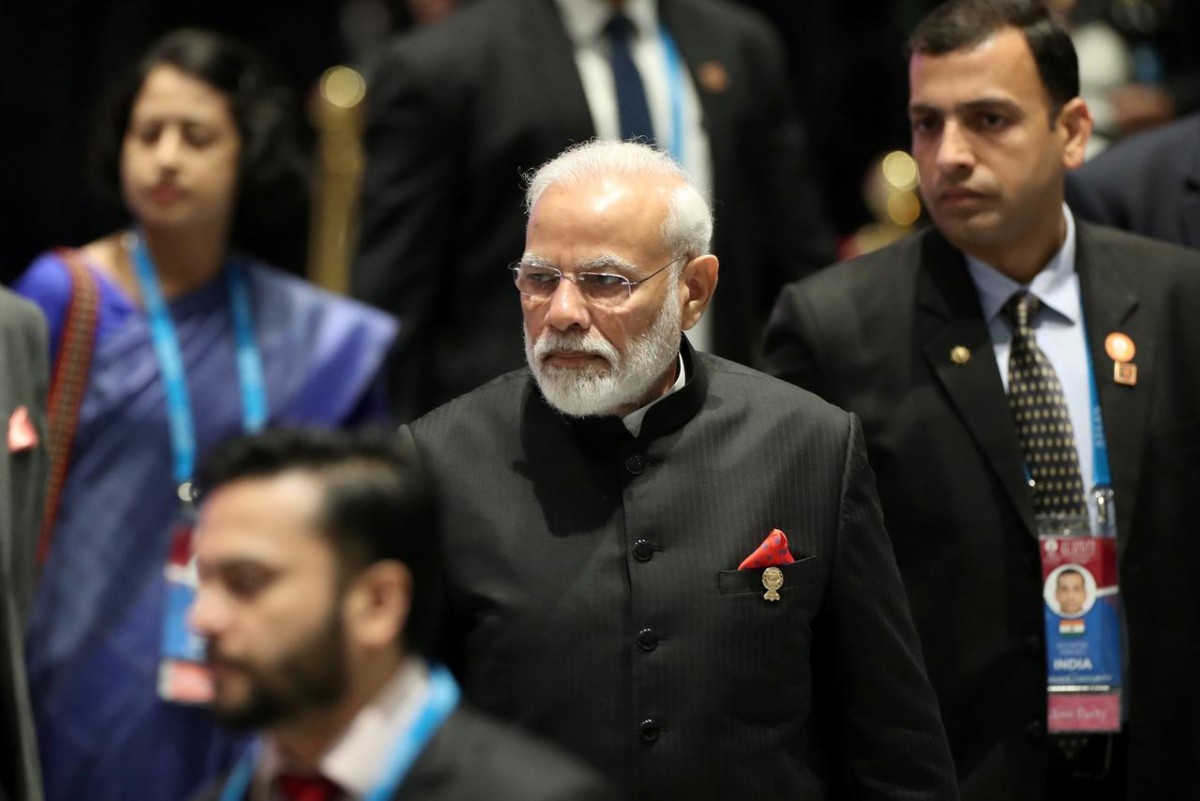 In July 2019, R.S. Sodhi, the managing director of the Gujarat Cooperative Milk Marketing Federation Limited (GCMMF Amul), even wrote a letter to Piyush Goyal, the minister of commerce and industry, warning him about the adverse impacts FTA would have on the domestic dairy sector. The dairy farmers of Gujarat, the shareholders of AMUL, began sending letters to the Prime Minister’s Office (PMO) in lakhs.

By October 10, 2019 even BJP’s sister organisation, Swadeshi Jagran Manch, had begun protesting against the signing of RCEP. Yet, till October 30, 2019, Goyal was supporting RCEPstating that India should do away with the “fear psychosis” of FTAs.

Till November 2, 2019, he was tweeting, in response to Sonia Gandhi’s comment, as to why we should be signing RCEP. The government machinery was, as usual, promoting RCEP and discounting farmers’ concerns.

The protests seem to have made sense to Prime Minister Modi and he eventually did not sign the RCEP agreement on November 4, 2019 in Bangkok, in an event which Modi had attended. It was like a last-minute nail-biter and a tie-breaker.

The farmer unions would have gone for all-out protests from the next day had Modi signed the agreement. By November 5, 2019, Goyal made a U-turn and the whole government propaganda machinery had begun hailing not signing RCEP as a masterstroke by the prime minister.

Another case in point was the Right to Fair Compensation and Transparency in Land Acquisition, Rehabilitation and Resettlement (Amendment) Bill 2015 or the Land Bill 2015, passed by the BJP government on March 10, 2015 in the Lok Sabha.

It deals with the government taking over private land for a ‘public purpose’. Prior to this bill, the acquisition of farmland was subject to the consent of 80% land-owners for private projects, and 70% for public-private projects. The 2015 bill diluted this clause.

Thus, the government could now acquire land for a private entity without the consent of farmers! Strangely, it was touted both as pro-farmer and pro-industry!

It would be fair to mention at this point that Reliance had promoted a Maha Mumbai special economic zone (SEZ) in 2006 in Raigad district covering 10,000 hectares in 83 villages along with a 4,000 hectares in Navi Mumbai SEZ. A total of 14,000 hectares.

For reference, the total area under the Brihanmumbai Municipal Corporation(BMC) commonly known as Greater Mumbai is 43,771 hectares. In effect, Reliance was creating a parallel city, one third its size and adjoining Mumbai. Raigad is known to have fertile lands. Farmers protested against the forcible acquisition of their lands and even formed a Mahamumbai Shetkari Sangharsh Samiti. Against the targeted 70% acquisition, promoters could only acquire 13% of the land within the given timeframe. The Maha Mumbai SEZ was scrapped in 2011.

Similarly, a Reliance promoted 25,000-acre Reliance Haryana SEZ Limited (RHSL) adjoining Gurgaon was eventually surrendered in 2014. These two were just part of a SEZ policy, announced by the BJP government in April 2000. There are 426 approved SEZs in India as of 2020.

Again, it appeared that the farmer protests provided a reality check for the government and Modi to realise the injustice of the said law. Or, one can say, back then, the BJP did not have the strength to pass it in Rajya Sabha. Either way, it was allowed to lapse in the Upper House.

Another decision was the reduction of the import duty on edible oil from 65% to 15% in July 1998 by the then BJP government.

India had been traditionally self-sufficient in edible oil, and specifically during 1990-94. One month after the decision, in August 1998, the dropsy crisis emerged in Delhi due to adulteration of mustard oil with argemone oil. The government banned the sale of loose mustard oils in Delhi, and most packaged mustard oil brands, including Dhara, were refrained from sale. Consumers were pushed towards tasteless and aromaless solvent extracted blended oils that were generally imported. India moved towards importing palm oil. Industry watchers consider it a conspiracy to discredit loose and indigenous filtered oils to benefit imported refined oils.

Taking the same growth rate, as the area under wheat cultivation, it would mean the loss of income of some 7 million Indian farmer households (average farm size is 1.08 hectare) to companies in Malaysia and Indonesia and their corresponding importers. Interestingly, at 5 million tonnes, just one company imports around 60% of the total domestic production of all nine edible oils, Adani Wilmar!

The discriminatory treatment of farmers has increased in recent years. Apparently, farmer protests increased 700% from 2014 to 2016 as per the National Crime Records Bureau’s (NCRB) data.

During farmer protests in Mandsaur, Madhya Pradesh in 2017, 12 members of Rashtriya Kisan Mazdoor Mahasangh were shot and 6 died in police firing.

In 2017 again, farmers from Tamil Nadu camped in Jantar Mantar and tried to highlight their plight in innovative ways. In 2018, the Kisan Long March into Mumbai took place.

These series of anti-farmer acts by the government over the last five years have led farmers’ groups to reach out to other similar groupings to form a national federation. While the urban-centric media and its viewers find it hard to understand how farmers are so well organised and funded.

We, the authors, also find it surprising that till the farmer unions came to Delhi, the mainstream media and its viewers did not even realise the extent of the simmering discontent across the country in the farming community. It is as if you don’t exist till you come to Delhi.

It is surprising that the party that prides itself as being the epitome of democracy gives a cold shoulder to the farmers, the biggest political constituents of this country.

We hope our doubts are proved wrong and the prime minister empathises with the desperation of farmers and repeals the three farm laws.

Shiv Kumar ‘Kakaji’ Sharma is the president of the Rashtriya Kisan Mazdoor Mahasangh, which is part of Sanyukt Kisan Morcha involved in negotiations with the Government of India on three farm laws. Manu Kaushik is a management professional with specialisation in the rural sector.