Anantapur is facing one of its worst droughts this year – and the depletion of groundwater and skyrocketing debts have only made it worse for the farmers in the district. 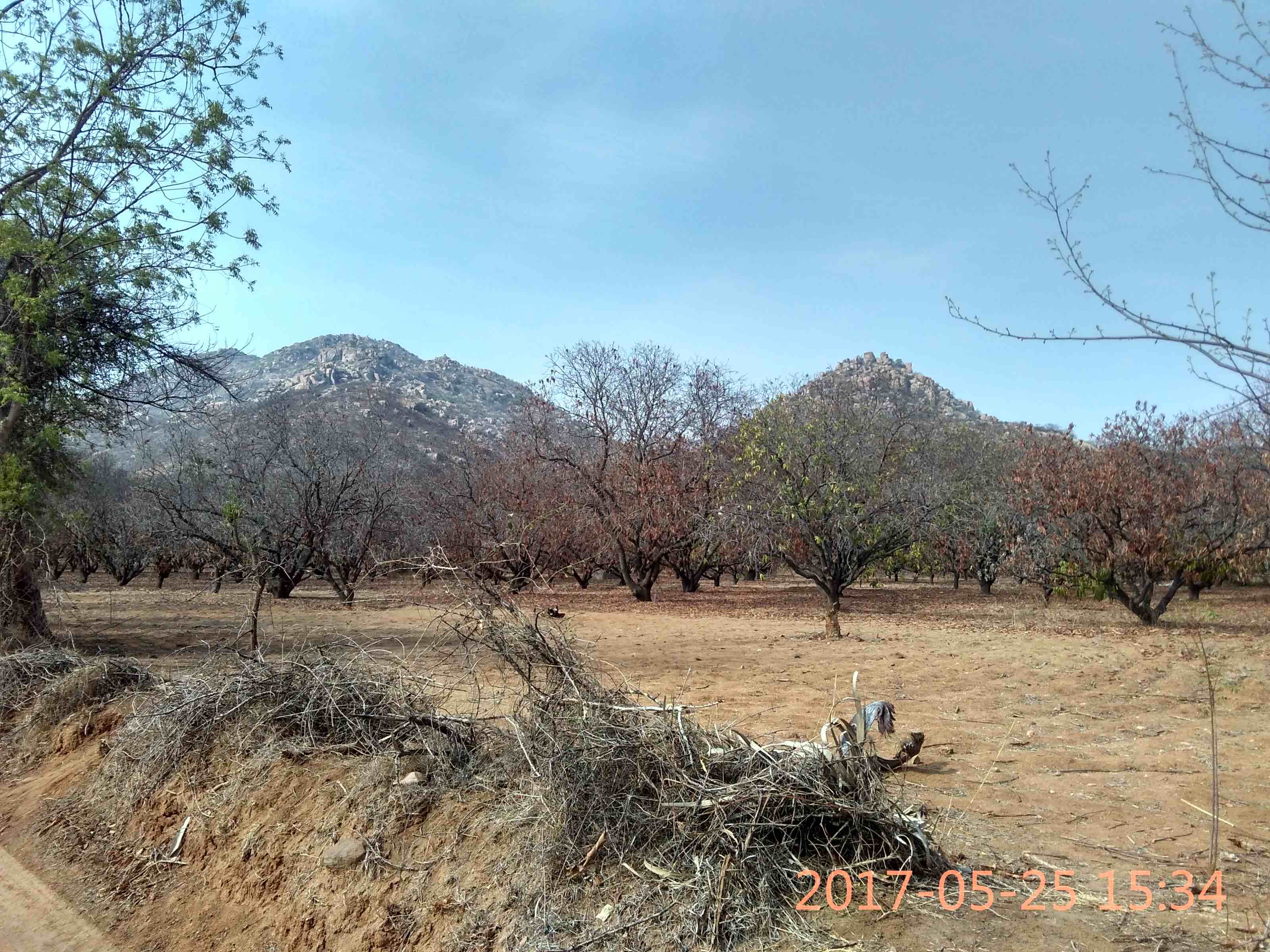 Dead mango trees in the fields of Chinni Krishnaiah and Janardhan in Bucchayyavaripalle, in Bhukkapatnam mandal of Anantapur district. Credit: Rahul Maganti

Anantpur district, Andhra Pradesh: Last year, the farmers of Beedupalle village cultivated 1,500 acres of groundnut and maize. Most of this land will lie bare this year, thanks to intense drought, empty borewells and skyrocketing debt in a district barely 100 km from Bengaluru.

Parsu Naik, 40, has been growing groundnut for 15 years. He spent Rs 20,000 per acre last year and earned only Rs 3,000 per acre. “I don’t have the courage to incur losses for one more year,” he says. “The crop has failed continuously for almost ten years now. Crop insurance was promised every year, but we hardly got any money. I have a loan of Rs 8 lakh – Rs 6 lakh to moneylenders and the rest to the bank.”

Parsu bought four cows with another Rs 2 lakh from moneylenders, at an interest of 24%. “I approached the bank but they refused to give me the loan, even with my own land as collateral. I took the village sarpanch with me, but it was no use. The bank officials wouldn’t listen even to him.”

Anantapur, the largest district in Andhra Pradesh, receives the second-lowest rainfall in the country, after Jaisalmer in Rajasthan. Farmers have traditionally managed to grow dry-land crops using groundwater. This year, the water table has given up.

“The average rainfall in the region is 560 mm/year,” said Vijay Bhaskar Reddy, a farmers’ leader from Puttaparthi. “For the past three years it has been around 300 mm/year. Last year, though there was hardly any rainfall, the borewells worked, but this year the groundwater is zero. All the surface water bodies – ponds and rivulets – have dried up.” 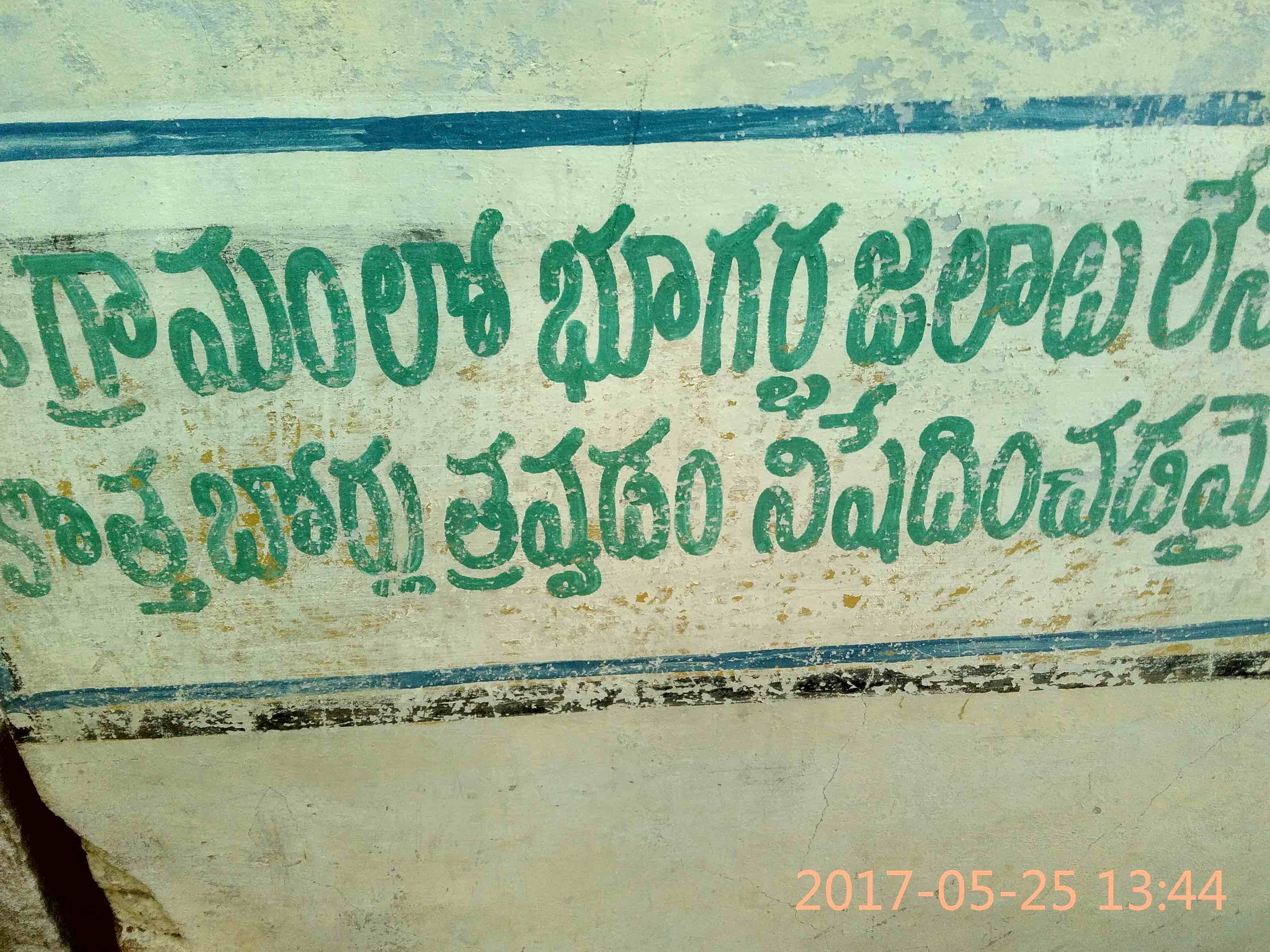 Since the groundwater tables have depleted, digging borewells is prohibited. A sign announcing that in Gopepalle village, Nallamada mandal, Anantapur district, May 2017.​​ Credit: Rahul Maganti

Digging deeper borewells has left many farmers deeper in debt. Ramla Naik ended up with debts worth Rs 6 lakh after he drilled four borewells. “I dug each to a depth of 1,100 feet, but failed to observe any tema (humidity),” he said. “There are 200 bores in the village and barely two or three work.”

“Do people sell their land before they leave for cities?” I asked him.

“I will sell my land. Will you buy it?” he retorted, then smiled. “The government should have constructed its massive capital here.”

Giving up on the fields

Left with no other option, farmers and their families have been forced to migrate to cities and work as labourers. One-sixth of the population of Beedupalle now live in shanties of Bengaluru, villagers say, working as construction labourers and sweepers. Parasuram, 30, migrated three years ago and works as a painter. “We live in temporary huts along drains. I work 10-12 hours a day and earn Rs 450 per day,” says Parasuram. “Last month, two villagers died under mysterious conditions while working in a factory because the management failed to take any safety precautions. The factory owners colluded with the police and silenced us. We did not even have money to bring the dead bodies back home,” says Parasuram, on the verge of tears.

In Bucchayyavaripalle of Bhukkapatnam mandal, farmers shifted to dry-land horticulture – mango and lemon – after successive failures of the groundnut and maize crops. This year even they feel the brunt of the drought. “Eighty percent of the mango trees in the village, each 25-30 years old, died this summer,” said Chinna Krishnaiah, a Madiga by caste, who owns an acre of land and is in debt worth Rs 4 lakh. “Not even a single tree died last year.” Madiga is a Dalit sub-caste and is considered a rung ‘lower’ than the Mala sub-caste.

Janardhan Reddy, who has mango orchards on his eight acres of land, invested Rs 8 lakh over the last four years, but hasn’t earned a single penny. Five years ago, Janardhan invested Rs 20,000 per acre and got a return of Rs 75,000 per acre. “When the borewells and the rains failed, I spent Rs 1.5 lakh to irrigate my lands through tankers. It wasn’t enough to keep my trees alive.” Years of drought have also led to the death of cattle and goats.

In 1994, the Sathya Sai Drinking Water Project began to step in where government promises of drinking water lay broken. The trust laid pipelines from the Parnapalli reservoir on Chitravathi river to Puttaparthi, to serve the water needs of the Sathya Sai ashram and hospital. On the way, they laid pipelines to 120 villages in the area.

“If not for the Sathya Sai Trust, we would have fled our villages,” said Gangi Reddy, a farmer from Bucchayyavaripalle. “We either get water from the Sathya Sai Drinking Water Project or we buy a litre of water for a rupee.” 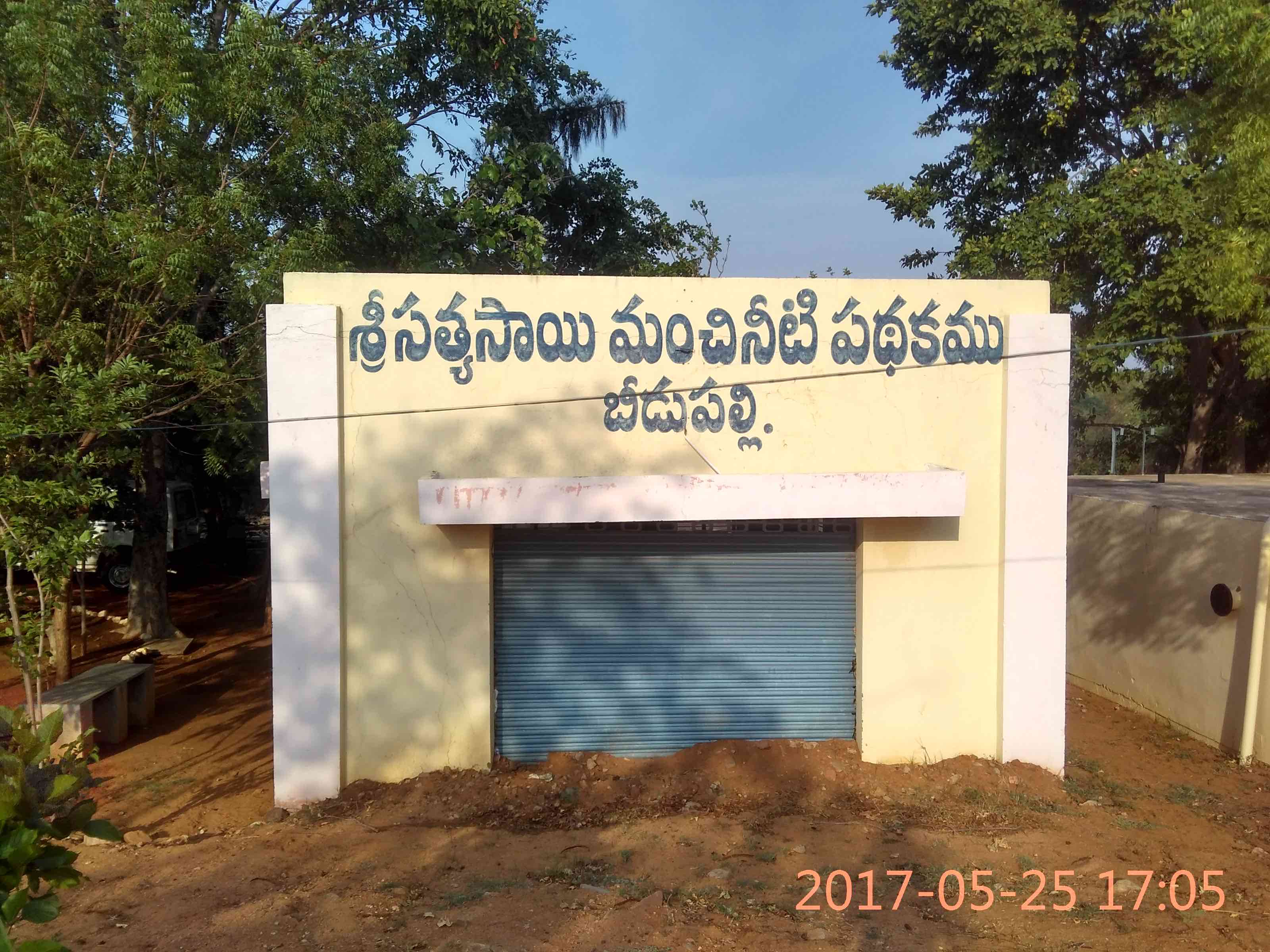 The way back to water

“Watershed management, rainwater harvesting and water conservation mechanisms have been funded since 1990 with grants from both the World Bank and the government of Andhra Pradesh,” said Peddi Reddy of the CPI(M)-affiliated Andhra Pradesh Rythu Sangham. “However, none of them yielded any decisive results, due to serious gaps in implementation.”

According to Bhanuja from REDS, an NGO based out of Kadiri, “The government has used the concept of ‘rain guns’ to mitigate the drought last year, but this is hardly a solution. The government should instead use its resources to fill the hundreds of ponds in the district, using the already existing canals.”

Parsu Naik feels that this problem needs a political solution, not just a few grants here and there. “One of the demands behind a separate Telangana was water. If the government continues to ignore the plight of the farmers here, a separate call for statehood from Rayalaseema will soon emerge.” Central to this political solution is the just and equal sharing of water from the Krishna and Godavari. “The Handri Neeva canal, which passes nearby, is long pending. The tunnel was 70% complete by 2009, but construction has gone at a snail’s pace since then. If the water crisis is not solved soon, the only option the farmers of the region have is committing suicide.” Not surprisingly, the District Crime Record Bureau records say that 372 farmers committed suicide in the district in the last three years, since the Telegu Desam Party government took over in June 2014.

Back in Puttaparthi, Kadiri and other mandal headquarters, the distribution of groundnut seeds for the next agricultural season has started. The lines are short.