Given the challenges of climate change, deep agrarian distress and malnutrition, it is time to learn from a knowledge system that is built on the experiences of farmers. 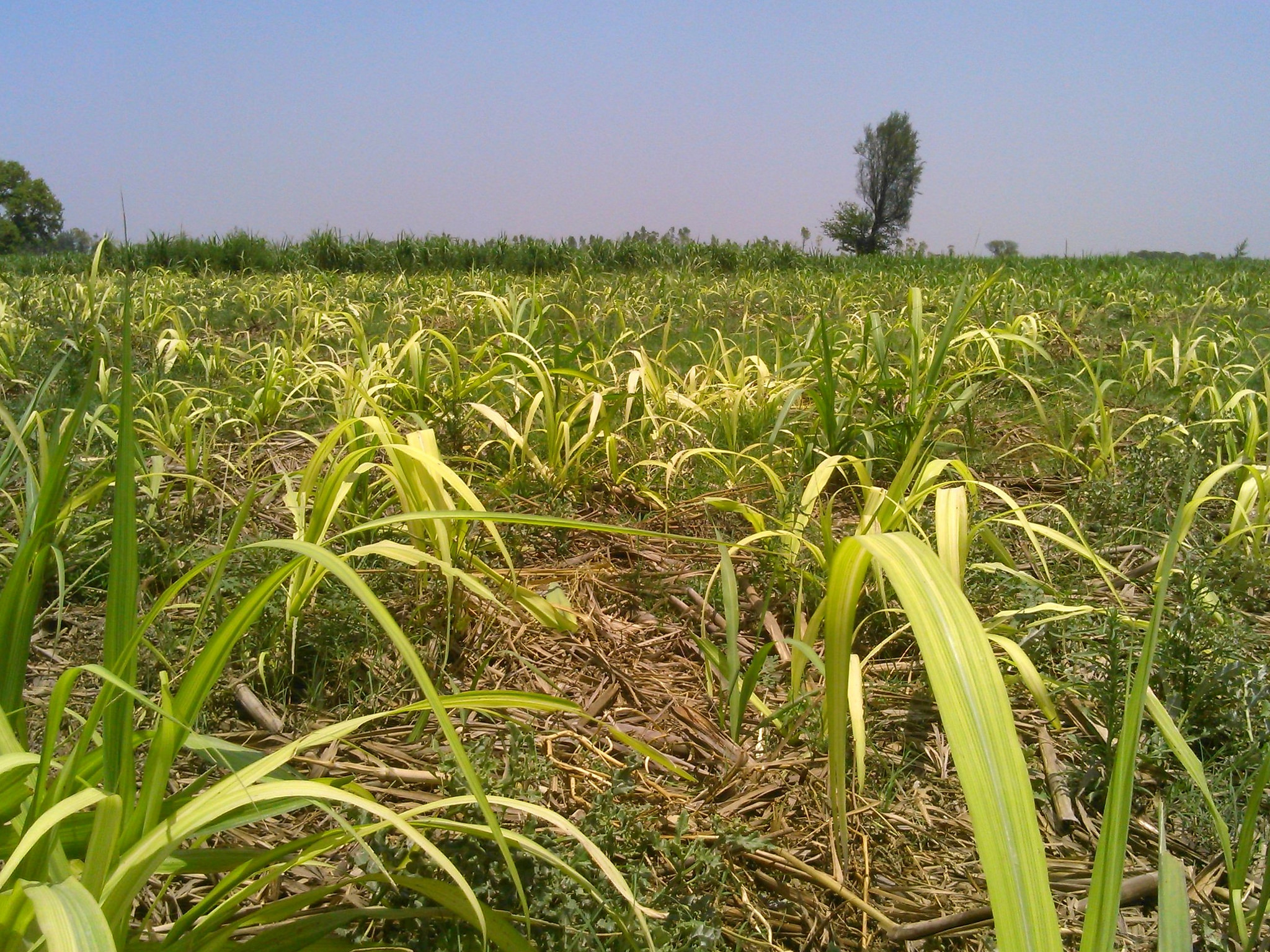 A field of sugarcane plants. Credit: scotnelson/Flickr, CC BY 2.0

It used to be Bt Cotton and it’s now GM sugarcane. Once again, leading public research institutions in India are pushing the agribusiness agenda of using genetically modified (GM) crops to address the agrarian distress in the drought-stricken Marathwada region of Maharashtra. Bringing up GM sugarcane as a panacea for sugarcane-growing regions in Maharashtra, when they’ve been reeling under successive years of drought, is opportunistic. Desperate situations are ideal conditions to push the latest silver bullet (in this case GM) as the only solution for affected farmers – rather than determining the causal factors and arriving at a context-relevant solution with the community that may include appropriate technological options as part of the solution. The sugarcane situation can be deconstructed to reveal that ecosystem-specific, agro-ecological options can effectively address the problem. GM sugarcane is not an option. Maharashtra should know that, having experienced the disastrous impact of GM cotton on lives, livelihoods, food systems, the local ecology and its economy.

Let’s examine two conditions in an attempt to lay out the agro-ecological options for sugarcane cultivation. Condition 1: that sugarcane continues to be grown in the drought affected areas of Maharashtra, Telangana and Andhra Pradesh. Condition 2: that the choice of crops in an area can be made on an agro-ecological basis (determined by the climate, soil type, water availability and local knowledge).

Under the first condition: a well-established method used in Andhra Pradesh and Karnataka is to grow sugarcane agro-ecologically through the system of sugarcane intensification (SSI). The principles are similar to the resource-efficient system of rice intensification, which is being extensively and effectively used in Tamil Nadu, Andhra Pradesh, West Bengal, Jharkhand, Chhattisgarh and Gujarat, and in many countries across Southeast Asia and Africa. Its effectiveness has been recognised both by the agricultural scientific community and multilateral financial institutions like the World Bank.

The SSI method of sugarcane cultivation, being practiced by farmers in Andhra Pradesh, Karnataka and Tamil Nadu, has been developed by Indian farmers. Its seed and water requirements are significantly lower than the conventional system of cultivation. The greater spacing between the rows of sugarcane allows for intercropping of other food crops, such as pulses and vegetables, thereby providing additional income and nutrition per acre. The method lends itself readily to drip irrigation, reducing the water-requirement even further. Field demonstrations of the method carried out by Acharya N.G. Ranga Agricultural University at their Basanthpur Research Station in Medak District, Telangana, reported 100-300% higher yield than the conventional method.

The Tamil Nadu Agricultural University (TNAU) calls it the ‘expert system for sugarcane’ and recommends it to sugarcane farmers in the state. The TNAU’s comparison between the conventional method and SSI method of sugarcane cultivation speaks for itself (see table below).

A personal testimonial to the effectiveness of the SSI method is the author’s own experience at Rishi Valley Education Centre (RVEC) near Madanapalle, a city in Chittoor district, Andhra Pradesh. Sugarcane was grown for six years at the centre using the SSI method. It was grown organically, using drip irrigation, with extensive mulching to conserve moisture and intercrop of Sun hemp (a nitrogen-fixer), seasonal vegetables like okra, chillies and pumpkin, and turmeric. This crop, grown over approximately 1.5 acres, provided the RVEC community with more than its annual jaggery requirements (around 2.5-3.2 quintals/year).

Intercropping vegetables and turmeric with sugarcane led to effective utilisation of the land, thereby contributing to a higher nutrition per acre. Over the years, the agro-ecological practices have led to reduced tilling of the land as well. Farmers and researchers from Andhra Pradesh, Karnataka and Odisha visited the farm to learn from our experience*. It must be noted that RVEC is in the semi-arid Rayalaseema region. In 2014, when the water crisis was severe (having received 250 mm of rainfall against the usual 550-800 mm), just the conserved moisture was being used by the crop to grow. In 2015, sugarcane cultivation was put on hold due to severe drought conditions, when all the borewells in the area dried up and RVEC and the surrounding community of small farmers was receiving tanker-water for their basic needs (drinking, washing and cooking).

In the face of all this compelling evidence, it is remarkable that Maharashtra and the Indian Council of Agricultural Research (ICAR) are not pushing for the SSI method of sugarcane cultivation – and not just in Maharashtra but across the country. To meet our sugar needs in an increasingly unpredictable climate future, it is imperative that we turn to these tried and tested methods of cultivation.

Now, the second condition. The arid Marathwada region as well as parts of Telangana have already experienced the adverse consequences of Bt cotton, and local crops like sugarcane are driving the agrarian distress even deeper. It is critical that cropping patterns and choices be reexamined in these regions. Local and regional drought-resistant dryland crops such as millets, pulses, oil seeds and local vegetables must be revived and supported to restore the livelihoods and food systems of these communities.

Local water-harvesting and revival experiences of Rajasthan and parts of Maharashtra must be used to bring back life to the drought stressed areas of Maharashtra. Government policies for the arid and semi-arid regions have to be completely recast taking into consideration the ecosystem. Local economies, livelihoods and food systems must be built around pastoralism, common lands (primarily grasslands in these areas), dryland crops and vegetables. Sugarcane cultivation must be restricted to areas which can support the crop and that too using the SSI method.

Given the challenges of climate change, deep agrarian distress and malnutrition (undernutrition and obesity) brought about by the relentless pursuit of an agribusiness-based agricultural and food system, it is time to learn from a knowledge system that is built on the experiences of farmers. In the case of sugarcane, even agricultural scientists have validated the SSI. And if not in recognition of peasant-based knowledge systems, ICAR should at least pursue the SSI method in the spirit of ‘Make in India’.

*For more details on the SSI practice in RVEC, contact Santosh Kumar: gowdasantosh@gmail.com who spent six years working closely on the ground to fine-tune this system of cultivation

Radha Gopalan has a doctoral degree in environmental science and engineering from IIT Powai. After a career in consulting for over 17 years, she is now an educator and member of the Food Sovereignty Alliance, India.