Are the New Agriculture Ordinances an Extension of the WTO's Agenda?

What the country needs is not an insurance model advocated by WTO, but a state-supported scheme that ensures income for damaged crops during a drought, flood or a cyclone. 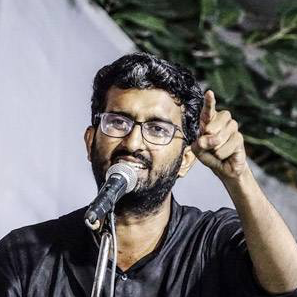 Images are powerful and when they speak, words take a back seat.

Farmers, especially from North India, recently staged a tractor march in Ludhiana to express their anger against rising fuel prices and the three ordinances introduced by the Central government, namely The Farmers’ Produce Trade and Commerce (Promotion and Facilitation) Ordinance, 2020, The Farmers (Empowerment and Protection) Agreement on Price Assurance and Farm Services Ordinance, 2020 and The Essential Commodities (Amendment) Ordinance, 2020.

At the same time, Prime Minister Narendra Modi was speaking at the Ideas Summit, on ‘Building a Better Future’, organised by US-India Business Council (USIBC), inviting American companies to come and invest in ‘Atmanirbhar Bharat’. The prime minister said the agricultural reforms undertaken by the government would facilitate ease of business and announced that the food processing industry “is expected to be worth over half a trillion dollars by 2025”.

These contrasting images of the tractor protest and the PM inviting American companies to come and invest in India after promulgating the ordinances tell a tale. A tale of power and its consequences. The government’s power as a determinant of policy, which acts both internationally and in domestic circles, trickling down into individual farmer’s lives.

What is this power in the context of the agricultural reforms? How is it linked internationally and what will be the consequences for Indian farmers and the agriculture sector? Going by the Modi government’s argument, all three ordinances are going to empower farmers and bring prosperity to the agriculture sector. Nevertheless, farmers and farmers’ organisations are criticising the government for making way for the removal of essential protective frameworks of Minimum Support Price (MSP), Agriculture Produce Market Committee (APMC) and other safety nets.

Are these concerns valid? A reading of the ordinances, especially the  Trade and Commerce (Promotion and Facilitation) Ordinance, clearly marks a shift from APMC. Clause 6 of the ordinance frees traders from paying any “market fee, cess or levy” for procuring the produce outside the APMC, which in other words is an “incentive” for traders to procure outside the APMC. Many might argue that the APMC is riddled with corruption.

Also read: The Fine Print of the Essential Commodities Act Ordinance Must be Carefully Parsed

However, incentivising traders and companies to procure outside the APMC does change the power relation as it reduces the farmers collective ability to bargain. While there is no question that the APMC markets and their laws are in need of reform, its role in ensuring that farmers can avail an MSP cannot be overlooked. While the new ordinances allow leeway to farmers of Uttar Pradesh to sell their produce in Tamil Nadu if they get a better remuneration price, it does not take into consideration the practical restraints to such a shift.

In the Farm Census 2015-16, nearly 86.2% of small and medium-scale farmers owned less than 2 hectares of land. Considering the scale on which small and medium farmers produce, is it feasible for them to sell their produce outside their mandal or district where the APMC market yard is present without a legal guarantee of MSP?

While only 6% of total farmers are covered under the MSP and the remaining 94% are already covered by the market mechanisms, the MSP regime does cushion farmers and acts as a benchmark rate for farmers to negotiate with respect to. Reforms, therefore, should be an attempt towards widening the reach of the MSP and legalising it rather than eliminating policies or making them redundant, which has also been an important demand in most farmers’ protests over the years.

File Photo: A vendor loads tomatoes in a bag for a customer at a wholesale vegetable market in Mumbai, India, March 14, 2018. Photo: Reuters/Danish Siddiqui

How then did the Modi government venture into this reform agenda in the midst of a pandemic? The answers might lie in India’s negotiations at the World Trade Organisation (WTO) for the Agreement on Agriculture (AoA). The AoA which came into inception with the Uruguay round wanting free trade in agriculture without any barriers, the WTO saw state support i.e. subsidies in agriculture as a hindrance to integrate agriculture into the free market economy.

These subsidies became “trade distorting” and became a bone of contention between the developing and the developed nations. The latter accused the former of heavily subsidising their farmers through price supports (MSPs), tariff regulations on exports and imports and protectionist policies.

The subsidy regime is divided into three boxes Red, Amber, and Green depending on the degree of subsidy being provided. In AoA red box is prohibited but includes Amber which limits the subsidies like support prices, or subsidies directly related to production quantities up to 5% for developed nations and 10% for developing ones. It means a country like India cannot provide price support for farmers in the form of MSP and other subsidies cumulating to more than 10%. If any breach happens, it’s a violation. This was precisely what happened with the India Food Security Act which brewed a storm at the WTO and India had to negotiate hard to procure food grains for its own citizens to assure them food security with a temporary peace clause at Bali.

Also read: Some Key Questions That Need to Be Answered About the Three Agriculture Ordinances

The twist here comes with the Green box which also comes under AoA, dealing with direct support to farmers in terms of direct support to producers, income support, insurance schemes and other non-product specific and decoupled policies. Majority of developed countries’ subsidies or assistance to their farmers fall under this box which has no limitations on spending. For example, the recent paper published by Centre for WTO Studies at Indian Institute of Foreign Trade shows that the US roughly spends USD 61,286 per farmer and the European Union a sum of USD 8588 according to the 2019 data.

This is a carefully planned gradation of subsidies and farmer support that limits developing nations support while giving the developed nations a free hand. India spends USD 282 with most of this spending coming from the Amber box which has a limitation on spending. Developed countries have been long arguing developed countries like India to further reduce their subsidy bill from the Amber box and shift to subsidies of Green box. However, this is out of the question for nations like India with tight budgets compared to the deep pockets the developed countries enjoy.

Making MSPs redundant through the latest ordinances show how India is playing to the developed nations gallery. Moreover, by allowing contract farming in India through these ordinances brings under questions the intention of the government in a nation where more than 86% of the farming community owns less than two hectares of land. The policy of contract farming shifts the power balance away from the farmer to the company. It will push the farmer as a land-owning tenant to the interest of the corporates. The assurance of Sub Divisional Magistrate being the dispute authority to decide on matters of contention between farmer and the company seems to take the Indian agriculture sector back to the zamindari system.

Similarly, the changes in the Essential Commodities Act with virtually freeing many of the items from the list only strengthens the suspicion on the government’s true intention to be acting in favour of the corporate and further marginalising the consumer and the producer. While it neither benefits the consumer or the producer, it gives the private player the legal right to hoard and take advantage of high prices. The extension of invitation by PM Modi to US companies to come and invest in India immediately after declaring the ordinances has raised a few eyebrows.

At a time when the world is debating over how to deal with the impacts of climate change on agriculture and countries are contesting policy measures, there have been growing calls from farmers’ advocacy groups and non-governmental organisations to revamp the trade regime of the WTO to coordinate it with mitigation and adaptation policies to tackle climate change.

Now, when India is witnessing twin problems of drought and floods simultaneously, the need of the hour is to have laws that protect farmers’ income. What is needed is a drought, flood and cyclone protection law for farmers to ensure income for damaged crops, not with an insurance model advocated by WTO but a state-supported scheme. We have seen how the AoA promoted insurance scheme turned out to be cash juggler for the insurance companies and loss for the government and farmer with claim rates and claim amounts being low.

The power balance hence is not with the farmer but with the MNCs that are calling the shots through the WTO, the World Bank and governments. The ordinances promulgated by the Modi government reflect a growing partnership with this corporate power and not actions taken in favour of farmers. India cannot become ‘Atmanirbhar’ by selling our farmers interests to the corporates.

N. Sai Balaji is a research scholar at the Centre for International Politics, Organisation and Disarmament (CIPOD).