By taxing the incomes of the top 4.1% of total agricultural households, as much as Rs. 25,000 crore could be collected as agriculture income tax. 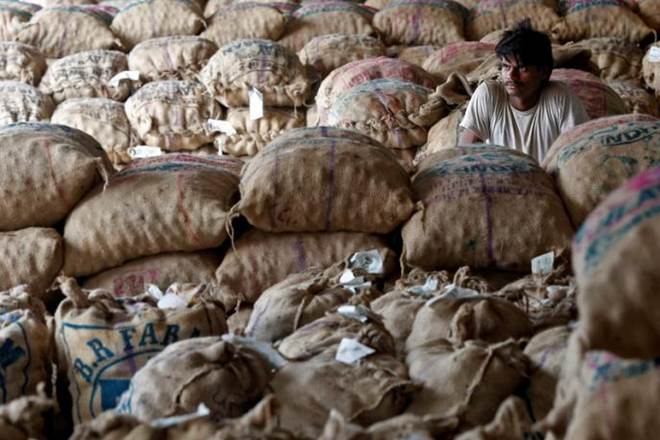 Agricultural income has, for too long, acted as a safe haven for black money. Credit: Reuters

For a tax reformer, it is heartening to see that issue of agriculture income taxation finally being discussed. Of course, those raising the issue at the moment are the Niti Aayog and chief economic adviser Arvind Subramanian and we are currently unaware of the extent of their influence on policy-making in the Modi government.

The finance minister has, of course, issued a swift denial, but still, its mere mention in mainstream discourse is a crucial development. The taxation of agriculture income has been an issue considered strictly off-limits when it comes to Indian tax policy.

One of the reasons why states may have been reluctant to tax agriculture incomes is they did not wish to antagonise the vote bank of agriculturists. Moreover, India’s state legislatures have typically been populated by land owners who have been loath to impose a tax on themselves. Another reason is that agriculture has typically been one of the hard-to-tax sectors, along with small businesses and services. In India in particular, agriculture is even harder to tax as it is based largely on cash transactions which are hard to track and trace. Cash transactions not routed through the banking system are difficult to verify and be used for assessment of agricultural incomes. Books of accounts are not maintained except in the plantation sector.

The reality is, in India the agriculture sector is hugely unequal, both in terms of land holdings and incomes.  As per the latest National Sample Survey, 70th round, the landholding pattern of agricultural households reveals that the vast majority – almost 70% – have marginal holdings of below 1 hectare, and a very small percentage – only 0.4% – hold significant lands of over 10 hectares. Even the proportion of agricultural households holding a decent sized plot of land which could yield a sufficient amount of income for a household, i.e., between 4 and 10 hectares is very small.

One factor not discussed much in the public discourse is the fact that it is not just individuals who benefit from the tax exemption of agricultural income. There are a large number of companies, including large multinational companies, who also benefit from this exemption.  The top ten companies which claimed exemptions for their agricultural incomes in the year 2013-14 were the following.

According to data put out by the income tax department, reported in the Times of India, in the nine-year period from financial year 2006-07 up to 2014-15, 2,746 income tax cases declared Rs. 1 crore (10 million) plus agricultural incomes. Agricultural income declared by taxpayers, in returns filed up to November 28, 2014, for exemption in the 2014-15 assessment year, stood at Rs. 9,338 crore (Rs 93.38 billion).  So, the exemption for agricultural incomes ends up benefiting medium and large farmers and agricultural companies, which was surely not the intended outcome. The fact is, the small and marginal farmers – and that is the vast majority, based on NSS figures – are simply eking out subsistence livings, and their incomes are in any case far below the minimum threshold limit of Rs. 250,000 of personal income taxation to ever be taxable.

The agriculture sector has long acted as a tax shelter. Taxpayers wishing to convert black money into white money show ownership of ancestral property in villages. They are able to obtain fictitious receipts from traders of agricultural commodities as evidence that they have produced and sold agricultural produce.

One infamous case of artificially boosting agricultural income was that of a prominent politician who owns apple orchards in Shimla. Until 2009, the orchards yielded annual profits of Rs 10 lakh to Rs 20 lakh. But in 2012, he filed revised income tax returns showing earnings of Rs 6.5 crore from the orchards over a period of three years. The investigation by the income tax department found the apples were shipped on scooters, oil tankers and motorcycles to a non-functional mandi where they were sold to unknown firms with non-existent addresses. In effect, the bumper harvest of apples was a fabrication, and that unaccounted income from other sources was passed off as agricultural income.

So, just by bringing to tax the incomes of the top 4.1% of total agricultural households, at an average tax of 30%, as much as Rs. 25,000 crore could be collected as agriculture income tax.  The amount that would be brought to tax as a result of plugging the tax loophole, would be in addition to this direct revenue.