Why Potato Farmers in Agra Are Demanding a Vodka Distillery

Agra is the largest producer of potatoes in all of North India. But farmers are finding it difficult to grow and sell the vegetable. 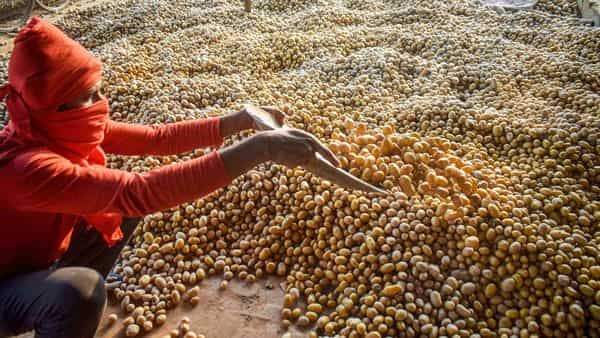 Agra, UP: There are several issues plaguing Agra’s potato cultivators – and farmers say that setting up a vodka distillery can solve many of them.

A vodka manufacturing plant will not only generate employment in the rural belts of Agra but also ensure that damaged potato produce gets utilised, they say. Some vodkas are made by distilling fermented potatoes.

A large portion of residents in six out of the nine assembly constituencies in the district are directly engaged in farming. These include Agra rural, Fatehpur Sikri, Kheragarh, Bah, Fatehabad and Etmadpur.

Because of the sandy soil, only a few crops can be grown here, such as potato, cabbage and melons.

With roughly 14 lakh tonnes of annual potato production, Agra is the largest producer of the vegetable in all of North India.

The welfare of potato farmers has emerged as an election issue in Agra’s rural belt. Akhilesh Yadav’s promise to set up a vodka plant during his recent campaign in the district points to the popularity of the demand among farmers.

Farmers say that this will help all stakeholders – especially small farmers, who will be able to sell their produce at the same rate as those who have better resources and use fertilisers.

While the big farmers produce potatoes worth lakhs, small and marginal farmers (those who own less than 2 hectares of land) are forced to look for other opportunities such as manual labour to support their income. Another demand of the farmers is to lower their input costs.

Rajveer Lawania, president of the Agra unit of the Bharatiya Kisan Union (BKU), says that the input costs are much higher than the profits earned by farmers. Input costs include the cost of seeds, fertilisers, electricity and diesel.

He says farmers want lower rates of electricity, more government investment and a subsidy on fuel.

In addition, farmers also complain that the quality of seeds they receive is not at par with other states like Punjab.

Another problem has surfaced due to the COVID-19 pandemic. With many schools remaining closed due to the pandemic, farmers say that demand has also reduced because the mid-day meals scheme has been paused in many parts of the country.

Even the prices of sacks that are used to store potatoes have doubled in recent times, the farmer leader says.

“Before 2014, the rate of one sack used to be Rs 17. Now it is Rs 37,” Lawania said. Lakhs of sacks are used to store the produce in cold storages by farmers. Each sack holds about 50 kgs of potatoes. 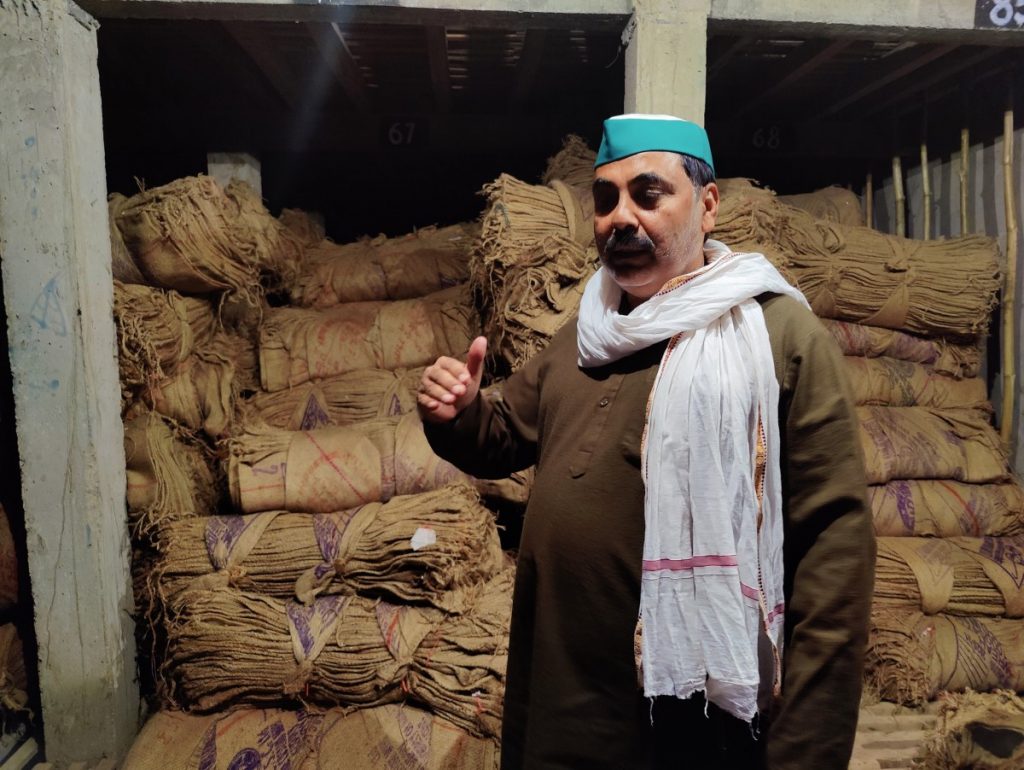 Lawania said that small farmers who cannot afford fertilisers should be given technical training to make their own nutrients.

He added that because potato is a perishable vegetable and a cash crop, setting a minimum support price (MSP) is not possible.

In Potato farming, cool temperature is of utmost importance for good produce. They also need to be stored in a cool place. Therefore, farmers store their produce in cold storages – for which they have to fork out additional fees, often to private entities.

“The government doesn’t have enough storage units to store the amount of produce,” Lawania said. 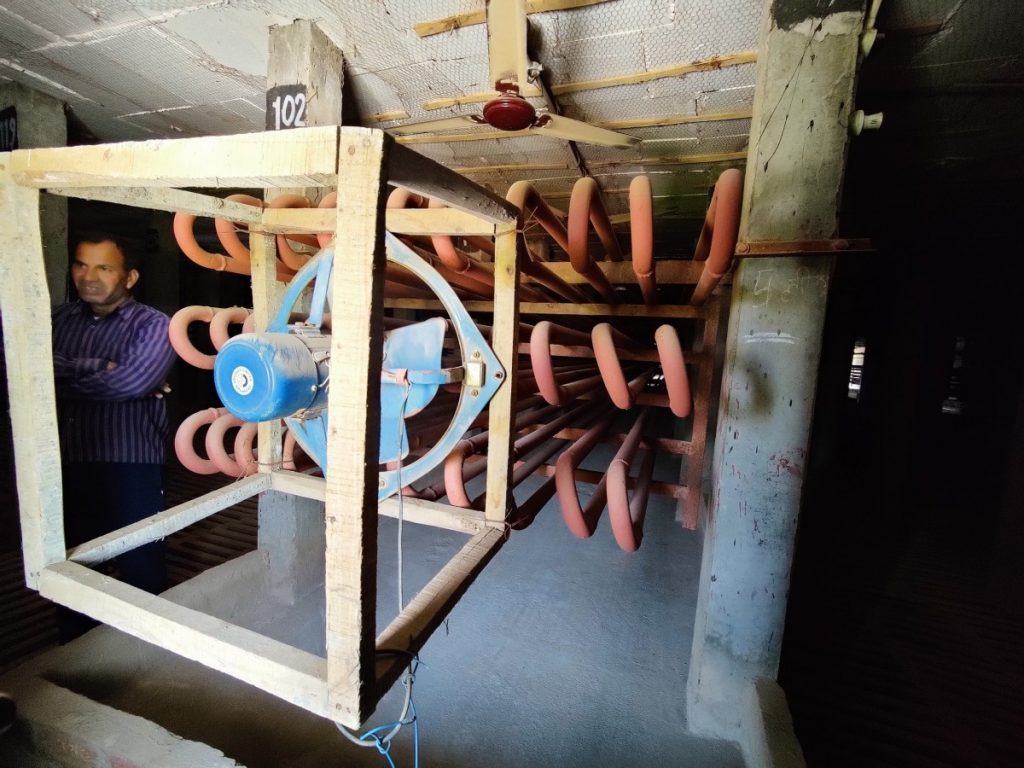 These pipes contain ammonia to keep the temperature cool. The gas can be dangerous if it leaks. Photo: Ismat Ara/The Wire

While the farmers say the storage owners overcharge them, the owners say they are also facing high expenses. The cost of electricity to maintain the cool temperatures leaves them with no option but to charge high fees, they say.

Ravinder Singh Rana, the owner of a large cold storage that can store potatoes worth crores of rupees, says that he pays industrial electricity rates. This is at least three times more than the subsidised electricity rate that is provided to farmers, he says.

“We are an integral part of the potato production cycle. We should also get electricity at subsidised rates,” Rana said. He said he also has to account for labour charges and maintenance of machinery and flooring, both of which, he said, are expensive.

Lawania rejects these claims, saying that the storage unit owners like Rana hardly incur a cost of Rs 50-80 per sack but charge Rs 230 per sack from farmers. 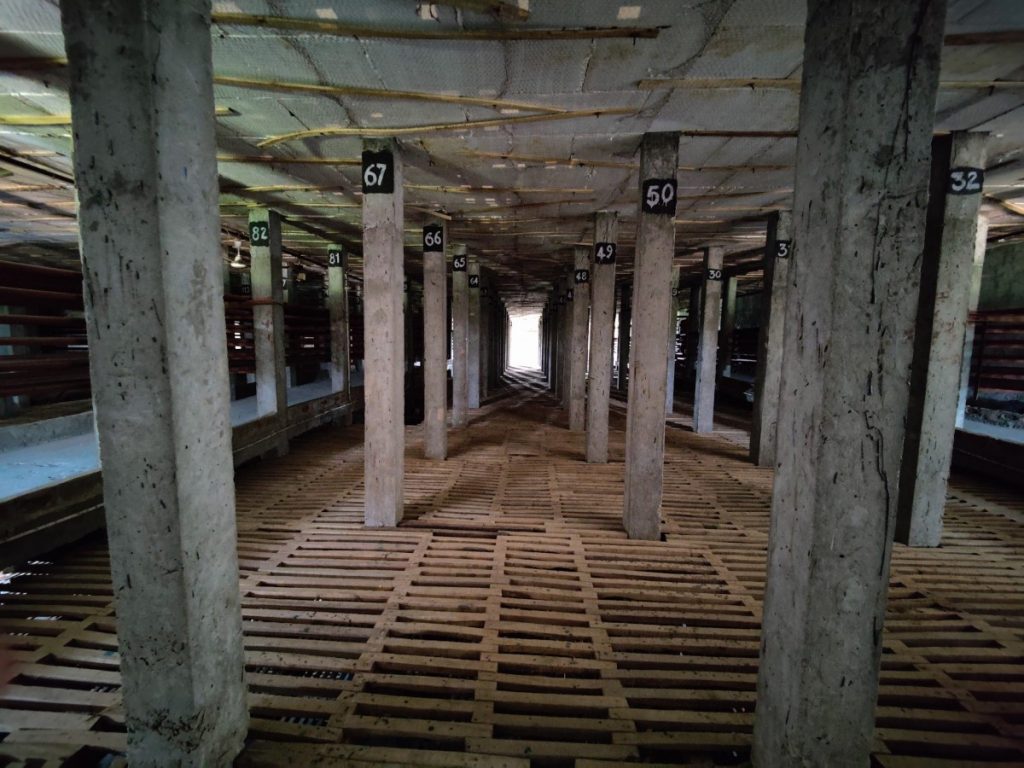 Pushpendra Jain is the general secretary of Aloo Kisan Vikas Samiti (AKVS), an organisation that raises farm issues. He says that climate change has changed the potato crop cycle.

“Earlier, October was the right time to sow seeds because the cold weather would begin. But now, it is quite hot in that month. But the government still gives seeds at the same time, and they go waste,” he said.

October is also the time when cabbage is harvested. The farmers demand that the potato sowing process should only start in December, when the temperature is cool enough for the crop to survive.

Jain said that the Central Potato Research Institute (CPRI) should engage with farmers on a local level and give them representation. He said potato farmers in the whole belt of Agra and Aligarh do not have any representatives in influential positions.

“Even the farmers’ protest against the three farm laws did not take into account the suffering of potato farmers,” he said.

Vodka plant, a way out?

BKU’s Rajveer says that the demand for a vodka manufacturing plant in the region has been a long-standing one. “We have been demanding a vodka plant from Mayawati, Akhilesh as well as Yogi. Nothing has happened,” Jain said.

The farmers say that the Yogi Adityanath government has not done enough to encourage big industrialists to invest in such set-ups. They also accuse the Union government of not promoting exports. Less than 1% of the total potato produce is exported to countries like Pakistan, UAE, Dubai and Nepal.

Other processing units – for potato-based products like chips and papad – are also needed to provide more avenues, the farmers say.