Ashok Gulati, Chair Professor for agriculture at ICREAR, tell The Wire why this budget is insignificant for reducing farmers’ distress, in spite of all the talk. 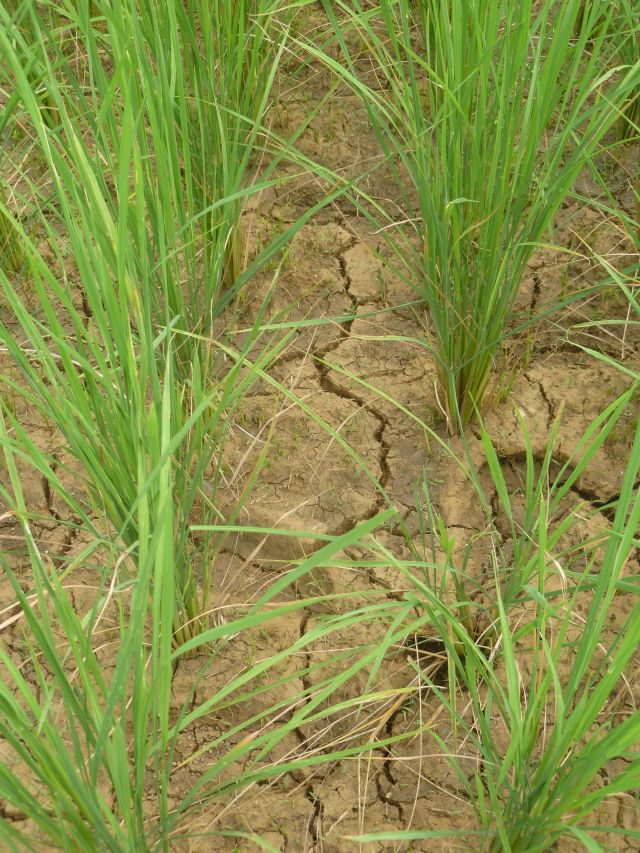 The field is dry when it should be flooded at this stage. Credit: George Varghese The strategy behind the initiative to double the income of farmers over the next five years needs to be spelled out says Gulati. Credit: SmartIndianAgriculture

This year’s Union Budget markets itself as a pro-poor and pro-farmer budget. To take a closer and harder look at this, The Wire spoke to Ashok Gulati, chair professor for agriculture at ICRIER. Gulati tells The Wire why this budget is insignificant for reducing farmers’ distress, in spite of all the talk. Edited excerpts from the interview follow:

How much is the actual increase in the total allocation to agriculture in the 2016-17 budget?

The revised budget of last year for the Ministry of Agriculture and Farmers’ Welfare was about Rs 16,000 crore. This year they have budgeted about Rs 36,000 crore. So if you look at that, it appears as though there is a 127% increase, and therefore everybody jumps to the conclusion that it is wonderful. But then you look into the details, the Rs 15,000 crore interest subsidy on short-term credit is actually a transfer (which was Rs 13,000 crore earlier) from the Department of Financial Services. It is not really an addition at all. So the increase is actually very limited. Also, last year the budgeted amount was higher than the actual spending, so we don’t know how much will be spent.

Another focus in the speech was on irrigation, through the Pradhan Mantri Krishi Sinchai Yojana. The budget for it this year is Rs 7,300 crore, while last year’s revised budget slated Rs 7,500 crore for it. So this is not an increase but a decline. The allocation for rural roads, under the Pradhan Mantri Grameen Sadak Yojana has seen a clear step up, from Rs 15,000 crore to Rs 19,000 crore. Fertiliser subsidy last year was Rs 73,000 crore and this year it is Rs 70,000. So another marginal decline there. NABARD will have a corpus of Rs 20,000 crore out which Rs 8,000-9,000 crore will have to be raised by borrowing from the market through bonds, etc. Crop insurance is a new allocation, given Rs 5,500 crore.

I would say that the moment you adjust for the inter-ministry transfer, the increase is very nominal. Yes, there are some increases and new allocations but they are definitely not as big as they are being made out to be. I doubt that these small increases will be enough to address rural distress. In nominal terms, it seems like it is a big increase over the last five years, but it has to be seen in relative terms, as a percentage of GDP for instance. In that sense, no structural change has taken place. It is a very marginal percentage point change, it’s not a game changer.

The actual allocation to the Department of Agriculture, Cooperation and Farmers’ Welfare has gone from about Rs 16,000 crore to about Rs 20,000 crore. That’s a Rs 4,000 crore increase compared to last year’s revised estimate. This is peanuts, it really doesn’t mean anything. The agrarian crisis is much deeper than that, farmers’ distress is very acute. But people in Delhi don’t care as long as food is available and prices don’t shoot up. They feel that everything in the country is fine.

You mentioned the new allocation for the crop insurance scheme. China has a similar scheme, covering a large section of farmers. How long do you think it would take to put in place adequate infrastructure for this?

The prime minister has said that 50% of Indian farmers will have access to crop insurance within two years. These means about 100 million hectares need to be covered in two years, since our total cropped area is about 195 hectares. If they achieve this, I will climb a tree and salute them. Even if they do it in 4-5 years, I will be more than happy. But if for 10 years nothing is done then it’s only a slogan, nothing more.

The most critical thing in such a scheme is how quickly and accurately you can measure and assess the crop damage. At present a team goes, some crop cutting experiment is done, organised by a patwari who is corrupt and will do it only when you pay him. How much is being measured and how it is being done, nobody really knows. You need to put a number of things in place. What we had suggested was to first have 4-5 automatic weather stations for every block. Then you need to have drones to supplement that information, see where the damage has happened. Then you need to have Low Earth Orbits (LEOs), China put 100 into orbit in 2014. You also have to put your satellites to use. So there is a multi-layer high-tech system that will allow you to get rid of the patwari system. But this infrastructure is not in place. What they are thinking is, ‘When the patwari is doing crop cutting, there will have to be a video recording. Farmers can upload pictures of their fields whenever they feel like on the server’. I don’t know if that is going to succeed, though we are keeping out fingers crossed.

A very perseverant role is required from the ministry of agriculture to do this, and I doubt whether the calibre and the will for that exists. It is only talk so far, you need much more to implement this in a robust manner. If the intention is really there and the PM pushes for it, it can all be done in 6 months! But if you continue to linger and classify calculators as high technology, that’s not going to serve any purpose. The next drought will tell us how prepared they are.

The finance minister said that farmers’ incomes will be doubled in the next five years. What does this entail, and how do you think they are planning to achieve it?

Doubled from what level? Last years level, which is already the second drought and farmers’ incomes have crashed? Or the last year of the UPA? And is he talking in terms of nominal or real income? In nominal terms everything goes up in five years, everybody’s income doubles in about 7 years anyway, it’s the impact of inflation. What do they have to do in this? Everything adjusts on its own in that amount of time.

But if they mean it in real terms, and are able pull it off in 5-7 years, I will be impressed. For that they need to get a strategy in place, what is their strategy? The way they have phrased it now is only lip services, only wishes. For many crops at the moment, the cost of production is higher than the MSP. Is that what the MSP is supposed to be doing?

Two things would be needed if they actually want to increase farmers’ incomes. First would be a big infusion of technology. Better seeds, but more importantly better irrigation facilities. Rs 5,000-10,000 crores for irrigation is not going to solve any problems. You need to put in Rs 40,000-50,000 crores every year for five years. Only then can you tap the potential of this country’s agriculture. Once irrigation is in place, it is also easier for farmers to adopt better seeds and fertilisers. It is not possible to control productivity without water, and wherever irrigation goes, productivity goes up by 70 to 80%.

Second is that you need to give farmers remunerative prices. One part of that is the MSP, which needs to be increased substantially to be made remunerative. The other part is giving Indian farmers access to the best markets, whether that is foreign or domestic. The mess in domestic markets needs to be cleaned up. At present, you go to Azadpur Mandi in Delhi or Vashi Market in Mumbai, and you see that a commission agent takes an 8% commission for a five minute auction! These are the official rates, unofficial auction agents charge around 14-15%. There is hardly any profit left for the farmer after all that, in spite of all the hard work. Organised retailers should be able to buy directly from farmers, so that you compress the value chain.

Also, markets should be opened up for all commodities. If they can get a better price outside, why shouldn’t they? Protecting the poor from high prices shouldn’t be the farmers’ responsibility, that is up to the government. In the effort to protect the poor, you are impoverishing the farmer. These are the steps that are needed if the government is serious about increasing farmers’ incomes.