The group, comprising around 40 economists from across the world, has raised questions about the 'Centre's intentions and the integrity of the process involved' due to the hasty passage of the laws amid a pandemic. 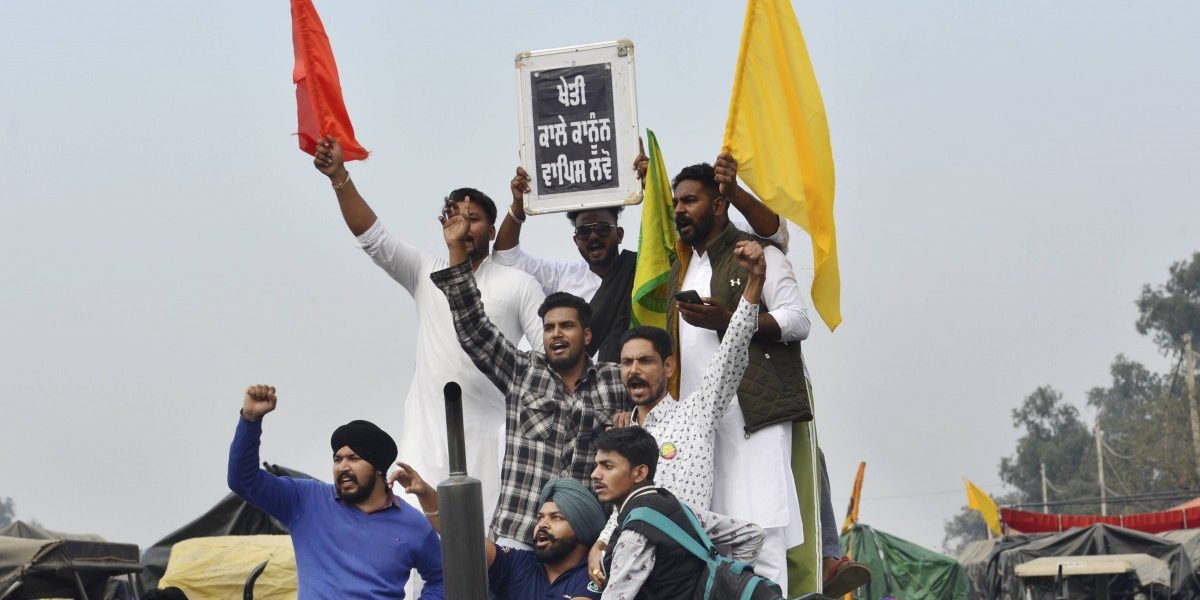 New Delhi: An academic research group, comprising around 40 economists from across the world, has written a letter to agriculture minister Narendra Singh Tomar, requesting him to repeal the three farm laws which brought India’s farmers to the streets.

The group raised questions about “the intentions of the central government and the integrity of the process involved” as the Farm Acts were were hastily passed by the government, amid a pandemic. It also requested the Centre to conduct proper negotiations with various farming groups from different regions about the farming issues in India.

Below is the full text of the letter.

Re: Request to repeal the recent Farm Acts.

As economists who have a deep engagement with India (we are a group of around 40 economists from across the world who work on the Indian economy), and who desire a fair distribution of income and wealth in the country, we are seriously concerned about the recent Farm Acts that have led to sustained protests by farmers. While small and marginal farmers in India need remunerative prices and better market access for their farm output, it is not at all clear that the Farm Acts proposed by the central government will ensure that.

Moreover, the timing of the present Acts (in the midst of a pandemic) and the way they have been rushed through the parliament, raise serious questions about the intentions of the central government and the integrity of the process involved. As several economists have argued, there are major problems with these Acts:

Instead of strengthening this regulation to protect vulnerable groups, the current Acts seek to weaken existing institutions by promoting a ‘dual system’ of regulated and unregulated markets that can only further strengthen private contractors, market intermediaries and large corporate bodies, while bypassing APMCs and increasing the vulnerability of the small and marginal farmers.

The power of the Indian private corporate sector has grown substantially over the past three decades. The ability and willingness of successive Indian governments to regulate and rein in this sector have been limited – this has been starkly exposed by some high-profile cases of fraud. Given this, the promotion of contract farming, agribusinesses and the corporate sector in agriculture through these Acts is likely to reduce the autonomy and bargaining power of small and marginal farmers and thereby hurt them. This would also worsen the already high rural-urban disparities and overall inequality.

(b) Any robust democracy addresses the needs of various communities from the bottom-up and relies on the presence of properly functioning checks and balances and a division of labour among various political units. The framers of India’s Constitution were well aware of this and gave states as well as the central government various rights and responsibilities. Given this background, agriculture is handled differently by each state based on the needs of the local populations, although there are commonalities across states.

These Acts seek to undermine the relative autonomy of states in the formulation of policy and institutional responses. Moreover, there is a visible erosion of the rights of minority religious groups and Dalits over the last five to six years in India. These Acts have further contributed to a feeling of alienation on the part of particular regions and religious groups (e.g., Sikhs in Punjab), although (as media reports indicate) farmers from several regions have been involved in protests.

In a multicultural and multi-regional Indian nation, central government agricultural policy should accommodate the needs and demands of people from different regions and communities and make indicative policies accordingly (i.e., not impose a one-size-fits-all policy prescription).

We, therefore, urge the central government to first repeal these Acts and then conduct proper negotiations with various farming groups from different regions of India about the way forward. There are several experts on the ground that have dealt with farming issues (production, marketing, credit, remunerative prices, ecological issues etc.) and they also need to be brought to the discussion table also before further steps are undertaken.

Indian Economists for Equality (An academic research group interested in a fair distribution of income and wealth in India).