Born in 1993, La Via Campesina has been developing and promoting the vision of food sovereignty as an alternative to the dominant capitalist relations of production, particularly in agriculture. 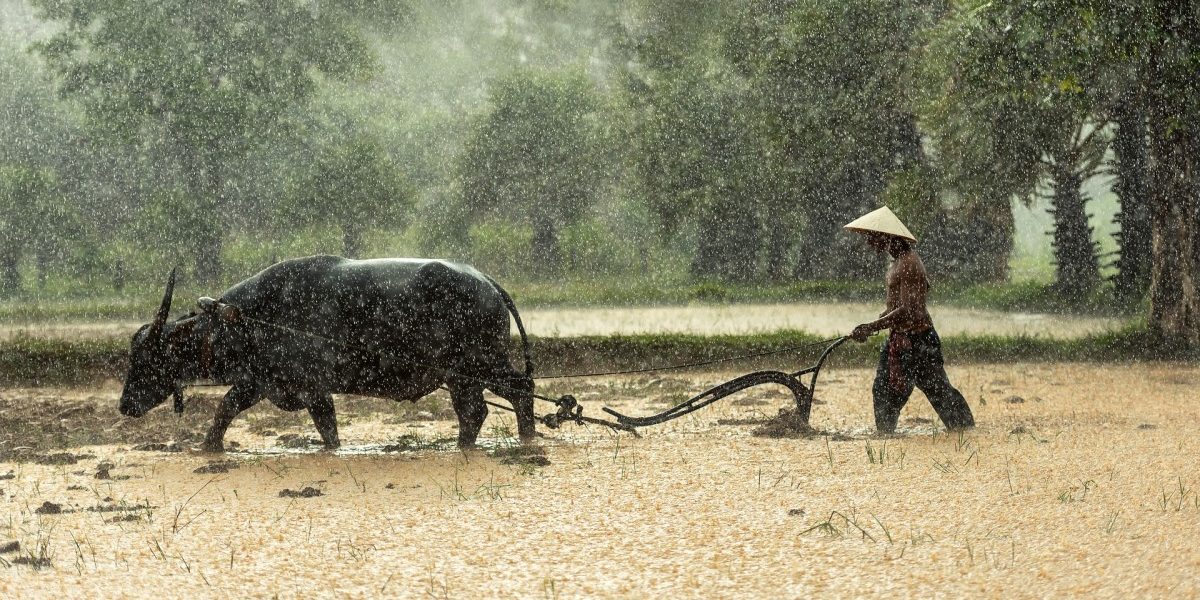 Every year, on April 17, La Via Campesina (“the peasant way”), an international organisation dedicated to supporting farmers, peasants and landless workers engaged in agrarian struggles, celebrates the International Day of Peasant’s Struggle. This commemorates the massacre of the landless peasants agitating for comprehensive agrarian reform in Eldorado dos Carajás, Brazil in 1996. During the protest, the Brazilian military police in the Amazonian State of Pará attacked members of the Landless Workers Movement (MST) blockading a highway, killing 19 and injuring hundreds of peasants.

This year La Via Campesina remembers agrarian struggles all over the world during the COVID-19 pandemic, which has highlighted the issues of food deprivation, hunger and agrarian practices all over the world. Indian farmers’ protests against the farming laws brought in last year by the current BJP government (restructuring agriculture marketing and agrarian relations in favour of agro-business corporations and greater central control over agriculture) have drawn the attention of the whole world to the position of agriculture in the global economy and the living conditions of farming communities.

The unprecedented mobilisation of farmers and farm workers by the farming unions to demand the repeal of the three farming laws have not only energised different components of wider Indian society – workers employed in industry and services, women’s organisations, pro-democracy activists, human rights campaigners, artists and academic professionals seeking freedom and autonomy. The movement has acquired international significance due to the resemblance of the issues raised in India to those found in other countries, especially in the developing world where agriculture still plays an important role in sustaining livelihoods and ensuring food sovereignty.

The statement issued by La Via Campesina contextualises the commemoration:

“This April 17th, our international Day of Peasants’ Struggle, is a moment to reflect on our vision of food sovereignty and strengthen further our solidarity against the increased criminalization of our struggles, and killing of peasants, indigenous peoples, and those fighting for the rights of their communities, for dignity and equity globally. As we join our hands for solidarity demanding full respect for our rights and the end of impunity, criminalization, and killing, we are alert to the current difficult social and economic context facing many peasants and peoples globally.”

Born in 1993, La Via Campesina has been developing and promoting the vision of food sovereignty as an alternative to the dominant capitalist relations of production, particularly in agriculture. It has aimed to show that the agricultural economy and food sectors are not isolated, but linked deeply with the environmental, economic, democratic and health crises that culminated in the COVID-19 pandemic. In contrast with the neoliberal restructuring of food and health into globally integrated businesses, the perspective of La Via Campesina highlights the need for public health systems, food sovereignty, peasant agroecology and strengthened localised food systems to fight against hunger and to cool the planet, preserve biodiversity, and respect peasants’ and workers’ rights.

La Via Campesina’s work over the last 28 years in campaigning and building alliances has led to significant UN initiatives such as the appointment of a UN Special Rapporteur for the right to food, the establishment of the Committee on World Food Security (CFS)and the Civil Society and Indigenous Peoples’ Mechanism (CSM) processes, as well as the UN declaration of the Rights of Peasants and Other People Working in Rural Areas (UNDROP). This last one is particularly significant for the worldwide promotion of urgently needed agrarian reform programmes. UNDROP advocates public policies, and not neoliberal market-oriented policies, that countries should implement in their respective territories to ensure decent living and working conditions in rural areas.

La Via Campesina has opposed the hijacking of the UN Food System Summit by the World Economic Forum, the main economic platform of business elites and their political allies. It has campaigned – in opposition to neoliberal attempts to capture the global food agenda – that the solution to the global challenges of food deprivation and health crises lies in the active participation of farmers and farm workers in shaping public policies on food, health and other related topics. The framing and implementation of such policies requires farmers, peasants and workers to organise against transnational health corporations, agro-business and large landowners.

Public policy proposals aimed at ensuring food sovereignty at all levels require control of the national productive capacity in particular by peasant and family farmers, through public sector budgets, guaranteed prices, credits, and other forms of support – including support for direct marketing between producers and consumers, and genuine land reform.  In contrast to the flawed marketing reform initiated by the current BJP government, aimed at strengthening agro-business, such a comprehensive agrarian reform programme would require the strengthening of public institutions of research and technical assistance to small and marginal family farms which constitute 86% of India’s farming households.

In the context of the COVID-19 pandemic, La Via Campesina has campaigned for the right to public and free health care for all peoples as defined in Article 23 of the United Nations Declaration on the Rights of Peasants (UNDROP), including disease prevention, vaccination, and long-term treatment. It has opposed the patenting of vaccines as this leads to control and profiteering by large transnational corporations and the commodification of life. The campaign requires that all members of society must have access to information and be able to evaluate the treatments offered. An essential component of sustainable health care is provision of a healthy, sustainable diet that strengthens the immune system which further requires a food system that focuses on the well-being of people and the environment, and not on the requirements of agro-businesses.