Venezuela's opposition is calling for a national protest against a "fraudulent" election, the first major mobilisation since last year's wave of street protests. 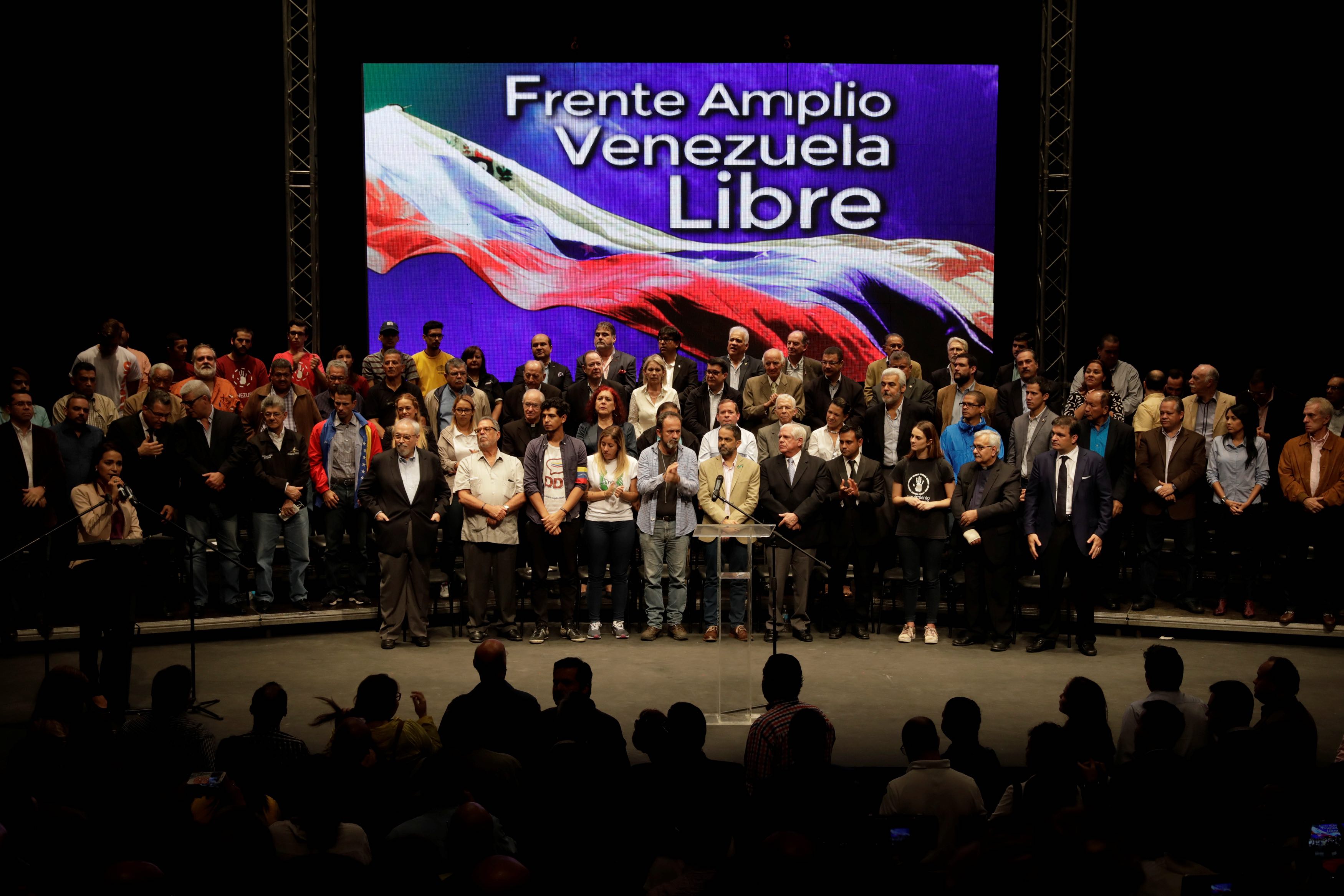 Caracas: Venezuela‘s opposition is calling for a national protest later this month against a “fraudulent” election it says is stacked in favour of President Nicolas Maduro, the first major mobilisation since last year’s wave of street protests.

A recently-formed umbrella group called the Broad Front For A Free Venezuela, which includes opposition parties as well as students, union activists and university professors, called for the March 17 demonstration at a Thursday gathering.

The country’s main opposition parties, which are boycotting the May 20 vote, stopped calling protests last year after four months of street clashes with security forces left more than 120 people dead but failed to force Maduro’s resignation.

“We announce the protest against fraud for March 17,” said Victor Marquez, president of the Association of University Professors, one of the organisations in the umbrella group. He called the May 20 vote an effort to “prevent the change of president and the socio-political model that causes misery.”

Most opposition parties are boycotting the election on the grounds that it does not provide conditions for a fair vote.

They note that the two most popular opposition leaders are barred from holding public office, various parties have been outlawed and the election board has consistently favored the ruling Socialist Party.

However, former opposition governor Henri Falcon is running in defiance of the boycott, spurring criticism that he is a Trojan horse for Maduro. Falcon insists he will win and denies that he is colluding with the government.

Venezuela is suffering an unprecedented crisis as its socialist economic system collapses, leading hundreds of thousands to flee the country as hyperinflation and chronic shortages leave citizens unable to eat or get medical attention.

Maduro says international media are exaggerating the situation and his country is the victim of an “economic war” led by the opposition with the support of Washington.