On the face of it, the proposal looks like a good roadmap. But it's been tried – and has failed – before. 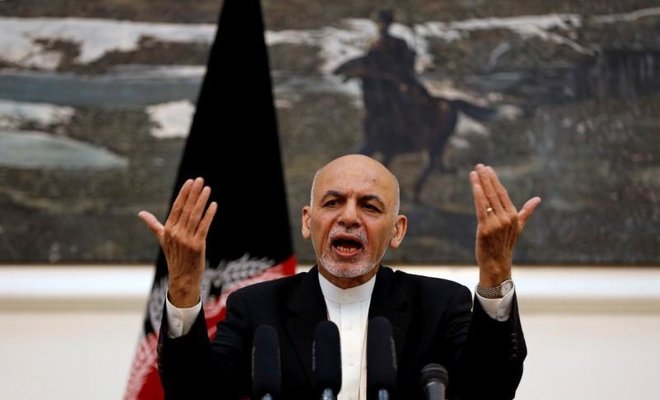 The first two months of this year were marred by a barrage of bloody terrorist attacks in Afghanistan by the Taliban and the ISIS’s Wilayah Khorasan (Khorasan province/ISIS-K). The Taliban formally claimed a perfidious attack using an ambulance as an improvised bomb and have continued to target Afghan civilians and security forces in similar attacks while announcing, last month, their desire to talk peace – but only directly with the US.

On the heels of this barbarity has come the Afghan president, Ashraf Ghani’s peace offer to the Taliban last week. While dubbed as an unprecedented peace proposal, the speech had something borrowed, something blue, something old and something new.

The nature of conflict in Afghanistan over the past 40 years has been such that any peace plan invariably ends up borrowing from the previous attempts. The belligerents have continued to be the Afghan state on one side and the Pakistan-backed Islamists ranging from extremists like the former Mujahideen to outright terrorists like the Taliban and its sword arm, the Haqqani Network (HQN).

The presence of a superpower in Afghanistan, whether the erstwhile Soviet Union or the present-day US, has only served as a lightning rod for the jihadists. Other regional spoilers like Iran and Russia add considerably to the complexity. The multiethnic composition and the historically decentralised nature of the Afghan state with its endemic governance problems provide fault lines ready for exploitation. Ghani’s speech – which he described as a ‘perspective’, saying ‘vision’ might be too grand a word – attempted to address most of these issues.

The Afghan president spoke in English, Persian and Pashto with each linguistic section of the speech directed at a particular audience. Speaking in English, Ghani outlined the historical perspective and geographical realities of his country and the region to drive home the point that Afghanistan has not always been at war. 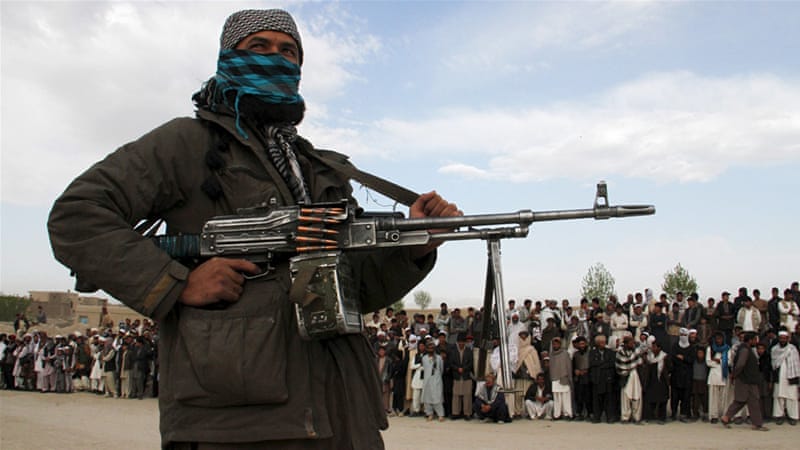 The most important part of the Afghan leader’s speech was directed at the Taliban and was delivered in Pashto. Credit: Reuters

Poignantly striking was the Afghan president recalling his travels along with his wife in the 1970s within Afghanistan to evoke the thought of peace. It reminded me of my own Kabuli aunt who would often mention the late king Zahir Shah’s era to reminisce about a peaceful Afghanistan.

The Persian part of Ghani’s speech was clearly directed at the non-Pashtun Afghans and focused on regional cooperation and economic, trade and development projects like the Turkmenistan-Afghanistan-Pakistan-India gas pipeline. The third and most important part of his speech was directed at the Taliban and was delivered in Pashto.

Ghani offered the Taliban a rather comprehensive peace scheme, without any preconditions for talks, as he put it. There were, however, built-in pre-conditions including a ceasefire, and that the Taliban accept the state, its constitution and the government as well as human rights including women’s rights. He offered passports to the Taliban, repatriation of their families, the release of Taliban prisoners, removal of their names off the UN terrorists’ blacklists and, above all, a political office for them in Kabul.

He proposed that the Taliban organise themselves as a political party and participate in the political process and elections. Ghani also suggested that the venue for the proposed parleys could be Afghanistan or any Islamic country which is not involved in the conflict, i.e. it cannot be Pakistan. He, however, mentioned openness to direct, state-to-state contact with Pakistan as a part of the peace process. A key component of Ghani’s message to the Taliban was an emphasis on women’s rights and that all consultations and even negotiations must include women in leadership.

On the face of it, the proposal looks like a good roadmap. But it’s been tried and tested – and has failed – before. Listening to Ghani, it was hard not to think of the late Afghan president Najibullah’s “National Reconciliation” programme which had essentially the same salient features. That Ghani quoted the Quran in support of his reconciliation pitch was also reminiscent of Najibullah.

Long before the Soviet withdrawal, Najibullah had proposed a comprehensive programme called “Aashti-e-Milli or Masaleha-e-Milli” or national peace and reconciliation programme. Najibullah had changed the constitution to allow for multi-party politics and an elected parliament instead of single-party rule by his Peoples Democratic Party of Afghanistan (PDPA). He called a Loya Jirga (grand assembly of elders and nobles) in November 1987, first to ratify his proposal and amend the constitution and then to incorporate Islam as the state’s grundnorm. He coopted Mohammad Hasan Sharq and then appointed Fazl-e-Haq Khaliqyar, former loyalists of President Daud Khan as prime ministers.

Najibullah declared a unilateral ceasefire and offered the defence minister’s post to his Mujahideen adversary, Ahmad Shah Massoud, and left the position vacant for several months when the latter didn’t accept it. Najibullah changed the PDPA’s name to Hizb-e-Watan (Homeland or National Party) and inked the 1988 Geneva Accord with Pakistan, leading up to the Soviet troops’ withdrawal.

More recently, the former Afghan president, Hamid Karzai, had also offered peace to the Taliban. He even expressed willingness to directly meet Gulbuddin Hekmatyar and Mullah Omar, the then ‘amir’ of the Taliban. The former president conducted first a grand peace Jirga (assembly) in 2010 and then a Loya Jirga in 2011, which endorsed talks with the Taliban. He too offered an amnesty to the Taliban, the removal of their names from terrorist blacklists and promised to provide “work, education, pensions and land to Taliban fighters who lay down their weapons”.

The Taliban rejected Karzai’s offer just as the Mujahideen had spurned Najibullah’s offer to them. In fact, the Taliban had assassinated the chief of the Afghan High Peace Council – the former president, Burhanuddin Rabbani – weeks before the 2011 Loya Jirga.

Is the outcome of Ghani’s peace overtures going to be different? I am afraid, not. While Ghani, in his speech, flaunted the successful peace deal he has cut with the insurgent leader Hekmatyar and his return to Kabul as a template for the Taliban, there are qualitative differences between the two.

Unlike the Taliban, Hekmatyar’s Hezb-e-Islami, its obnoxious and vicious creed notwithstanding, has been a political entity from its beginnings in Kabul University. It was inspired by and patterned after the Egyptian Ikhwan-ul-Muslimoon, with emphasis on both militancy and politics as well as making inroads into the intelligentsia, bureaucracy and military services of the state.

In contrast, the Taliban have remained a fighting machine with a medieval revivalist mindset that has consistently detested modern politics. At the height of Taliban power, Mullah Omar, its reclusive leader, chose to live in Kandahar rather than in the capital Kabul, where his ministers ran a horror show of a government. 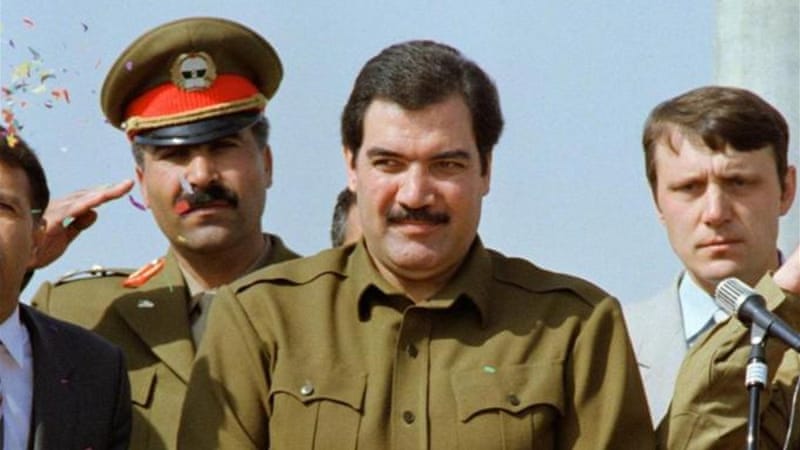 In the 17 years since its ouster from power, the Taliban have shown no inclination to morph into even a basic political outfit that can challenge the Kabul government on electoral-constitutional grounds. While Ghani invoked the Good Friday Agreement in an interview as a template for reconciling with militant outfits, the Taliban are neither the Irish Republican Army nor do they have a political wing like the Sinn Féin, which believed in a nation-state. Additionally, an ageing Hekmatyar had little battlefield leverage and had lost his Pakistani and Iranian patronage, something which the Taliban continue to enjoy.

The Taliban and their Pakistani backers have consistently used the peace talks ruse to prolong the conflict so as to wear out the US and international forces, plan and execute terror attacks, and, much more importantly, seek international political legitimacy for the insurgents.

The Pakistani foreign minister, Khawaja Muhammad Asif, was quick to use Ghani’s peace offer to declare the Taliban a “political force”. Pakistan, even though under pressure from the Donald Trump administration, continues to bet on a US withdrawal. Getting the Taliban’s foot in the political legitimacy door helps Pakistan seek a much bigger political role for that outfit than it deserves or can ever muster on its own.

It would be major surprise if the Taliban even considers the offer to open shop in Kabul. While both the Taliban and Pakistan pretend that the former is an enterprise free of the latter’s influence, the fact is that the Taliban did not last even two months without Pakistani patronage when the 2001 war started. Its reliance on Pakistan for military planning, logistics, medical care and sanctuary for the jihadists’ families remains as crucial as ever.

The Taliban war plan is also rather clear with the spate of its recent attacks across several provinces and in Kabul. The deadly terror attacks, especially in the capital, seek to delegitimise the central government, demoralise the Afghan people and erode their confidence in the Kabul dispensation.

The Taliban are also trying to mount attacks against peripheral cities and garrisons and seek to topple the regional governments but not necessarily hold ground afterwards. They will again attempt to move the face-off to the ethnically mixed regions, as they did in Kunduz a few years ago, in an effort to exploit the country’s ethno-linguistic fault lines. The thrust into the areas away from the Durand Line gives some level of deniability of Pakistani patronage and also compels the Afghan government forces to expose their southern and western flank, which could allow moving some elements – but not the core leadership – of the Quetta Shura over to the Helmand and Kandahar areas.

It is understandable that Ghani needed to exhaust the diplomatic bag of tricks, including a genuine and comprehensive peace proposal. Now that he has done so, he, the Afghan government and the US must plan in earnest for the next step. The Taliban have not issued a formal response to the Afghan government’s offer but their  bombings continue to speak on their behalf. An erroneous belief that has been peddled during this conflict is that all wars, including insurgencies, end with negotiations. This is far from the truth.

In the not-so-distant past, Sri Lanka neutralised the Tamil insurgency by force, while more recently Pakistan itself fought and militarily subdued the Pakistani Taliban, after several failed efforts at appeasement and negotiations. The Afghan and US governments must act in unison to not just neutralise the Taliban on the battlefield inside Afghanistan but to also go after their leadership, wherever they have sanctuary. Designating the Taliban as terrorists and their backers as sponsors of terrorism is the way to go, not the other way around. The US must prepare to go after the terror-financing engines that have bankrolled the Taliban war machine and sanction the individuals and regimes involved. In an asymmetric or guerrilla war where there’s no defined front, decapitating the insurgent leadership helps slow down its momentum, stir chaos within the cadres and eventually help break its back. Targeting the Taliban leadership and denying them sanctuary ought to be the US priority otherwise, as the old dictum holds, the guerrilla wins by merely not losing, while a traditional army loses by not winning. A US withdrawal must not be hasty, arbitrary or on the Taliban’s terms. It should take place if and when the peace process leads to it. A withdrawal, like that of the Soviets in 1989, will produce more war and chaos, not peace and stability.

The late Selig Harrison and Diego Cordovez had noted in their book, Out of Afghanistan: The Inside Story of The Soviet Withdrawal, that “Dr. Najibullah’s policy of national reconciliation went just far enough to antagonise hard-liners in the PDPA but not far enough to win over significant local tribal and ethnic leaders to support his government”.

A beleaguered Najibullah was hamstrung by a Soviet Union wilting on the vine but Ghani does not have any such problems. The genuine peace offer by Ghani is likely to expose the Taliban as the perfidious enemy that they are; meanwhile he, along with Afghanistan’s international backers should prepare for hitting them where it hurts.