The students objected to a play performed on campus justifying the assassination of Mahatma Gandhi. 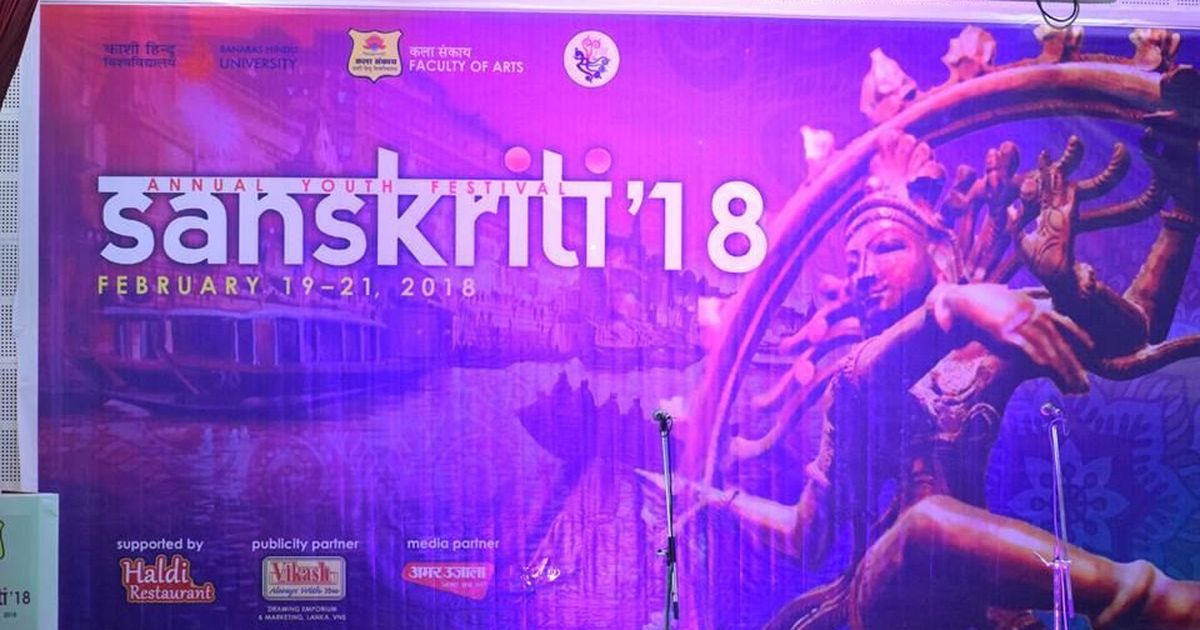 A poster for the Sanskriti '18 cultural festival held at Banaras Hindu University from February 19 to 21. Credit: Sanskriti/BHU/ Facebook

New Delhi: Several students of Banaras Hindu University (BHU) have written a letter to the police to complain against the organisers of the Sanskriti 2018 cultural festival held on the campus between February 19 and 21, claiming that a play which was performed glorified Mahatma Gandhi’s assassin Nathuram Godse.

According to a report in the Indian Express, students alleged that the play, which is based on the controversial Marathi play Me Nathuram Godse Boltoy (I, Nathuram Godse Speaking), portrayed Mahatma Gandhi in “poor light, held him responsible for Partition, and justified his assassination”.

“How did a programme, which hurts the country’s constitutional values be allowed? This is indicative of a larger conspiracy. Sentenced to death by the courts, terrorist Godse’s glorifying portrayal amounts to hurting the unity and pride of India and this is nothing less than deshdroh. We demand an inquiry into this,” the protesting students said in the complaint. 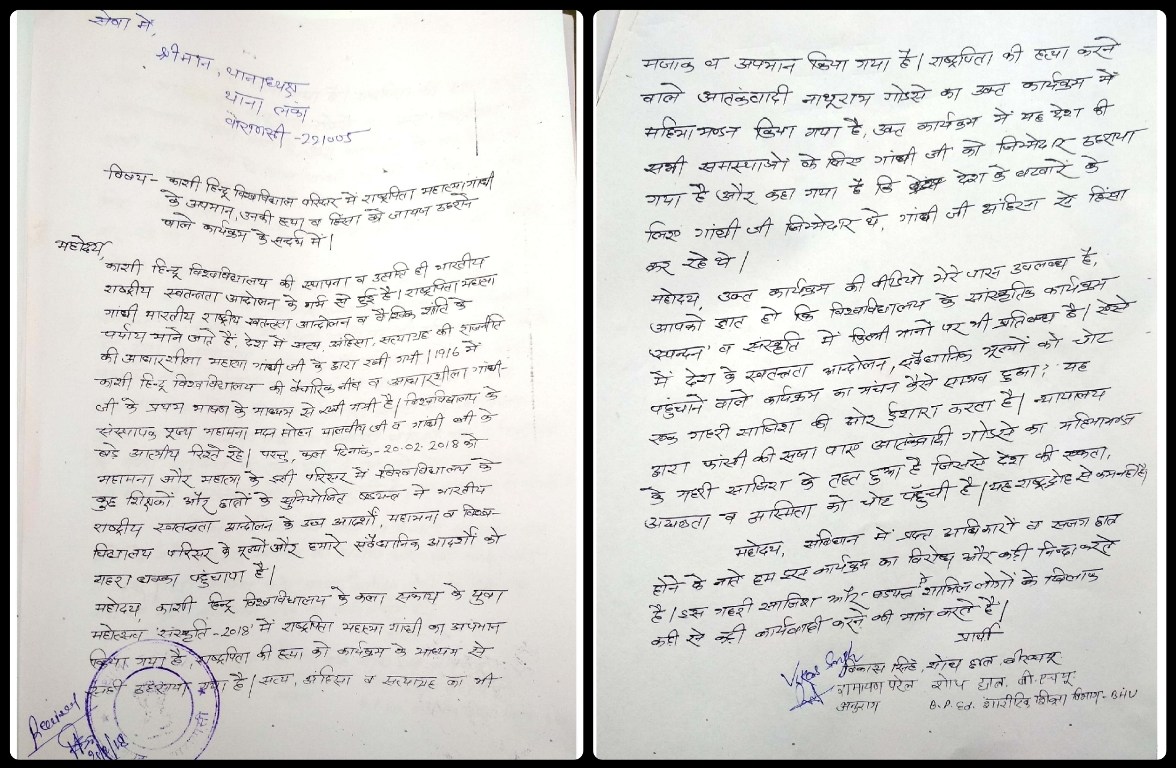 The complaint filed by BHU students.

The letter to the police said that glorifying Nathuram Godse, who was sentenced to death for assassinating Gandhi, amounts to sedition. “Yeh rashtradroh se kam nahi,” reads the letter.

The police confirmed that they received a complaint against the play which was lodged after a video clip of the play went viral on social media.

Sanjeev Mishra, Station House Officer, Lanka, said he has “accepted” the complaint and looking into the matter.

“We are yet to receive any videos of the programme. Once we receive them, we will inquire into the incident. The complaints have also been forwarded to the BHU’s proctorial board. We are investigating the matter, including some allegations of the performance being based on banned literature,” Mishra told the Indian Express.

Srinivas Pandey, the dean of the Faculty of Arts and a Hindi professor, said “there is nothing wrong in such portrayals” but he will look into the incident.

The Supreme Court has clarified several times that the law of sedition cannot be triggered merely by speech and that only speech accompanied by the direct incitement of violent could conceivably be considered a seditious act.

Mahatma Gandhi was shot dead at point blank range in New Delhi on January 30, 1948 by Godse, a right-wing advocate of Hindu nationalism. The assassination case led to the conviction and execution of Godse and Narayan Apte on November 15, 1949.

This isn’t the first time that the play Hey Ram Nathuram has been criticised for glorifying Godse. In January 2017, The Wire had reported on demonstrations in Kolhapur, Nagpur and Pune where the play by director Sharad Ponkshe had been staged. Ponkshe, as an actor, claimed to have played the role of Godse over 800 times.

“Nathuram Godse was an amazing character to portray. He surrendered after killing Gandhi. He refused to defend himself in court, saying he deserved the death sentence,” he said.

It’s not just him – Godse and his misguided patriotism are revered by many Hindu nationalists, who view his killing of Gandhi as a great favour to the nation.

In 2015, the Akhil Bharat Hindu Mahasabha, of which Godse was a member, tried to commemorate Godse’s hanging day – 15 November – as “balidan diwas“. According to media reports, Chandraprakash Kaushik, the president of the group said, “Godse was much more patriotic than Gandhi. I am very sure many people in the country think so.”

BJP MP Sakshi Maharaj also praised Godse though he subsequently tendered an apology for having done so.