It is to the credit of those who framed the question that they believed Satyapal Singh's comment was so wrong that calling it out was worth two marks only. 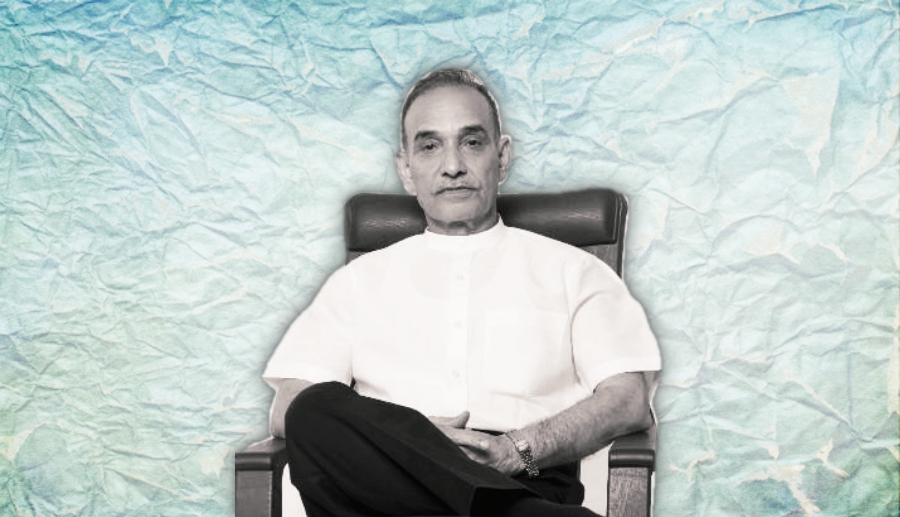 Will you pass the exam, minister? Credit: Wikimedia Commons

At an examination conducted recently at the Indian Institute of Science Education and Research (IISER), Pune, students were confronted with an unexpected question. For two marks, it asked the following:

The minister of state for Human Resource Development [MHRD] in India recently claimed that the Darwinian theory of evolution is wrong because “Nobody, including our ancestors, in writing or orally, have said they saw an ape turning into a man”. What is wrong with this argument? NOTE: This question is NOT asking why biologists believe evolution to be correct. It is asking why the quoted argument cannot be correct in terms of disproving the Darwinian theory of evolution.

The minister in question is Satyapal Singh, and the comment he made was to an audience in Maharashtra on January 20. Singh followed it up with a threat to remove the study of evolution from school curricula and a proposal that the MHRD would convene an international conference where evolution skeptics could gather and discuss the theory’s flaws. Backing him up was Ram Madhav, a high-ranking functionary of the Rashtriya Swayamsevak Sangh and the national secretary of the Bharatiya Janata Party, of which Singh is a member. 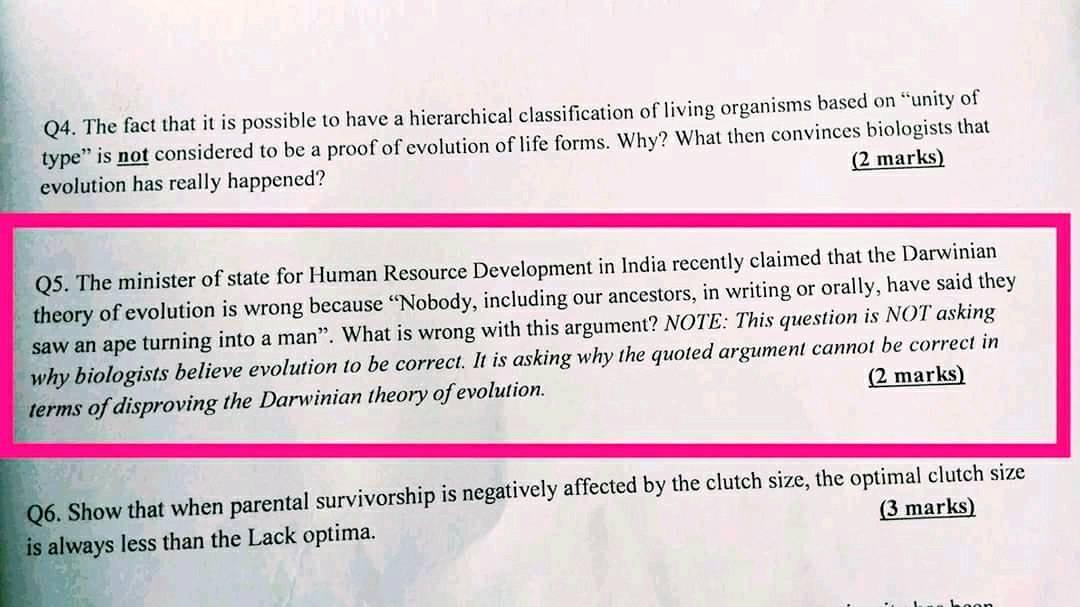 Thankfully, both their comments were drowned in a furore raised by scientists and science academies from around India, demanding that the minister reconsider his statements. That IISER Pune has joined in the way it has is endearing, probably because – as Mukund Thattai pointed out – the country’s education system is not, and has not been, good at inculcating critical thinking skills. And without them, few ministers and not many more people have the tools with which to question questionable claims and interrogate misguided beliefs.

A case in point is a reporter who asked Singh why he felt so strongly about the issue given there are “two sides to everything” and that “there is a debate”. There are not always two sides; believing so is surrendering to false balance.

The answer to the examination question would be that Darwinian theory does not claim apes turned into men or that the transformation occurred in a single human lifetime, let alone “in front of the eyes” of anyone, as Singh said. Instead, the theory posits that apes and humans have common ancestors on the evolutionary tree of life. It is further to the credit of those who framed the question that they believed Singh’s comment was so wrong that calling it out was worth two marks only.

Those who have missed cutoffs by two marks will now have the leeway to ask: dear minister, will you pass the exam?