It is becoming almost untenable for Tamil Nadu and Kerala to thrive in the Indian union as rational, self-interested sub-units. 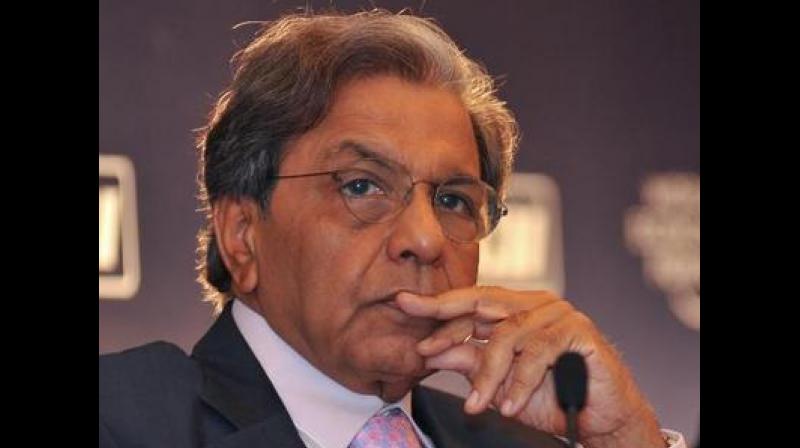 The 15th Finance Commission was constituted late last year under the chairmanship of N.K. Singh. The finance commission’s most telling role, as readers may recall, is to come up with the ratio in which the tax money that the central government raises gets divided among the states. This is ordinarily a boring task that few people are interested in.

In the case of the 15th Finance Commission, however, the stakes are so high that the future of the Indian union may well unravel based on its decisions.

The commission recently released a public notice in all newspapers, seeking suggestions from individuals and organisations. This was done with such little fanfare and in fonts so tiny that it made one wonder if those who sought it wanted no one to take notice. Buried in that notice was the reason, namely, a statement from the terms of reference that read: ‘the Commission shall use the population data of 2011 while making its recommendations’.

The decision to use Census 2011 entirely as the basis for population data is possibly the most important and consequential political event of our generation. The previous commission, the 14th Finance Commission, introduced that idea in a small way for the first time. It gave a weightage of 10% for Census 2011 data and even that hurt states like Tamil Nadu badly.

Until the 13th Finance Commission, the practice was to use 1971 Census data entirely, which was the last census before aggressive family planning initiatives were implemented. The 1971 data is also the basis for distribution of Lok Sabha seats, for instance.

The political consensus that ran this country was: we cannot arrive at ratios of distribution based on current population after asking states to aggressively implement family planning and control population.

It was a fair compromise to freeze allocation ratios – be it for number of MPs from each state or for allocating tax money  – given not doing so would punish success and be counter productive.

Between 1971 and 2011, Kerala and Tamil Nadu had an absolute growth in population of 56% and 75% respectively; the lowest among all states. That is understandable given their fertility rates have dropped to below replacement levels for a generation. Most other states had an absolute growth in excess of 100%. The data on the population baseline data in this 30-year period is eye opening.

A simple analysis of the data reveals that Tamil Nadu, had it merely kept pace with rest of India, would have added an additional 20 million people in these 30 years. Similarly, Kerala would have added ten million additional people had it kept pace with rest of India. Meanwhile, Madhya Pradesh, Bihar, Uttar Pradesh and Rajasthan together added about 50 million people more than what the already high norm for India is.

This differential is so enormous and that’s the reason why using Census 2011 data for allocating central resources is extraordinarily unfair to Kerala and Tamil Nadu.

That translated to a revenue loss of 6,000 crores. The state was the biggest loser owing to the change in allocation formula, which introduced 10% of the weightage being based on 2011 population data.

If the 15th Finance Commission, as the terms of reference have explicitly stated, uses 2011 data entirely, then Tamil Nadu’s allocation will go down so dramatically it’s hard to believe what the loss is likely to be. A simple back-of-the-envelope calculation suggests that the loss is likely to be in the range of 70% compared to the 13th Finance Commission allocation ratio, if the allocation for all other factors except population remained a constant.

Some experts have argued that having a weightage factor for dropping fertility rates is a possibility. Even if that were to happen, it’d be a mathematically complicated way of doing nothing. And to imagine that the new factor would erase the negative residual of Tamil Nadu and Kerala in the population chart of 1971 vs 2011 is to live in a fool’s paradise.

Using 2011 data to allocate resources among states, above all else, is a stunning rebuke of success. Why would a country punish a state so severely for successfully lowering its fertility rate by sending girls to school? What is the message that India is trying to send to Tamil Nadu? Or, to Kerala?

The simplest and most enduring correlate, worldwide, of a low fertility rate is high female literacy. Tamil Nadu has almost caught up with Kerala in terms of female youth literacy and that’s the primary reason for its dramatically lower population growth rate. This was in part achieved by the innovative idea to make mid-day meals universal, against the central government’s advice of a targeted approach; this adventurous policy succeeded and helped achieve lower dropout rates of girls from high school. Another important factor that kept girls in school: access to menstrual hygiene.

Both these policies were possible because of state level welfare politics that was competitive. It also helped that the virtuous cycle of lower fertility resulting in fewer people to care for which, in turn, resulted in greater ability to care for said fewer people. What the idea of using 2011 Census data does is, over and above the utilitarian impact, that it impedes such experiments in policy that are vital for success. They foster a sense of democratic participation at the state level – research has pointed to how that local participation and subnationalism is key to welfare. Tamil Nadu has almost caught up with Kerala in terms of female youth literacy and that’s the primary reason for its dramatically lower population growth rate. Credit: Reuters

Demographic divergence manifesting itself in the form of populous northern states asserting their political will over the more prosperous and less populous southern states is only beginning. A difference in fertility rate for a generation not only results in more babies in one state than the other, it also results in those babies growing up to become parents themselves in a couple of decades. There are far fewer young people in the southern states than in the northern states. So even if the fertility rates of north India fall dramatically, which is impossible given their poor levels of literacy, they’d still have a lot more young people in reproductive age and thus a lot more future babies.

The bind that Tamil Nadu and Kerala, in particular, find themselves in is: they are at a stage where their success is being used against them by India, which is seeking to aggressively redistribute resources based on brute demographic might. These states made improvements in health to find that the reward for that is to have less money to spend on health; their improvements in education meant they’d have less money to spend on education. Worst of all, their overall success in lowering fertility may well mean a loss of political representation if the 15th Finance Commission is any indication of how India will approach delimitation of Lok Sabha seats that’s frozen until 2026.

The Indian union has made it almost untenable for Tamil and Malayalee societies to thrive in the union as rational self-interested sub-units. The demographic divergence is overpowering the levers of politics via the finance commission and delimitation; tax policies like GST hurt states like Tamil Nadu the most and also make it impossible for them to raise their own revenues in the form of indirect taxes. The demographic might of north India has already normalised the use of Hindi to a large extent. Politicians from states like Uttar Pradesh are now campaigning in Kerala, as if the latter state has anything to learn from the former.

Societies organise themselves into countries in order to mutually benefit from such coming together. What the Indian experiment has arrived at is a demographic divergence so stark that it threatens to inflict the interests of one of society over another. More intractable is the demographic trend that will continue to exponentially widen this divergence. This is the point at which internal conflicts arise, as history has repeatedly shown us. Sir Tom Devine in his wonderful book Independence Or Union: Scotland’s Past And Scotland’s Present goes into the details of how it made perfect sense to have a Scottish Union in 1707 and how those reasons are no longer as valid in the 21st century.

In Scotland’s case, it actually received more money from Britain than it paid for in taxes in recent years. The Catalonian separatist movement makes the argument that it’s paying for rest of Spain and getting very little in return at the expense of its own linguistic and cultural subjugation; Catalonia, however, is under no threat of demographic divergence. Spain has a total fertility rate of 1.4. Faroe Islands, despite having enjoyed infrastructure and wealth pouring in from Denmark, is seeking independence because it feels linguistic identity is worthy enough a cause.

In the case of Kerala and Tamil Nadu, each of the above motivations – of Catalonia, of Faroe Islands and of Scotland – holds true. Further, there is the threat of demographic divergence wiping out all gains that these societies made in the past generation. One can look at the 15th Finance Commission as a bureaucratic exercise and miss the point entirely.

Or one can look at it as a fault line that’s far more serious than religious intolerance and bigotry, which it actually is in many ways.