According to the Global IIM Alumni Network, the attempts they made to convince the board and director of IIM Ahmedabad to implement reservations in their doctoral programme went unheeded. 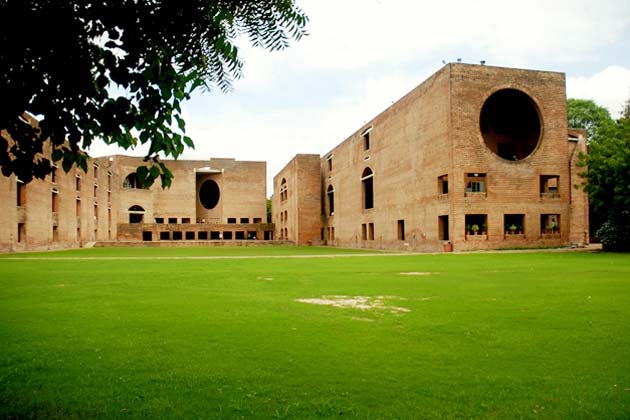 New Delhi: Members of the Global IIM Alumni Network – a group of people across the world who have graduated from various branches of the Indian Institutes of Management (IIMs) – have filed a petition in the Gujarat high court on Friday (January 12) against IIM Ahmedabad alleging that the institute has failed to follow the constitutionally-mandated reservation policy in its doctoral programme.

The matter was heard by the high court on Tuesday (January 16). The petitioners had asked for a stay on the admission process, but the court declined, saying it would be unfair since there are only a few days left before the application deadline, Anil Wagde of the Global IIM Alumni Network told The Wire. However, the court asked IIM Ahmedabad and the Centre to respond to the petitioners’ demand by February 7 and added that the outcome of the application process would be subject to the results of the writ petition. “So if the court rules in favour of the Global IIM Alumni Network, IIM Ahmedabad will have to implement the reservation policy from this year itself,” Wagde told The Wire.

According to a press release issued by the Network, attempts made by the alumni group to persuade the board and director of IIM Ahmedabad to change the way admissions are conducted to the Fellowship Program in Management and implement the reservation policy went unheeded. The Ministry of Human Resource Development had also written to IIMs asking that they implement the reservation policy and address the lack of social diversity on campus.

The issue of the lack of diversity within IIMs was first raised by Siddharth Joshi and Deepak Malghan, a fellow and faculty member at IIM Bangalore respectively. They had pointed to the dismal diversity records and very low number of SCs, STs and OBCs at the faculty level in various IIMs based on data they got through filing RTIs. They traced this lack of diversity in the faculty back to the doctoral programme, since a large number of those hired to teach at IIMs are graduates of this programme.

Ever since Malghan and Joshi made their data public, the Global IIM Alumni Network has been writing to the boards and directors of various IIMs, asking them to address the issue. However, in admission guidelines released in September 2016, IIM Ahmedabad chose to stick to their ways and not implement the reservation policy in their doctoral programme. The Global IIM Alumni Network says in the press release announcing their decision to go to court:

On August 26, 2017, the Network had written to all the Directors of IIMs urging them to address the stark under-representation of historically marginalized SC, ST and OBC communities on the faculty body of IIMs.

Choosing to ignore its legal obligation, IIM Ahmedabad went ahead and published Notice of FPM Admissions 2018-19 without provisions of reservations mandated by Central Educational Institutions (Reservation in Admission) Act 2006.

On 18 Sept 2017, several members of the Network met Prof. Errol D’Souza, Director-in-charge  of IIM Ahmedabad and urged him to implement SC/ST/OBC reservation in their Doctoral program and faculty positions given the utter lack of diversity.

Having received no positive commitment from IIM Ahmedabad, the Network had written to the Hon’ble President as well as Prime Minister Mr. Narendra Modi on 27 Sept 2017, calling on them to ensure implementation of Constitutional provisions across all the IIMs. The letter was also copied to Ministry of Human Resource Development and all the Members of the Parliament.

Since then, multiple IIMs including IIM Bangalore, IIM Lucknow and IIM Indore have implemented reservations in the admission notices to their respective Doctoral programs after more than 50 years of their enactment. But IIM Ahmedabad, the oldest IIM, continues to deny reservations to students from marginalized sections of the society.

Faced with complete disregard for diversity by an eminent institution like IIM Ahmedabad even after years of denial of due representation to students from SC, ST and OBC communities and having exhausted all avenues of persuasion, the Global IIM Alumni Network has filed a Petition against IIM Ahmedabad, asking for reservation provisions to be enforced.

…The recently enacted Indian Institutes of Management Act, 2017 further puts the onus of implementation of reservation policy on the respective institutes. The top IIMs have the moral obligation, beyond the legal requirement, to ensure adequate diversity on the campus.

As a part of their research, Joshi and Malghan filed various RTI requests to try and understand the decision-making process. However, they say, they were stonewalled. As they wrote in The Wire: