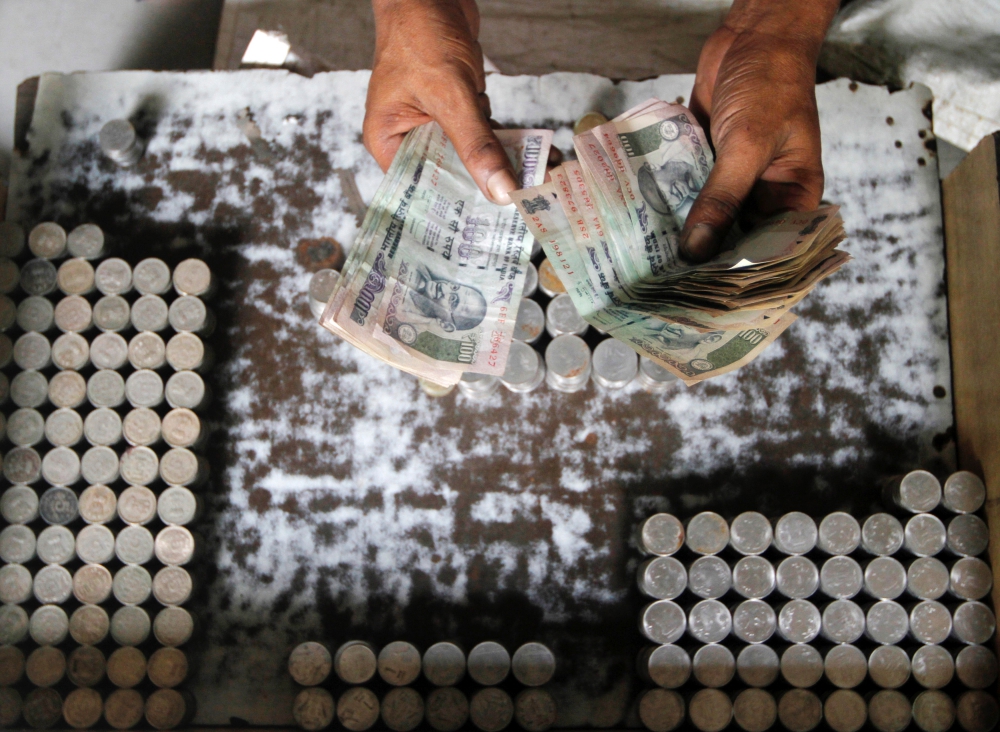 The victims include farmers, labourers and senior citizens from rural areas of southern Rajasthan. Credit: Reuters

When Sohandas, a 75-year-old farmer from Udaipur, sold the only piece of land he owned, he hoped the money would help him and his 65-year-old wife with financial security during old age. After building a small house, he deposited the rest of his money (Rs 7,50,000) in a fixed deposit at ICICI bank’s Udaipur branch.

“Nine months later, I started receiving calls from Mumbai asking me to deposit another Rs 7,50,000, failing which I’d lose my original deposit. When I showed the bank documents to a lawyer, I was told it was an insurance policy, which required me to deposit the same amount every year”.

Sohandas, however, is not alone. There are hundreds like him – a labourer who was relieved of the insurance money she received upon her husband’s death; a government employee whose gratuity melted away; a poor farmer whose agricultural loan was appropriated.

The victims include farmers, labourers and senior citizens from rural areas of southern Rajasthan, including beneficiaries of central government schemes like the Kisan Credit Card and MGNREGA, all of who were duped by officials from ICICI bank into buying insurance policies with huge recurring annual premiums, the police says. 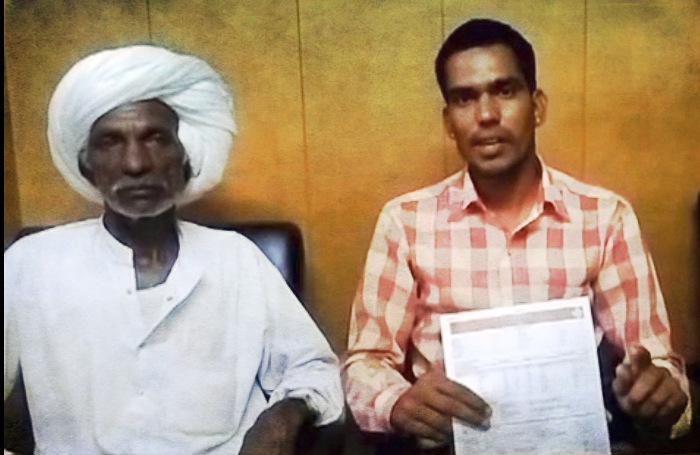 In a preliminary probe, the special operations group (SOG) of the Rajasthan police established the existence of this  fraud following a complaint by a whistleblower, Nitin Balchandani, an ex-employee of ICICI Prudential.

According to the SOG investigation, the bank and its officials misled consumers and violated regulatory norms issued by the Insurance Regulatory and Development Authority of India (IRDAI).

“These banks and insurance firms have unrealistic monthly targets. In this case, whenever they gave out loans to farmers or other vulnerable applicants, they put a substantial part of the money in insurance policies with recurring premium. In some cases, they put the entire loan amount in such policies. The farmer has no idea. It’s a comprehensive fraud,” inspector general of police (SOG) Dinesh M.N. told The Wire.

Bholi Bai, a wage labourer under MGNREGA, wanted to put the insurance money she received at her husband’s death into a fixed deposit. The officials at ICICI bank’s Kelwa branch sold her an insurance policy instead.

Bholi, a MGNREGA labourer earning about Rs 3000 a month, thought her money was safe in a FD since she believed “bank mein kuch galat nahin hota (the bank could do no wrong)”.

“I got insurance of Rs 1,00,000 at my husband’s death. I wanted an FD but the bank put my money into an insurance policy. I realised it months later when my mamaji (uncle) saw the bank documents. When I approached them, they told me I had to deposit Rs 50,000 every year only then I would get my money back,” she says.

The Wire sent detailed questionnaires to both companies asking for their comments on the pre-investigation and subsequent FIR. Both companies, however, refused to respond despite repeated emails and phone calls to their officials as well as Adfactors PR, the agency handling their public relations portfolio.

Typically, the officials asked the consumers – who would either want to deposit money or seek loans – to put a part of their money/loan into a fixed deposit (FD). They would then make the applicants sign policy documents written in English, claiming they were for an FD. Since most of their customers couldn’t read or write English, they would have no idea about the product they were signing up for.

Manohar Das Vaishnav, who trusted the bank with his retirement money, was shocked when he learnt he had been sold an insurance plan which required him to pay a premium of Rs 1,00,000 every year.

“I got Rs 4,00,000 as gratuity from my employer on retirement. The money was deposited in the ICICI branch in Fatehnagar Udaipur. They got me to sign a form written in English saying it was for a fixed deposit. But they withdrew Rs 1,00,000 from my account and put it in an insurance plan,” says Vaishnav (63), a retired employee of Tilam Sangh, a state run oil company.

The SOG investigation found several irregularities by bank officials – faking age (lowered) and annual income (increased) of applicants, making calls to ICICI call centres posing as the consumer to establish consent, faking witnesses and not cooperating with the police.

“So far, our investigation has revealed fraud and serious violation of IRDAI guidelines. The bank and the insurance authorities also did not cooperate with the investigation and tried to mislead us. The scale of this fraud is massive,” Mahaveer Singh Ranawat, additional SP (SOG) who conducted the preliminary investigation, told The Wire.

The pre-probe established the connivance of officials from ICICI bank, and ICICI Prudential Insurance company. 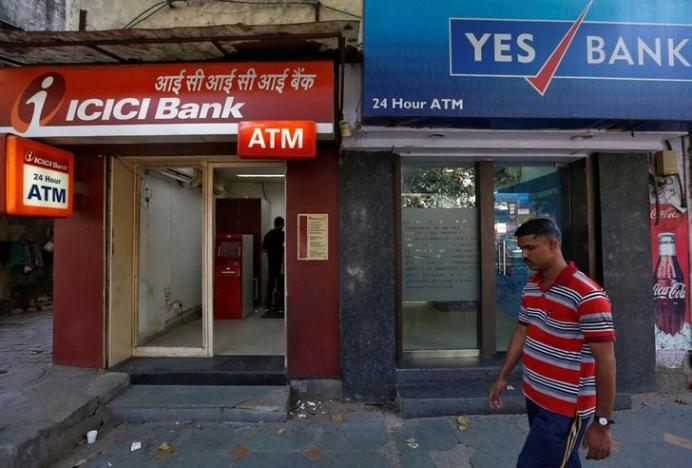 ICICI Bank and ICICI Prudential Life Insurance officials are under the scanner for violating norms and not getting informed consent. Credit: Reuters

“The complainant got a loan under his Kisan Credit Card from the bank. The bank manager and some officials issued him an insurance policy, with a recurring annual premium of Rs 50,000, out of the loan amount.  The victim was told it was a fixed deposit and made to sign policy documents in English, fraudulently,” the SOG’s investigation report, accessed by The Wire, reads.

“IRDAI norms require the consumer’s signature on the benefit illustration document, which was not done. The applicant’s educational qualification and annual income were falsely increased (to meet eligibility criteria). The applicant says his signature was forged on form 61 (required for premium over Rs 50,000).

Balchandani, the ex-employee who blew the whistle on the fraud, says most insurance companies resorted to similar ploys to meet their targets.

“The fraud was in connivance with ICICI bank and ICICI Prudential. While I was an employee, I informed the senior management about these unethical practices. [However], they started harassing me and pressurised me to leave the company,” says Balchandani.

“I left the company after serving my two-month notice period. Then I started my consulting firm where we raised issues of such poor farmers, widows, BPL members, students etc with the RBI, IRDAI, the Serious Fraud Investigation Office, finance ministry and the Prime Minister’s Office,” he adds.

After leaving ICICI, Balchnadani claims to have helped 400 people get their money back from “almost all insurance companies”.

“However, more than 250 clients were just from ICICI. I believe the level of this fraud is institutional. They have branches in rural areas and had access to database of illiterate people who trusted the bank, which the bank used for their own benefit and target completion,” he alleges.

While ICICI Prudential officials did not answer any queries raised by The Wire over email, some officials met this correspondent privately on December 13.

During the meeting, Rajiv Adhikari, the vice president of corporate communication and investor relations, ICICI Prudential, claimed that the company had returned the money to some of the complainants whose names came up during the SOG’s pre-investigation. 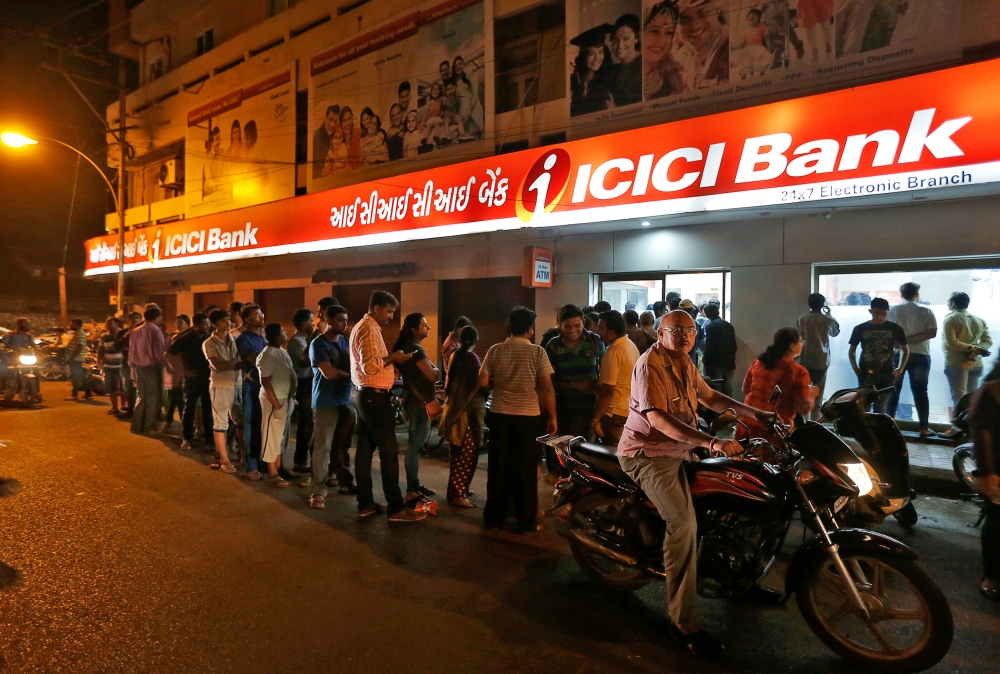 The bank has claimed that it has returned the money to the complainants and also alleges that the whistleblower employee helped in duping the customers. Credit: Reuters

However, the police doesn’t accept these claims. SOG additional SP Mahaveer Singh Ranawat maintains that ICICI and ICICI Prudential officials did not cooperate at all with the investigation. He re-affirmed his stance when The Wire contacted him to ask about the company’s version.

“They might have given the money back to not just three but 30 victims. They did that out of fear of the police. But does that mean there was no fraud? Tomorrow if someone steals money from you and then returns it, would it not be theft?” Ranawat said.

ICICI Prudential officials also accused Balchandani, the ex-employee and whistleblower, of misappropriating money from some clients. Adhikari said the company had filed an FIR against Balchandani, who had to spend a month in judicial custody.

“Yes there was a case against him filed by the company but all I know is it’s in the trial stage now. Whatever the outcome of that, it does not absolve the company and its officials from the crime they committed,” Ranawat told The Wire.

On April 1, 2016, Saini, associate regional manager, filed an FIR against Balchandani at Udaipur’s Bhupalpura police station for harming the company, duping consumers, stealing sensitive data and causing financial loss. However, on April 30, 2016, the police presented a closure report in the court based on the fact that it had not found any wrongdoing on Balchandani’s part.

“The complainant alleged that the respondent (Balchandani) stole sensitive company data but couldn’t present any evidence proving it…the respondent helped those consumers get their money back who approached him after the company failed to help them…(Balchandani) did not profit from the company, nor did the company suffer from any illegal harm…had he duped any consumer, they would have surely complained against him…the investigation clearly establishes that consumers reached out to him because the company did not inform them of the risks and benefits of the policies, nor of the rules regarding getting their money back,” the final report, submitted by investigating officer Himmat Singh in the court, read.

Balchandani claims the case was later re-opened without the standard operating procedure in May or June last year and he was taken into custody on September 26, 2016, just a day before the high court was to begin hearing the PIL filed by him, and consequently, he could not appear in the court.

“After the closure report, the ICICI group again approached me in May 2016 and a meeting was held in Hotel Radisson on June 8 and subsequently on July 5 wherein again I was requested (not threatened this time) to not escalate the cases to regulatory authorities and was promised an appreciation letter for my services and appropriate help by the ICICI group in getting certain approvals from IRDA in setting up of a consumer advocacy group for helping clients affected by misselling of insurance products. However they later refused any appreciation letter or anything else in writing,” Balchandani told The Wire.

“By this time we had realised that our complaints are falling on deaf ears and only the cases highlighted by us were being resolved and the company took no action against their employees to stop such corrupt practices. So I filed a public interest litigation in Rajasthan high court on September 21, 2016, which was listed to be heard for admission on September 27. But I was taken into custody just one day before my scheduled court appearance,” he claims.