"Premani’s death is a grim reminder of how vulnerable people like her routinely experience uncertainties in accessing their lifelines owing to complex systems like Aadhaar.” 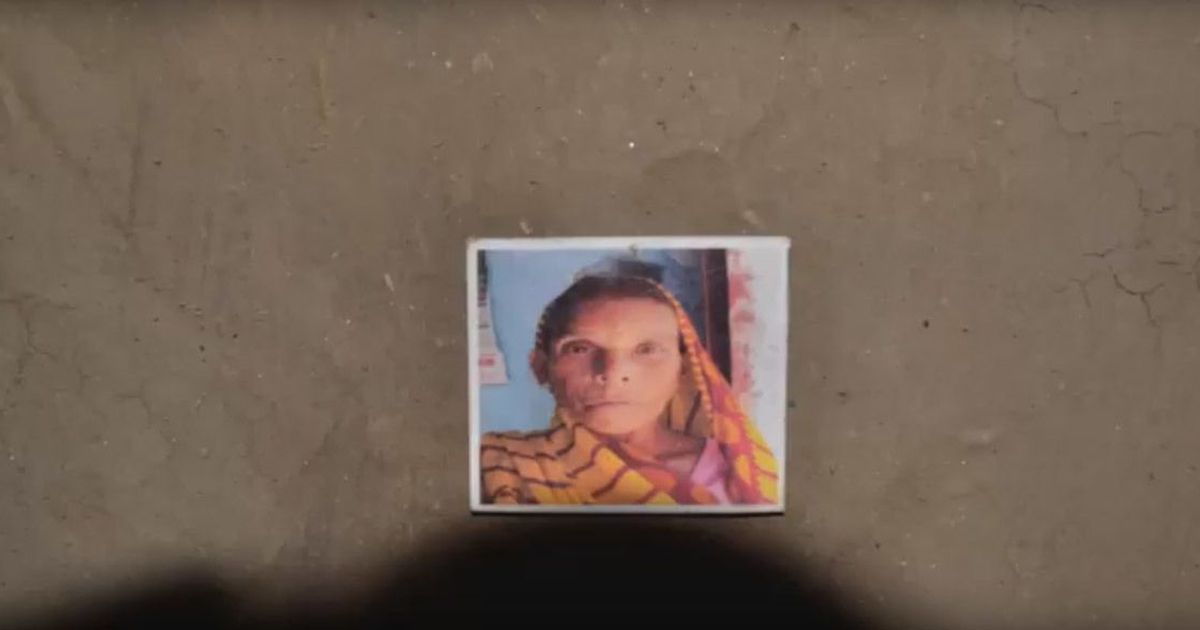 “Premani’s death is a grim reminder of how vulnerable people like her routinely experience uncertainties in accessing their lifelines owing to complex systems like Aadhaar.”

New Delhi: Just days after the Jharkhand food and civil supplies minister Saryu Roy admitted to the government’s mistake in an alleged starvation death case, activists have charged that there has been another death, this time of a 64-year-old widow, Premani Kunwar, due to the Aadhaar-bank integration system.

The Right to Food Campaign has said that Kunwar died of hunger and exhaustion on December 1 in Danda block of Garhwa district, since the State Bank of India had diverted her old-age pension. It said that while the elderly woman had been receiving her pension till September, without her knowing it was then redirected to the SBI bank account of Shanti Devi in Piprakala branch (22 km from Danda). Shanti Devi had died 25 years ago and was the first wife of Kunwar’s husband, late Mutur Mahto.

The Campaign, which comprises well-known rights activists from different organisations and movements, said that after it released a fact-finding report on Kunwar’s death, the Unique Identification Authority of India (UIDAI) conducted an inquiry on December 8. The report, they say, acknowledged that Kunwar’s old-age pension had indeed been credited to Shanti Devi’s account, which was linked to Kunwar’s Aadhaar on October 10.

It said the report further admitted that Kunwar had not received her ration for the month of November despite the dealer authenticating her biometrics in the point of sales machine for that month and making an entry of 35 kg in her ration card.

While it has become clear that Kunwar died amid abject poverty and even her son, Uttam Mahto, had testified to the fact that she died due to starvation, the Campaign alleged an attempt by the local administration to cover up the actual cause of her death since according to the report of the block development officer of Danda, her son testified that her death was due to illness.

It said that the administration has conveniently overlooked the fact that “in the absence of PDS grain, she had to borrow rice from her neighbours to survive.” Further, it said, “there is no doubt that Premani lived in a state of semi-starvation. It is now well established that she did not receive her grain entitlement for August and November and her pension for September and October.”

“Premani’s death is a grim reminder of how vulnerable people like her routinely experience uncertainties in accessing their lifelines owing to complex systems like Aadhaar.”

However, not only is the administration denying fault, it has also started targeting local whistleblowers who drew attention to Kunwar’s death due to starvation. The group said FIRs have been filed against Birendra Chowdhary, Pramukh, Kalicharan Mahto and Sushma Mahto for “causing disruption of government inquiry and for instilling fear in the government inquiry team”.

Police, bank report point to complicity of many

Citing newspaper reports, the Campaign said that according to the police, Kunwar, along with her youngest step-son, Sunil Mahto, had “fudged her Aadhaar card” to avail Shanti Devi’s family pension. Shanti Devi’s account was being credited monthly with a family pension amount of Rs 849 from the Coal Mines Provident Fund. The manager of the SBI branch at Piprakalan has in his report to the inspector of Garhwa police station submitted that Shanti Devi’s account was operated by Kunwar and her family members. A sum of Rs 30,000 was withdrawn in the name of Shanti Devi on November 6, according to this report. Following Kunwar’s death, police arrested Sunil on December 13 for the same.

While from these reports it appears that the deceased was fraudulently withdrawing pension which was coming in the name of Shanti Devi, the Campaign said that several questions remain unanswered.

“As per the UIDAI report, the name in Premani Kunwar’s Aadhaar (UID no XXXXXXXX7606) was changed to ‘Shanti Devi’ on 23 September 2015. This report fails to explain how, despite this change, Premani Kunwar continued to receive her pension in her Aadhaar linked bank account till September 2017. There is also no explanation of how a bank account could be opened in the name of Shanti Devi in 2007, given that she died over two decades ago,” it asked.

Stating that the know your customer (KYC) details of Shanti Devi’s account were last updated on December 7 – just a day before the UIDAI team’s visit – the Campaign said this raises suspicions over “complicity of bank functionaries, among others, in the fraudulent withdrawal of money from this account”.

It further said that the bank manager of the Piprakalan branch refused to share with the Campaign the KYC documents that were used to open Shanti Devi’s account. “There is also no explanation from UIDAI on how UID no XXXXXXXX7606 was linked with bank account numbers of Premani Kunwar as well as Shanti Devi.”

Asserting that the case has highlighted the problems associated with the Aadhaar-bank integration system, the Campaign pointed to the recently-unearthed controversy of Airtel opening bank accounts and force-seeding them with Aadhaar numbers without obtaining the informed consent of the customers in question.

Similarly, it said that in 2016, ICICI Bank opened accounts of around 6,000 NREGA workers in Boram block of East Singhbhum district without their consent and linked them to their Aadhaar.

Pointing out that “shell accounts have been used to siphon off NREGA wages, as a recent investigation in Mahuadanr Block (Latehar district, Jharkhand) revealed,” it noted that while the police report held Sunil solely responsible for the fraudulent withdrawal of money from Shanti Devi’s bank account, even if he was involved in this misdeed, he could not have done so without the complicity of others.

Finally, deploring Jharkhand government’s denial of the role of Aadhaar integration with welfare programmes or any administrative lapses, in this case, the Campaign charged that “it has instead been harassing the surviving members of the families suffering from starvation.” In light of the facts of the case, it has sought that FIRs against the local whistleblowers be withdrawn and the role of those complicit in Kunwar’s death be probed.